Sleeping cutie! Mother films her toddler asleep in funny positions as the two-year-old moves from a crib to a bed

By Lizzie May For Mailonline

A mother has filmed adorable footage of her two-year-old daughter sleeping in comic positions as she gets used to being in a ‘big girl bed’.

Single mother Megan Foster, 28, from Kelowna, British Columbia, Canada, decided to move her daughter Oaklyn from her crib to a bed after her second birthday.

But things didn’t quite go to plan when the toddler started dozing off everywhere but her mattress. 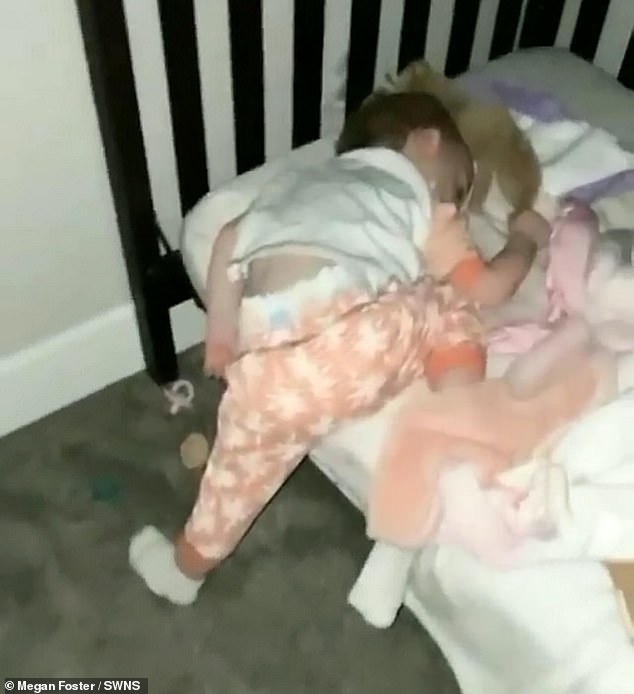 Single mother Megan Foster, 28, from Kelowna, Canada, decided to try to adjust her daughter Oaklyn’s sleeping arrangements from the crib to her ‘big girl bed’ 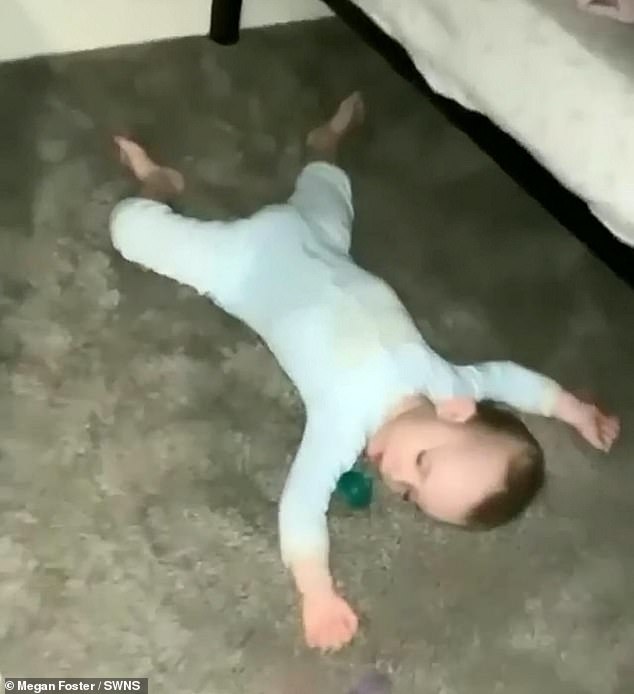 Oaklyn was filmed sprawled on the carpet, among a variety of comic positions in the video montage made by her mother

In the video montage, Oaklyn can be seen in a variety of different positions including under her bed, hanging off the end of it and sprawled on the carpet.

The footage shows her getting used to no longer being constrained by the bars of her crib, and the results are hilarious.

Ms Foster, a business owner, said: ‘Oaklyn has always been a great sleeper.

‘She has slept through the night since five months old, but started climbing out of her crib just after her second birthday. 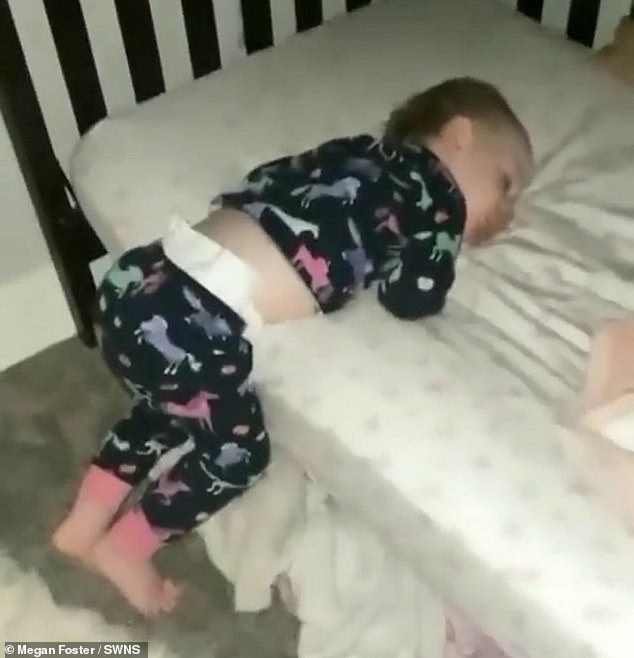 Megan, from Kelowna, said: ‘Oaklyn has always been a great sleeper’

‘She’s my little wild child and I tried everything to keep her in her crib, but she would climb out almost instantly.

‘I decided it was time to transition her, but I wasn’t prepared for it to happen so quickly so she didn’t have a bed rail yet.

‘These clips are from the first week of her big girl bed around 9pm every evening where she would fall asleep all over her room – it was the funniest thing.

‘It only took about two weeks for it to stop happening whilst she got used to the changes.

‘The only time she gets out of bed now is to come and snuggle with me which is always very welcome!’ 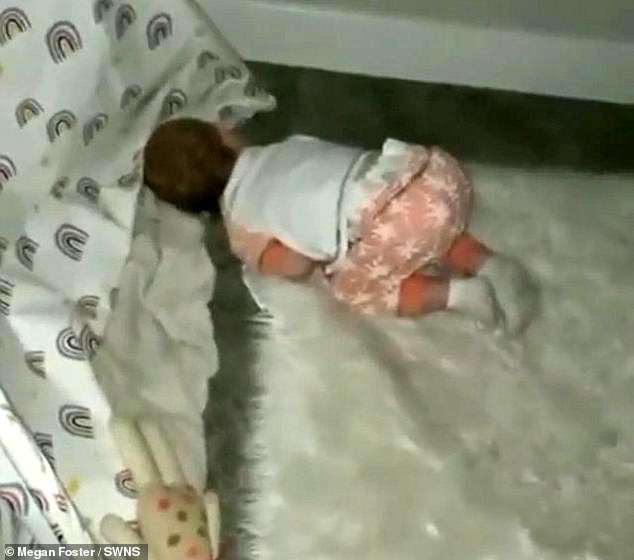 Miss Foster, who has over 10,000 followers on Instagram, sells social media training courses.

She shared the adorable clips on her TikTok page, where it gained 5.1million views and 740,000 likes.

One user said of the footage: ‘I mean, she’s sleeping. I call it a win.’

Another said: ‘That kid is going places, not on her bed, but places.’

One other added: ‘Babies are the funniest sleepers.’