Nine people have been killed, and at least 70 wounded, in a series of bomb attacks at a shopping area in Thailand.

The devices were hidden inside motorbikes and cars and detonated by mobile phones.

Suspected Muslim insurgents are believed to be behind the attacks which happened as people gathered for lunch in a commercial hub of Yala city, in the insurgency-plagued south of the country. 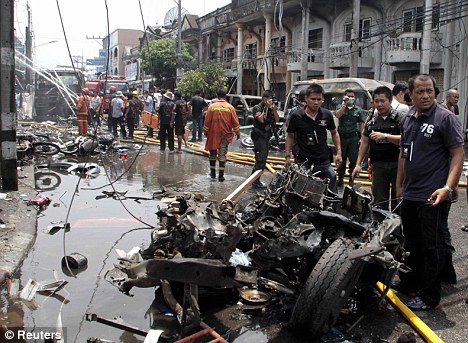 The bomb blasts bear the hallmarks of Muslim insurgents

Governor Dethrat Simsiri said that 68 people were wounded by three blasts that occurred within a 100m radius and just minutes apart.

He told Thai television many of the injured were hit by the third bomb, hidden in a car, as they gathered at the scene.  A total of 23 remained in hospital he said.

‘We are not sure which group of suspected Muslim insurgents were behind this but we are looking,’ he said.

The first bomb was hidden inside a motorcycle parked near a shopping area and detonated by a mobile phone at about noon, the governor said.

Within minutes, a second bomb hidden in another motorcycle exploded, followed by a third explosion from a device placed in a car that set fire to nearby buildings, he said. 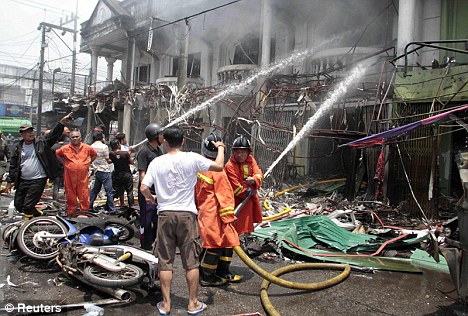 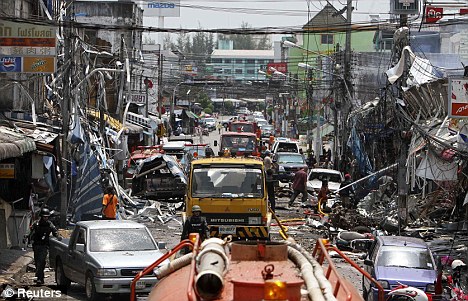 Bombings like this are a common tactic of Islamist separatists who have been waging an insurgency in Thailand’s three southernmost provinces since early 2004. The conflict has taken more than 5,000 lives.

Yala, Narathiwat and Pattani are the only Muslim-dominated provinces in the predominantly Buddhist country.

Separately, a blast occurred at a hotel in the city of Hat Yai, in the nearby province of Songkhla, that officials attributed to a gas leak and said was unrelated to the attacks blamed on insurgents.

Several tourists staying at the Lee Gardens Hotel where the blast took place suffered from smoke inhalation after the midday explosion, which occurred in a Japanese restaurant on the ground floor of the hotel, said police. 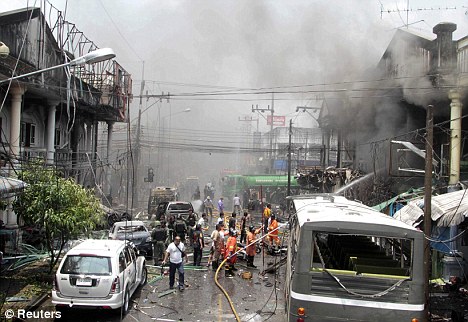 Resistance, calamity and looting in a Kyiv suburb #Breakingnews

‘He doesn’t have a long life ahead’: Putin suffers from ‘grave’ illnesses, says Ukraine’s...

‘All is lost’: Floods in India’s Assam leave trail of destruction #Breakingnews