Britain’s biggest nursery operator, Busy Bees, could be about to change hands for up to £3.5bn

Britain’s biggest nursery operator could be about to change hands for up to £3.5billion.

The Ontario Teachers’ Pension Plan – the Canadian investor that owns the Camelot national lottery – is weighing a sale of Busy Bees that could lead to a formal auction process of the business next year, City sources said.

The fund, which manages more than £200 billion for Canadian teachers based in Ontario, bought a majority stake in the chain from the founders for £220million in 2013. 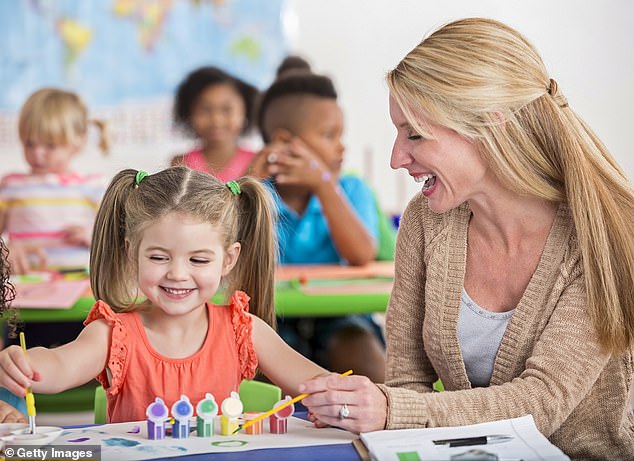 Growth mode: The Busy Bees empire was snapped up for £220million in 2013

Teachers John Woodward, who died last year, and Marg Randles hatched the idea of setting up Busy Bees in 1983 when they were having lunch with their spouses in a pub in Lichfield, Staffordshire.

Woodward’s wife Lynn was pregnant with their son and the couples were bemoaning the lack of flexible good quality daycare.

So the four sold their houses and bought a large property in Lichfield, turning the ground floor into a nursery. They lived in the flat upstairs, sent their children to the nursery and used their kitchen as a staff room during the day.

Since then, the group has grown substantially and is now the largest provider of nurseries in the United Kingdom. It operates 379 across Britain and Ireland.

City sources said Busy Bees generates between £150 million and £200million of earnings, so the company could be sold for between £2.5billion and £3.5billion.

A spokesman for the Ontario Teachers’ Pension Fund declined to comment.