A New York City college president who was fired for sexually harassing at least 10 women and settling out of court with them has been reinstated to his old job.

Alex Shchegol was fired from his job as president of ASA College in Brooklyn in 2019, after at least 10 students and staff members accused him of sexual misconduct – including rape, sending unsolicited pictures of his penis and coercing students who relied on him for employment or visas into sex.

The allegations resulted in more than $2 million in out-of-court settlements, according to a letter from the college’s board to the NYC Commission on Human Rights.

But last month, he was reinstated as the head of the for-profit school, with campuses in New York City and Florida, the New York Daily News reports.

He had shared a letter with the college’s Board of Trustees from his sex addiction therapist saying she worked with him on issues of ‘victim empathy’ and ‘accountability.’

The letter reportedly said he ‘understood how he should behave with employees and students.’

When the board initially rejected his request for reinstatement, the Daily News reports, he ousted five members of the seven-member board who voted against his reinstatement and replaced them with allies, who voted for him to get his job back on October 11. 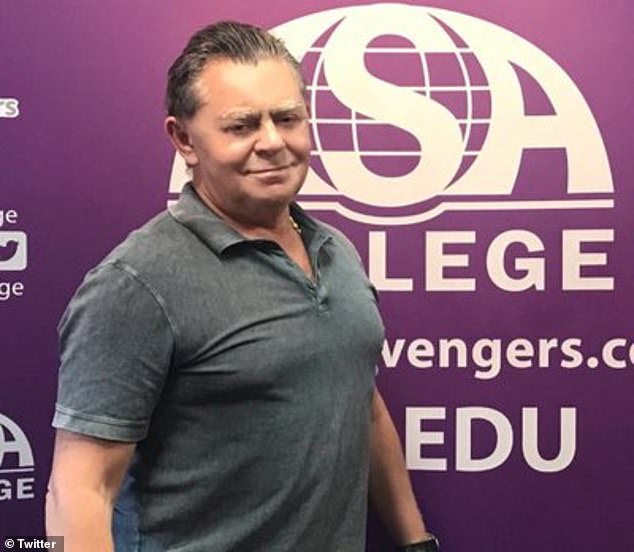 The for-profit school has locations in Brooklyn, Manhattan and Florida

The allegations against Shchegol go back more than a decade – to 2006, when Irina Akhmetzyanova, a Russian immigrant and student at ASA, filed a lawsuit in Brooklyn Federal Court alleging that he personally offered to help her obtain a visa, then sabotaged the application.

He only offered to fix it if she had sex with him, the lawsuit claimed, though Shchegol denied all claims and argued ASA ‘conducted an adequate investigation.’

The lawsuit was discontinued without a settlement, the Daily News reports.

But a former employee who worked in the college’s office for international students said it was common for Shchegol to target new immigrants.

‘I can’t tell you how many times that I’d be sitting with a student the first time after they arrived in the country, and 10 minutes later it would be a call from Alex saying, “Where does she live? Does she have a boyfriend?”‘ the former employee, whom the Daily News did not name, said. ‘It was crazy.’

Then, in July 2018, former employee Irina Mokova accused him of enlisting her help to pick out attractive students to solicit.

She claimed in a lawsuit he once accidentally CCed her in an email with a picture of a penis meant for one of the students.

‘For decades, Defendant Shchegol would require employees, including Mokova to arrange meetings between himself and attractive international students or prospective students, so he couple proposition the students for sex,’ the lawsuit read.

The school paid Mokova $500,000 to settle her suit, according to board records obtained by the Daily News.

Another accuser reportedly said Shchegol sent her an unsolicited picture of his penis.

‘When I confronted him with “What was that?” He was like “Oh my God, it was a mistake'” the accuser recounted. ‘But it was clear, there’s nothing more clear than a picture.’

At least six other women came forward with allegations of sexual harassment or assault, according to a 2019 letter from the ASA Board of Trustees to the City Commission on Human Rights, which opened an investigation into ASA following Mokova’s 2018 lawsuit.

The investigation is still ongoing, a spokesperson told the Daily News, even as the as Shchegol spent $2.2 million to settle six sexual misconduct claims.

According to former staff members, Shchegol was able to perpetuate his sexual harassment with the help of a tight-knit group of loyal staff.

Shchegol’s wife was also the head of human resources for the for-profit college at one point, making it difficult to make a claim about him, one accuser wrote in a lawsuit.

‘I was witnessing all this stuff,’ said Victoria Kostyukov, the former vice president of Admissions and Marketing for the school, who was once a close confidante of Shchegol and is related to him through marriage.

‘I was doing my job, trying to cover his ass.’ 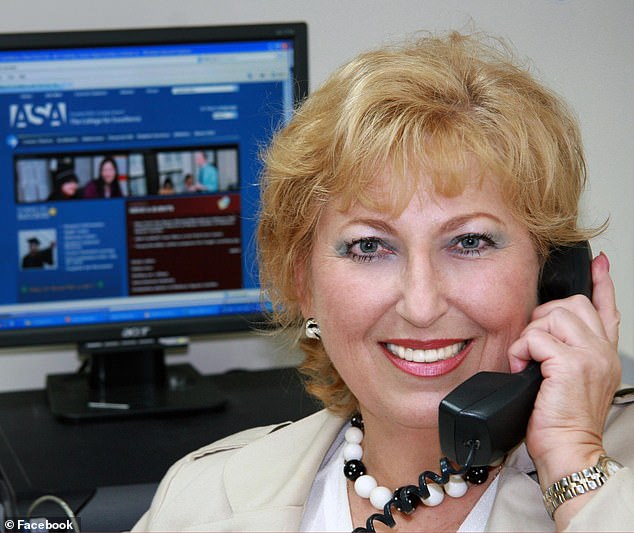 Former employee Irina Mokova accused Shchegol of enlisting her help to pick out attractive students to solicit in a 2018 lawsuit, and he was ousted from his position as president one year later

In 2019, the Daily News reports, he was ousted from his position as the head of the school, which focuses on preparing its 3,000 students for jobs in technology, healthcare, business and criminal justice.

He met with the college’s Board of  Trustees in late September to ask for another chance, claiming he was the right man to lead the college.

The board rejected his request for reinstatement at that time, with board member Terrence Lyght saying: ‘You do something like that, you’re out, that’s it.

‘You did a wrong, you know the consequences.’

But, in addition to being the Brooklyn college’s president, Shchegol was also the founder of the school in 1985.

He used has legal authority as the sole owner of ASA to remove five members of the seven-member board who had voted against his reinstatement, and replaced them with hand-picked allies like Brooklyn Democratic Party boss and State Assemblyman Frank Seddio, and businessman Albert Tylis, who sources told Daily News is his wife’s nephew.

A spokesperson for Tylis said he never attended a board meeting and formally resigned from the board on November 2.

Two members were allowed to stay on the board – Diana Reyna, a former city council member and an ex-deputy to former Brooklyn Borough President Eric Adams, and New York City Health and Hospitals official Xiomara Wallace.

Schegol has since been reinstated as president, and maintains that he is completely innocent, telling the Daily News: ‘I never harassed anybody.’

He blamed the allegations on ‘disgruntled employees’ who were ‘laid off because of their poor performance and budget cuts.’

Seddio, who now serves as the interim board chair, also likened the criticisms against Shchegol to the re-examination of Columbus’s legacy.

‘You got accused in 1492 of landing and killing people? So you’re no good anymore?’ he asked, rhetorically.

Peter Leyton, a lawyer representing the college, also said Shchegol replaced the old board because it wasn’t doing enough to address falling enrollment numbers, according to a video of a presentation to the Florida Education Department on Thursday.

Leyton said the new board members are ‘independent of Shchegol’ and voted to reinstate him because of his ‘experience in marketing and admissions’ and will set up a search committee for a permanent president. 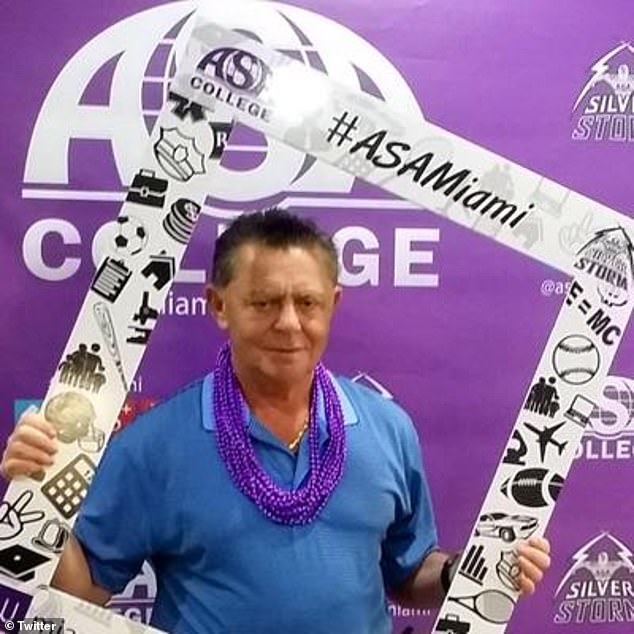 Shchegol, who also founded the school in 1985 and is the sole owner of the college, has maintained his innocence, even after paying out more than $2 million to settle the claims 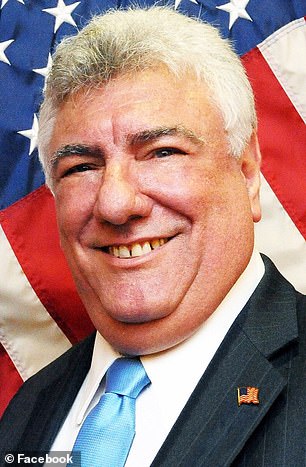 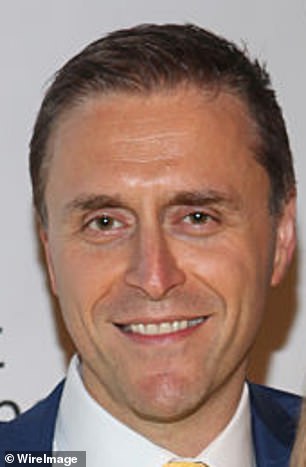 Shchegol replaced some members of the old board who voted not to reinstate him with hand-picked allies like Brooklyn Democratic Party boss and State Assemblyman Frank Seddio, left, and businessman Albert Tylis, right, who sources told Daily News is his wife’s nephew

Still, some current and former staff members and students question how Shchegol could be reinstated.

Sam Ferguson, the executive director for Florida’s Commission for Independent Education, which authorizes ASA to operate in the state did not buy Leyton’s defense, saying: ‘I’ve been around a long time and this is … not something I have seen.

‘There is not a major college or university or even vocational or workforce school that would allow someone with those allegations to be anywhere in their administration,’ he said, noting: ‘I just am chagrined by the whole thing.’

One of the accusers, a former student who spoke to the Daily News on the condition of anonymity, said he ‘should not have come back at all.’

And Kostyukov, the former admissions official who worked at the school for over 30 years, said: ‘This guy is a monster.

‘He cannot be in charge of a college where he can continue with his predatory actions.’

She claimed she was fired as soon as Shchegol was reinstated, as retaliation for supporting one of his accusers. Shchegol, however, said she was fired for poor performance and is looking for revenge.