A federal judge has blamed the former president for inciting the January 6 Capitol riot, saying that then-President Donald Trump ‘created the conditions’ for the unrest with his ‘lies.’

Judge Amit Mehta, of the US District Court for the District of Columbia, indirectly invoked the president’s name Friday when sentencing John Lolos to 14 days in jail for his role in the deadly demonstration.

‘People like Mr. Lolos were told lies, were told falsehoods, were told the election was stolen when it was not,’ Mehta added, calling Lolos a ‘pawn,’ according to CNN.

Mehta appears to be the first judge to hold Trump responsible in a Capitol riot case. 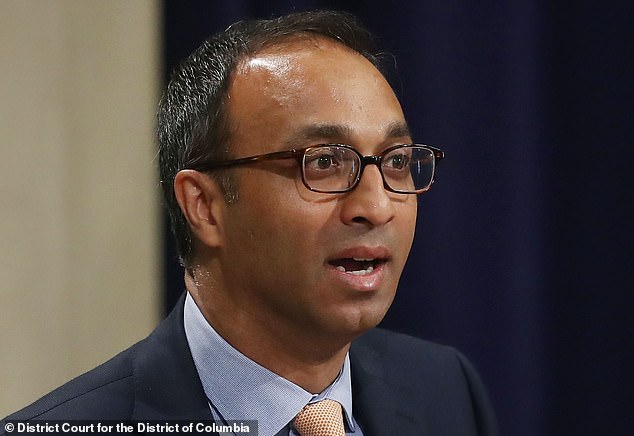 Judge Amit Mehta of the US District Court for the District of Columbia said a January 6 rioter was ‘called to Washington, DC, by an elected official’ and called him a ‘pawn’ on Friday 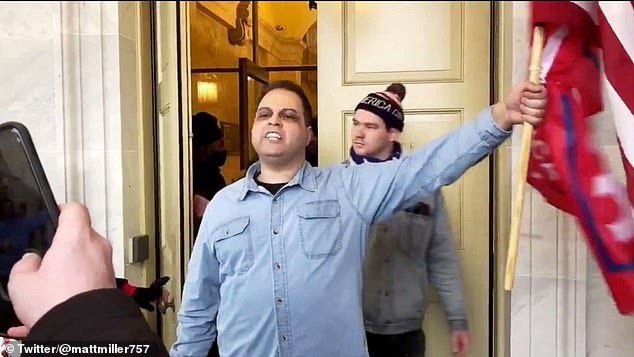 Mehta sentenced John Lolos, above, to 14 days in jail and ordered him to pay $500

Judge Mehta, 50, was born in India and attended Georgetown University and the University of Virginia Law School. He was appointed by former President Barack Obama in July 2014 and confirmed by the US Senate via voice vote in December.

‘Once you hear people who should know better tell you that an election was stolen and they say it loudly enough, frequently enough, it’s not surprising that people will believe it,’ the judge said, according to Politico.

Nearly 700 people have been charged in the riot, Insider reports, and 40 have been sentenced.

Lolos was sentenced to 14 days in jail and was ordered to pay $500 in restitution.

Prosecutors say that Lolos was seen in a video leaving the Capitol doorway waving a red ‘Trump 2020 Keep America Great’ flag hooked together with the United States flag, yelling, ‘We did it, yeah!’ after an unknown individual yelled, ‘We stopped the vote!’

He was arrested after a DC airport officer saw a video of Lolos at the riot on his Instagram feed and noticed him at the airport wearing the same shirt.

At the time, Lolos was waiting for another flight out of DC because he was kicked off the first one after ‘continuously yelling “Trump 2020!”‘ while the plane was on the tarmac, according to Lolo’s charging document.

On Wednesday, a judge sentenced Jacob Chansley, also known as the ‘QAnon Shaman,’ to nearly three-and-a-half years in prison for his role in the riot, with credit for the 10 months he’s already served.

‘I admit to the world, I was wrong. I have no excuses. My behavior was indefensible,’ he said. 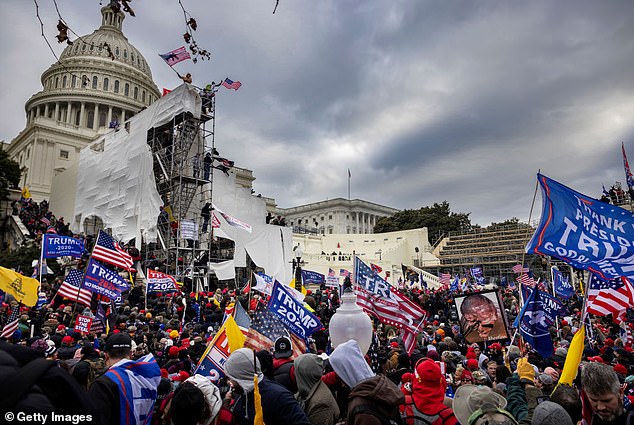 Five people died as a result of the Capitol riot, including a demonstrator shot at the scene 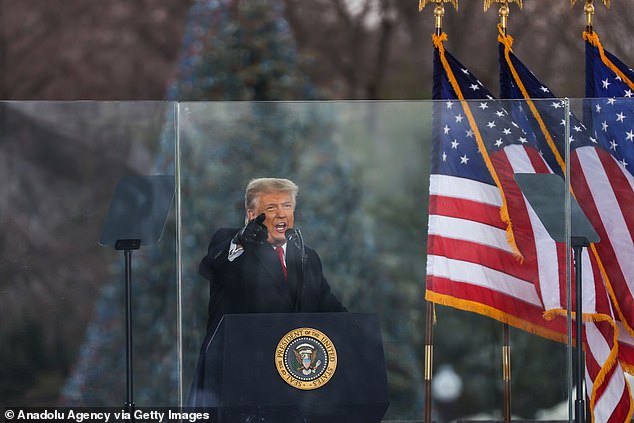 Earlier that day, former President Trump asked his supporters to ‘fight like hell’

Chansley insisted that he is not a violent man, a domestic terrorist or a ‘white supremacist.’

As part of an impassioned 30-minute speech to the court, Chansley quoted Supreme Court Justice Clarence Thomas, Jesus, and the prison break film The Shawshank Redemption.

January 6 rioters were hoping to stop Congress from certifying the 2020 election results in favor of President Joe Biden after President Trump repeatedly said the election had been stolen from him, a claim he continues to make today.

Earlier that day, Trump had given a speech in which he told his supporters, ‘If you don’t fight like hell, you’re not going to have a country anymore.’

The riot resulted in the deaths of five people, including Ashli Babbitt, who was shot by an officer trying to stop a crowd from breaking into the building. 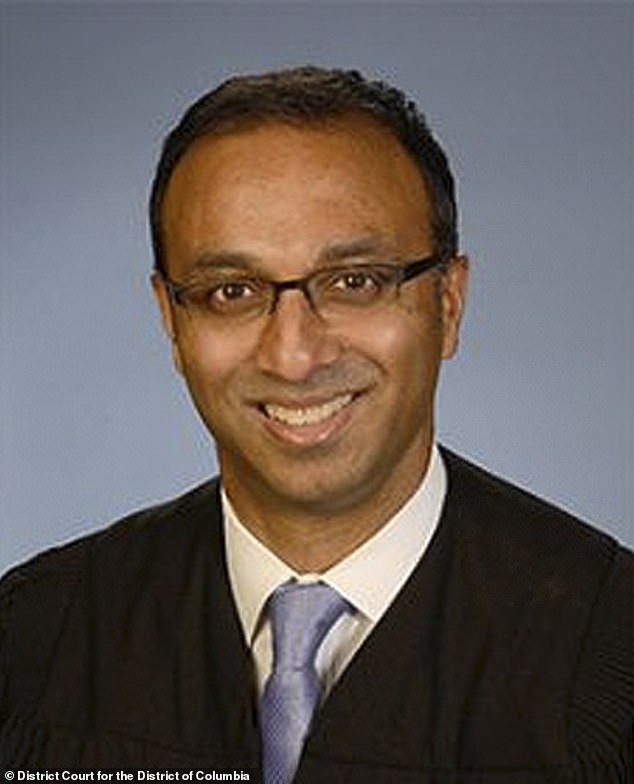 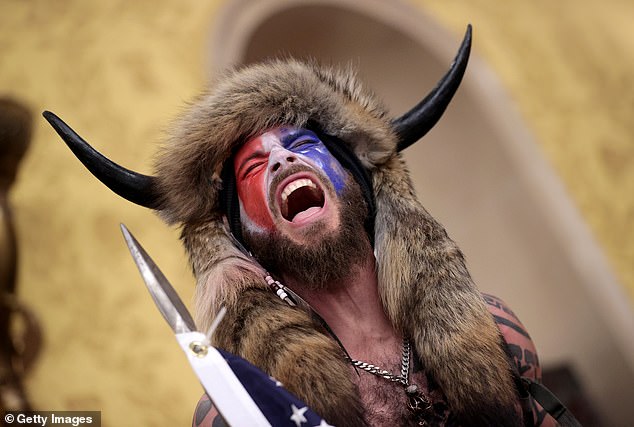 Capitol rioter Jacob Chansley, known as the ‘QAnon Shaman,’ was sentenced Wednesday to 41 months in federal prison. Above, Chansley inside the US Capitol armed with a spear

‘Regrettably, people like Mr. Lolos who were told those lies took it to heart. And they are the ones paying the consequences,’ Judge Mehta said.

‘Those who created the conditions that lead to Mr. Lolos’ conduct have in no meaningful measure been held accountable.’

Various reports of Friday’s hearing describe Lolos as ‘rambling’ or going into an ‘extended rant.’

As his defense attorney tried to stop him from talking, he continued to cite debunked election fraud claims, claimed the evidence against him was tainted, and encouraged people listening in on the hearing to look up a video of him online, according to CNN.

‘I may have failed to explain why incarceration is necessary here, but I think Mr. Lolos just summed it up,’ prosecutors said.