The natural wonder at Palm Beach and Freshwater provided keen photographer Jamen Percy with a series of epic images and memories for life, as the water turned a unique shade of electric blue.

The hobby snapper felt the ocean briefly resembled a ‘galaxy.’ 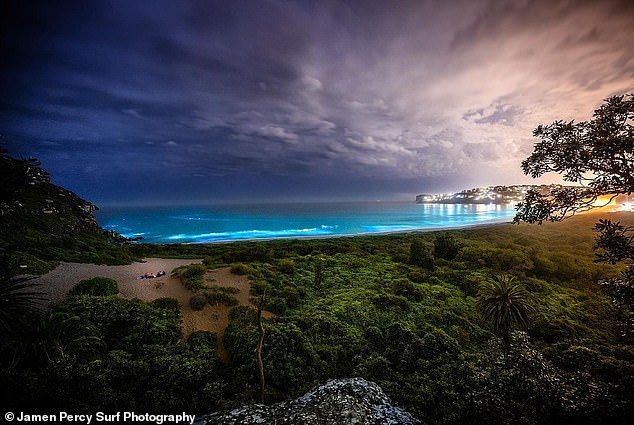 Known as blue tide, bioluminescence makes the ocean glow a shade of blue (pictured, the natural wonder at Freshwater Beach) 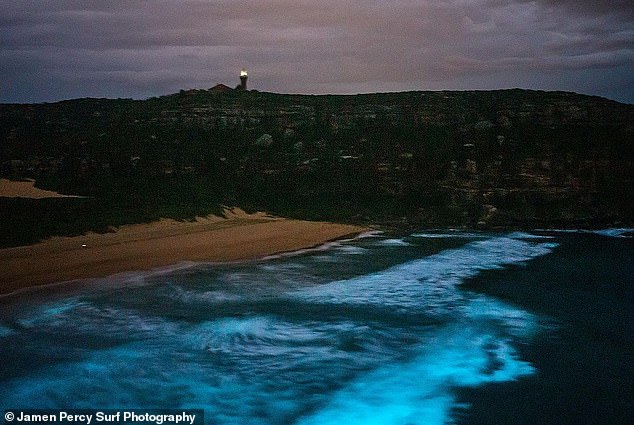 ‘Stumbling across bioluminescence is a surreal experience of wonder and fascination,’ Percy, who lives on the northern beaches of Sydney, told Daily Mail Australia.

‘Is this actually happening? Did that wave just glow blue? It is impossible not to feel like a child again playing with nature.

‘It really glows an incredible electric blue colour that ignites your wonderlust.’

Percy saw the bioluminescence at both beaches within the space of four days last week.

At Freshwater, where he was surfing with friends, Percy, 39, raced out of the ocean to capture the moment on his camera.

Bioluminescent blooms in the ocean occur due to microscopic floating organisms known as phytoplankton.

They are so tiny that thousands can fit into a single drop of water.

In July last year at Jervis Bay, on the south coast of NSW, the ‘light show’ was believed to be was one of the brightest ever, according to locals who were lucky enough to watch it unfold.

Across Australia, ocean bioluminescence has also been witnessed at Preservation Bay in Tasmania and Port Lincoln in South Australia.

Globally it has been viewed in countries such as New Zealand, Puerto Rico, Mexico, Thailand, the US, Hong Kong and Japan. 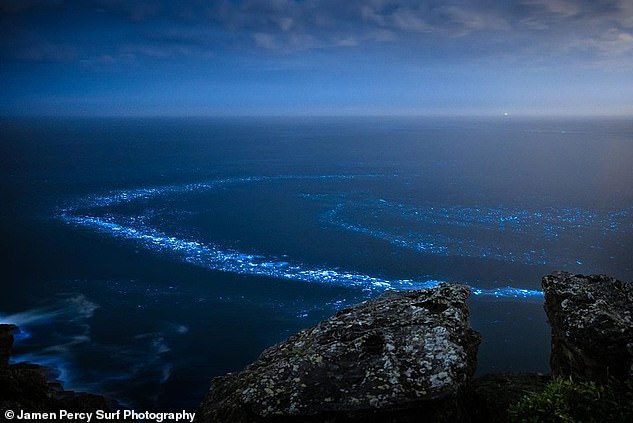 The ocean turned a distinct shade of electric blue (pictured) on Sydney’s northern beaches, much to the delight of keen photographer Jamen Percy 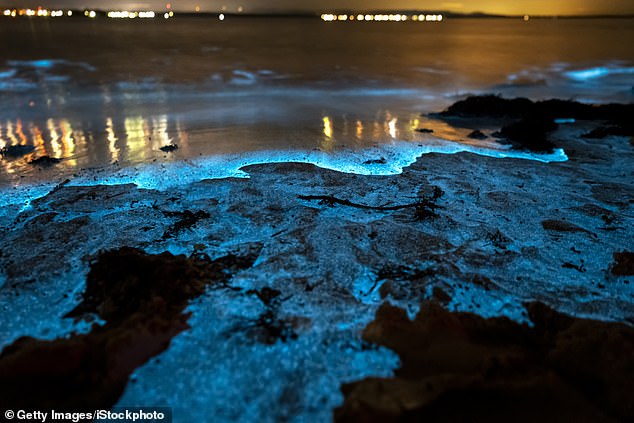 In July last year at Jervis Bay, on the south coast of NSW, the bioluminescence ‘light show’ was believed to be was one of the brightest ever (pictured) 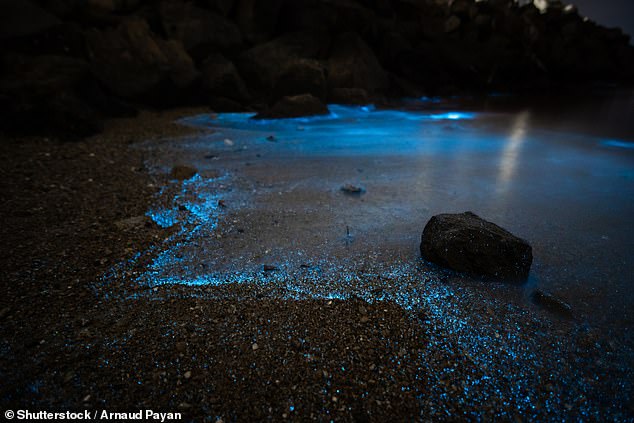 How to spot the bioluminescence ‘blue’ bloom in the ocean: