Ousmane Dembele ‘has no intention of signing a new Barcelona contract and wants to leave on a free next summer’ amid interest from Man United, Liverpool and Newcastle… with potential suitors ‘offering the winger a huge £17m signing bonus’

Ousmane Dembele has no intention of signing a new Barcelona contract and those clubs wishing to sign him are reportedly offering a €20million (£17m) signing-on bonus to secure his signature.

The winger is out of contract at the Nou Camp at the end of the campaign and his representatives are said to be already listening to interest from possible future clubs.

Barcelona have already put forward their best possible offer for the Frenchman, with Xavi vowing to Dembele that he will become one of the best attackers in the world if he stays at the Nou Camp. 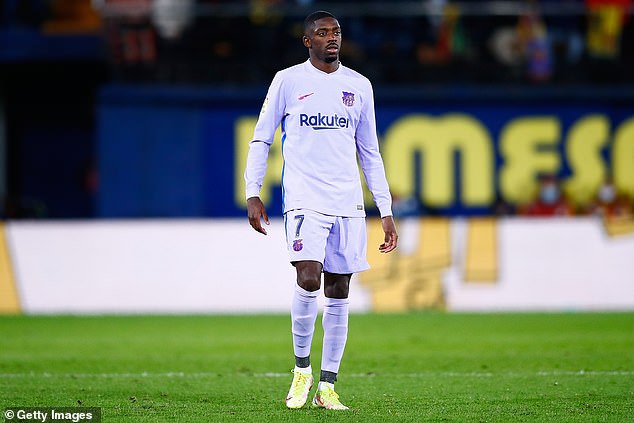 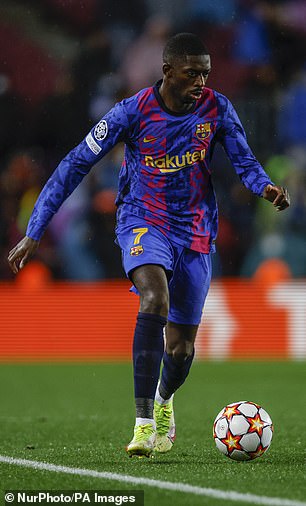 Liverpool, Manchester United and Newcastle have all been linked with Dembele

However, according to Spanish newspaper SPORT, Dembele has no interest in signing fresh terms with Barcelona and has already rejected offers of a new contract.

It’s also claimed that unnamed clubs wanting to recruit Dembele on a free transfer are willing to offer him a sensational £17m bonus, making a move away from Spain even more attractive.

Mbappe is also expected to be a free agent at the end of the season with the Paris Saint-Germain forward yet to commit his long-term future to the Ligue 1 giants.

Liverpool, Manchester United and Newcastle have all been linked with the former Borussia Dortmund star, who has only made three appearances for Barcelona this season.

Last week, Mundo Deportivo reported that Newcastle – who are backed by Saudi Arabia’s Public Investment Fund – have tabled an ‘astronomical offer’ for Dembele. 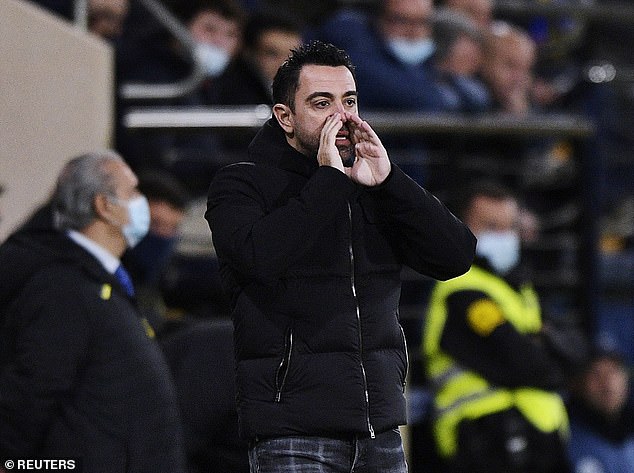 Xavi has tried to persuade Dembele to say, saying he will make him one of the best in the world

Liverpool are also said to be keen with Jurgen Klopp looking to bolster his attacking options next summer after failing to recruit a new forward this year.

It may also be possible for the Reds to bring Dembele in slightly earlier, in the January window, for a small fee as Klopp prepares to wave goodbye to Mohamed Salah and Sadio Mane for the Africa Cup of Nations.

There are just 33 days until Dembele can begin formal negotiations with a view to entering a pre-contract agreement.

Barcelona signed Dembele in a £96m deal back in 2017, but the former Dortmund star’s spell at the Nou Camp has been blighted by persistent injuries.

During his four years at the Nou Camp, the 24-year-old has scored 30 goals and contributed 21 assists in 121 appearances.