A gastro outbreak across Australia linked to raw seafood has forced multiple oyster farms to close as authorities scramble to track down the source.

The Department of Primary Industries and Regions (PIRSA) closed production areas in South Australia‘s Coffin Bay on Tuesday as a ‘precautionary measure’.

Oyster farms are expected to remain shut until next week as an investigation gets underway into the cause of multiple gastroenteritis cases across the country. 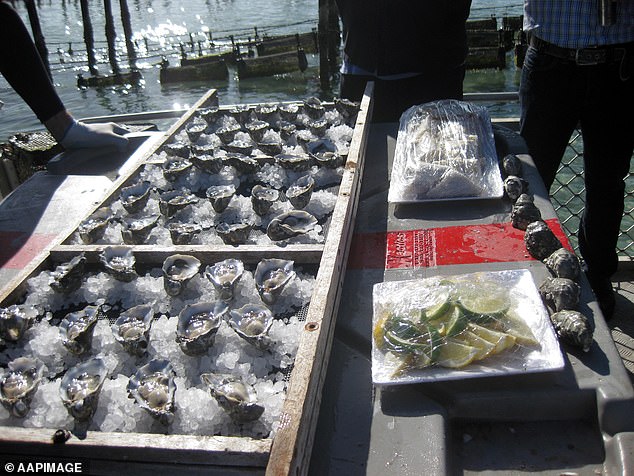 Oyster farms in Coffin Bay, South Australia, have been forced to temporarily shut while an investigation is underway into Gastro outbreaks across the country (pictured, a Coffin Bay oyster farm)

No oysters are permitted to leave the area in the meantime.

In SA alone, 45 Vibrio parahaemolyticus cases have been linked to raw oysters since September – a huge spike compared to zero cases last year and eight in 2019.

Last Friday SA Health warned residents to avoid eating raw oysters as a result of 36 infections linked to the seafood in the last two months.

‘This increase in cases reported to us in such a short period of time is very concerning, ‘ Acting Director of Food and Controlled Drugs Branch, Joanne Cammans said.

‘Food-borne illnesses can be quite serious for more vulnerable people in our community, such as older South Australians, pregnant people and people with compromised immune systems.’ 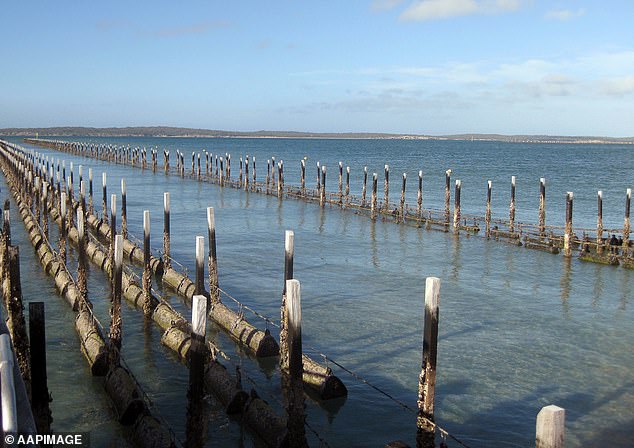 SA has recorded 45 Vibrio parahaemolyticus infections linked to the consumption of raw oysters since September (pictured, Oyster farms in Coffin Bay off the Eyre Peninsular)

Ms Cammans added symptoms occur within 24 hours of eating undercooked seafood however raw oysters are often the most common cause of infections.

Similar health warnings were issued in Western Australia which reported 17 linked cases and Victoria where eight infections were recorded.

PIRSA Executive Director Nathan Rhodes said the department was working closely with industry leaders to ensure the best practices are used during the outbreak. 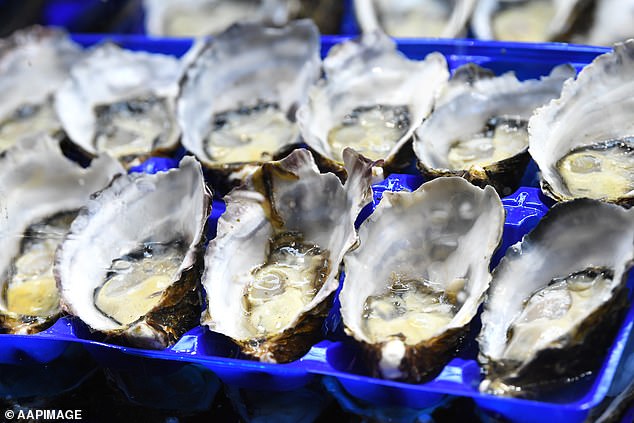 ‘The number of cases can vary substantially from year to year, and it is difficult to pinpoint the potential cause,’ Mr Rhodes said.

‘We are looking at potential factors that may have an influence on the recent cases, but the best international science has yet to determine a likely cause.

‘Inspections by PIRSA officers have found that food safety practices are being appropriately applied on farms.’

Vibrio parahaemolyticus is a bacteria found in marine and coastal waters predominantly in warm tidal areas where oysters grow.

The consumption of raw or undercooked shellfish, prawns, lobster, and crab can sometimes cause outbreaks of Vibrio parahaemolyticus gastroenteritis.

Vibrio parahaemolyticus is a bacterium found in marine, coastal and tidal waters, and most commonly causes gastroenteritis (gastro)

The infection does not usually spread from person to person, however, person-to-person spread is possible if there is poor personal hygiene

Infection can be severe in people with immunosuppression, such as people receiving cancer treatment