Paris Hilton fondly dubbed her parents Kathy and Rick Hilton as ‘relationship goals’ when she paid tribute to them on their wedding anniversary.

The newly married 40-year-old heiress celebrated the lasting union between her real estate tycoon father, 66, and her Real Housewives star mom, 62, on their 42nd wedding anniversary.

Paris posted a few throwback snaps of the pair to Instagram which showed one of them on their wedding day nearly half a decade ago, and another collage of them throughout the years. 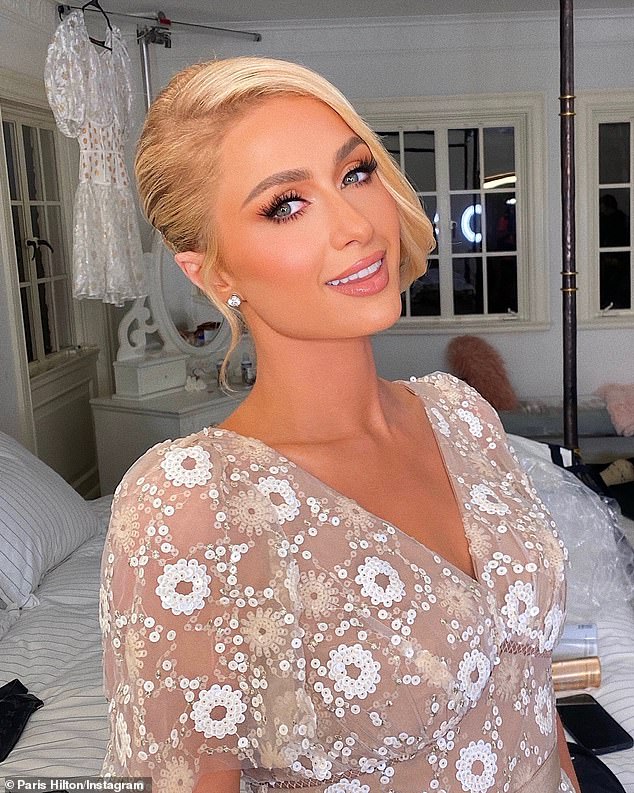 Big shoes to fill: Newly married hotel heiress Paris Hilton fondly dubbed her parents Kathy and Rick Hilton as ‘relationship goals’ while paying tribute to them on their 42nd anniversary

The young couple would end up tying-the-knot five years later in 1979, and have been together ever since.

Now with 42 years of marriage behind them, it’s no wonder why Paris is using their enduring love and commitment as a ‘relationship goal’ for her own union with new husband Carter Reum. 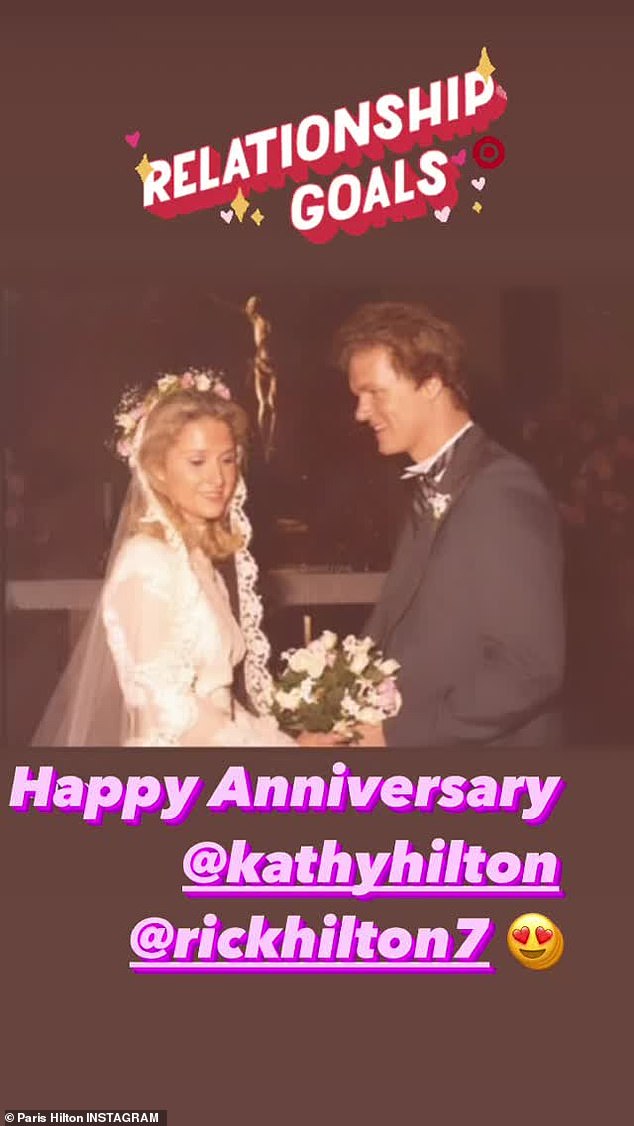 The newlyweds only just shared their nuptials in Beverly Hills ceremony on November 11.

Paris was two decades older than her mom when she walked down the aisle with her ‘forever’ person, Carter Reum, following three prior failed engagements.

The pair married during a three-day extravagant affair that included a neon carnival and a black tie ball.

After they wed the Paris In Love star called the venture capitalist her ‘missing piece’ and said that though she was once afraid she would ‘go on this journey of life by myself,’ upon meeting him she knew that the ‘stars were just aligning’ for them all along.

The newlyweds ended up going on their honeymoon to the tropical paradise of Bora Bora. 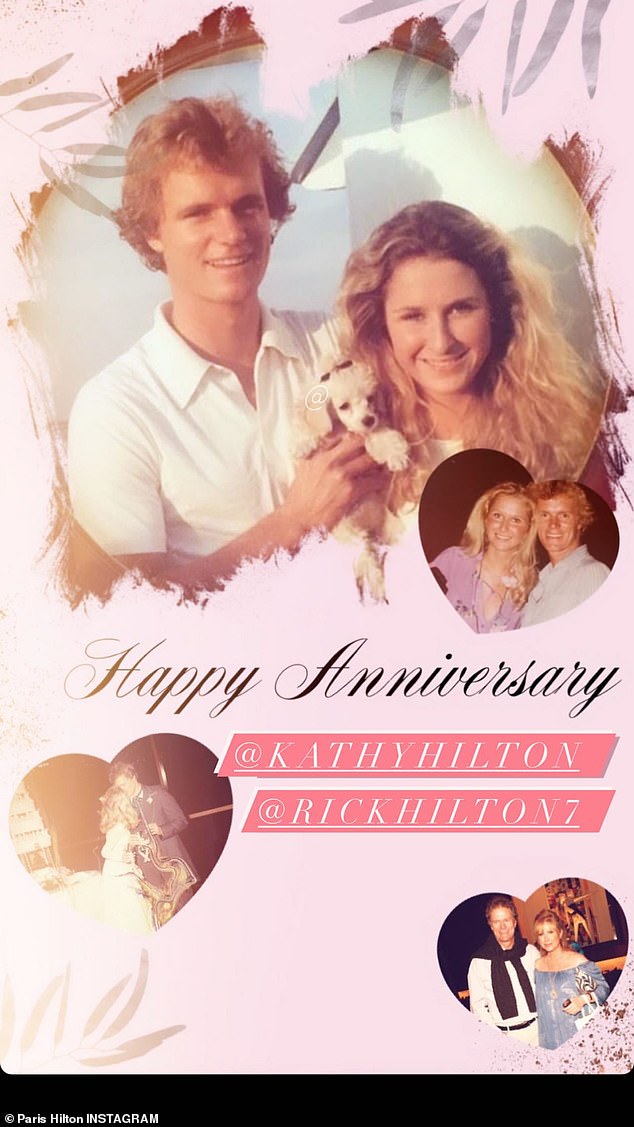 Throwbacks: Paris also posted a collage of her parents that chronicled them through their 42 years together as part of her anniversary tribute

In all, Rick and Kathy Hilton are the proud parents to four children during their 42 year union.

They welcomed the arrival of their first born, Paris, now 40, just about two years after exchanging their wedding vows.

Along with Paris, the Hiltons also are the proud parents to daughter Nicky, 38, and sons Barron, 32, and Conrad, 27.

Kathy and Rick Hilton’s net worth is said to be about $350 million, according to Celebrity Net Worth, as reported by Women’s Health magazine. 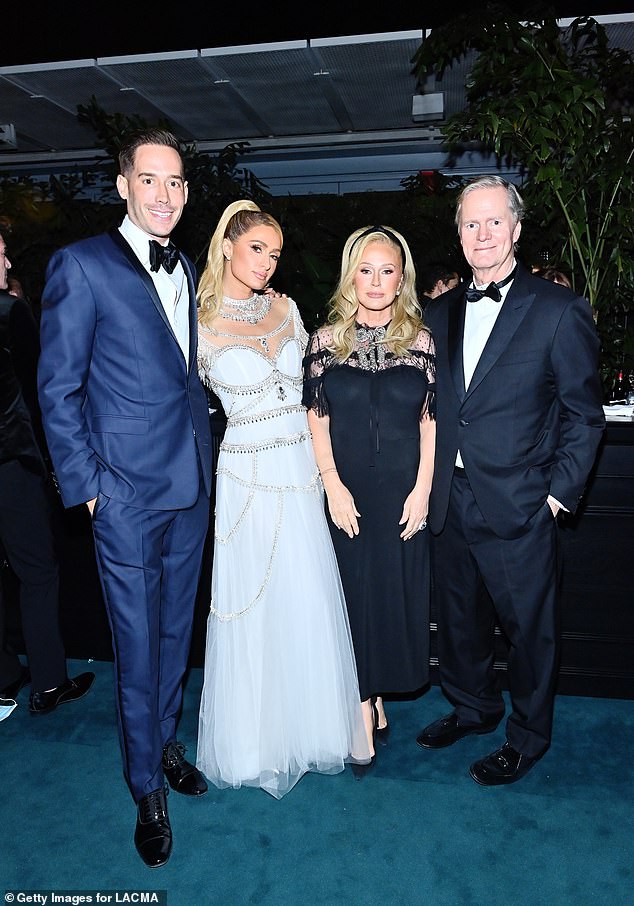 Foursome: Paris wed Carter on November 11 and just a week before she was pictured at the 10th Annual LACMA Art + Film gala with her soon-to-be husband and parents Kathy and Rick; November 6