Paul Pogba has been likened to former Manchester United midfielder Juan Sebastian Veron in failing to maximise his potential at Old Trafford.

Much like Pogba, United made Veron a record transfer when he joined for £28million from Serie A giants Lazio.

A lot was expected of the then Argentina international but he fell well short of expectations and left two years later filed as a ‘flop’ of the Sir Alex Ferguson era. 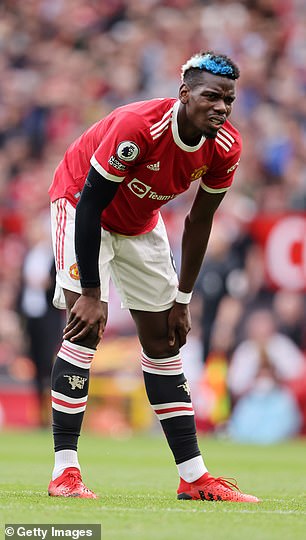 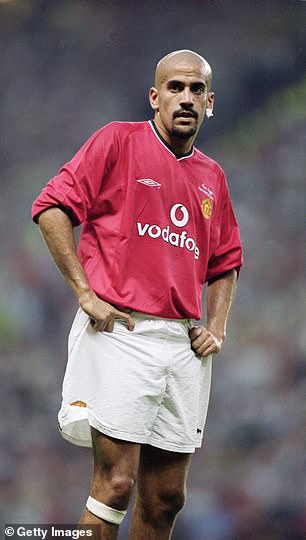 Pogba returned to United in 2016 and while he has stayed far longer than Veron did, the 28-year-old’s struggles have been likened to the Argentine by Micah Richards and Alan Shearer.

‘I just remember him being a flash in the pan, before he came to Man United you expected big things,’ Richards told the Match of the Day Top 10 podcast.

‘He’s like Pogba, Pogba’s stayed longer but when you watch Pogba, you want him to do something brilliant every time and the same with Veron as well you wanted him to score 40-yard goal or 60-yard pass, it was just a little bit fast for him.

‘He wanted to slow down the tempo a little bit. This is what I don’t understand, people always ask me, why did it not always happen? 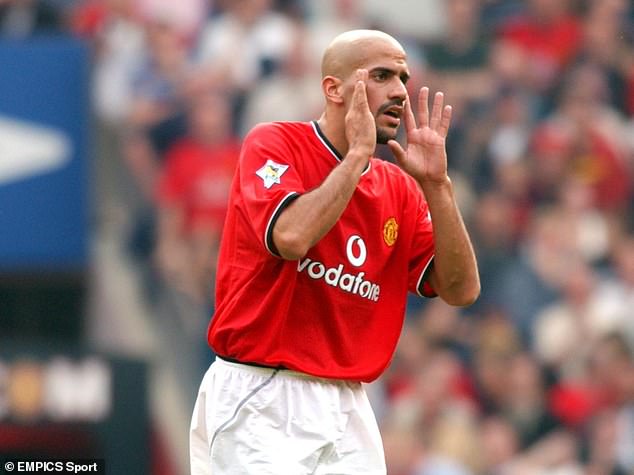 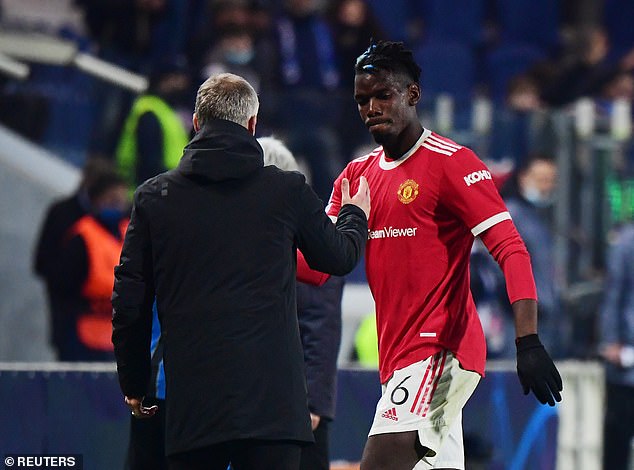 ‘You’ve got that ability, he worked hard, it’s consistency. His ability was off the scale, wasn’t it, it’s one thing I’ve wondered. By all accounts, he worked really hard, was a good lad, it just didn’t work out.’

Shearer wholeheartedly agreed with Richards as to the comparison between the two United midfield players.

‘I definitely agree with the Pogba comparison,’ he added. ‘I think everyone looked at Veron and thought “wow, what a player,” £28m which was a lot of money then and everyone was expecting that of him every week. Ability-wise it was in there.’

Pogba is out of contract at the end of the season and looks to be coming to the end of his time at United for a second time in his professional career.

Even five years on the World Cup winner continues to be savaged in the media and only recently did Paul Scholes rip into Pogba for a display away to Atalanta in the Champions League.

Reflecting on Pogba’s performance that night, Scholes said the United midfielder would need to be babysat ‘until he is 35’ as he has the tendency to do ‘stupid stuff’ on the pitch.

Scholes said: ‘Pogba needs somebody on him all the time. Somebody there that he totally respects, he needs experienced people behind him. 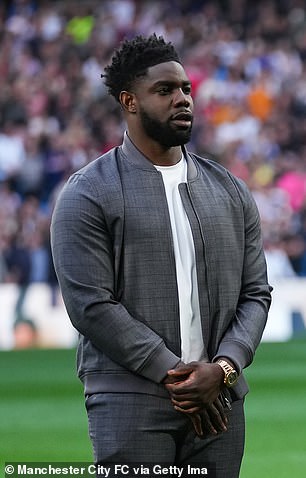 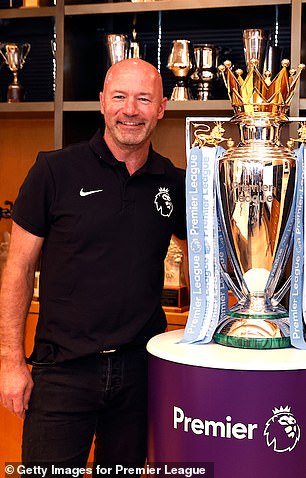 ‘How old he? 28? He’s a really experienced player. But he’s one of them that will get to 35 and be exactly the same.

‘He’ll still be doing the stupid stuff where he’s stud rolling the ball, holding people off showing how strong and skilful he is. The biggest thing with Paul is his concentration. He goes away with the fairies at times.

‘You think of the Juventus team he played in, where he was brilliant and was why we signed him. The experience around him – [Andrea] Pirlo, [Giorgi] Chiellini, [Leonardo] Bonucci, [Gianluigi] Buffon, an aggressive manager. He will need that treatment until he’s 35.’

Pogba has faced criticism for his decision not to commit his future to the club in recent weeks.

His commitment has been questioned – but he went out of his way to refute claims he ignored head coach Ole Gunnar Solskjaer after the loss to Liverpool in a social media post that was then supported by the club last week. 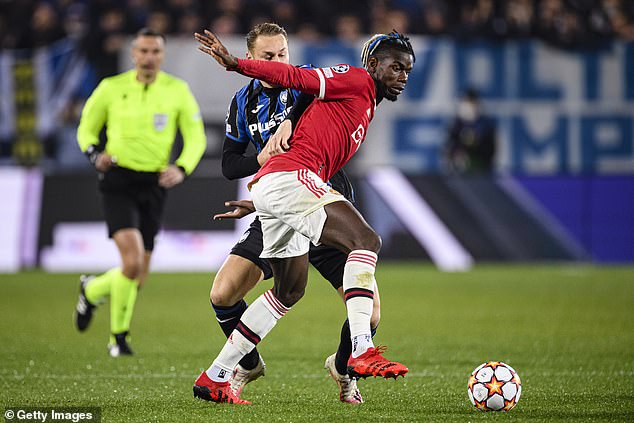