Facebook announced on Friday preliminary agreements with three Australian publishers, a day after the Parliament passed a law...
Read more


A Pennsylvania District Attorney has been accused of sexually assaulting at least five female clients and trading legal services for sex while they were his clients.

Chad Michael Salsman, 44, a prosecutor in Bradford County, was charged on Wednesday with numerous crimes relating to the accusations.

Witnesses have also claimed that he would use music or a noise cancelling machine to drown out the sounds coming from his office.

After the Republican DA forced them into unwanted sex acts, he then directed them into his private bathroom to ‘clean up’, according to a criminal complaint.

Complaints says once they had done so with paper towels and wet wipes, he is accused of threatening the woman into silence over the incidents. 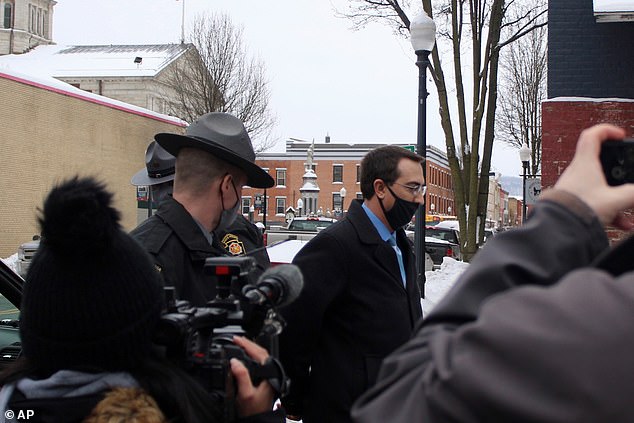 Chad Michael Salsman, 44, a prosecutor in Bradford County, was charged on Wednesday with numerous crimes relating to the accusations. Pictured: Salsman is escorted into Magisterial District Court, Wednesday, Feb. 3, 2021 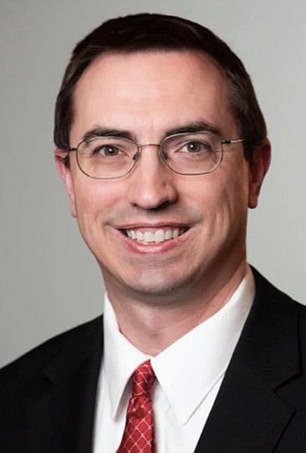 Several of Salsman’s staff testified to seeing women leaving his office in distress, and that their boss went to great lengths to hide the abuse during his time working for the private sector.

A grand jury heard women say he groped them, sought nude photos and pressured or forced them into sexual acts, sometimes on his office desk.

‘Many of Salsman’s clients struggled with addictions, had a history of being sexually abused, or suffered from other vulnerabilities which Salsman exploited,’ the jurors wrote in a report issued Friday.

‘He used his knowledge of their vulnerabilities to overcome their lack of consent and sexually assault them.’

His lawyer, Sam Stretton, said Salsman denies all the allegations.

‘And my investigation seems to support that proposition,’ Stretton said. ‘So we will vigorously try this case. This will not be a plea.’

Stretton said he has found no evidence of forced sex.

Authorities alleged Salsman stopped charging a client in a custody case after she began having sex with him.

Witnesses claimed that Chad Michael Salsman would use a noise cancelling machine to drown out the sounds coming from his office.

These work by playing white noise – which is when sound waves of a broad spectrum of frequencies are emitted.

This forms a sound similar to the constant hum of a fan, that drowns out other noise in the background.

White noise machines are often used by people who have trouble sleeping in loud environments, to drown out the sound traffic, for example.

The sound emitted by a white noise machine, in many cases, sounds similar to wind blowing through trees or a rushing waterfall – background noises that are not intrusive.

They said a woman told Salsman she had been raped, and he subsequently directed her to enter his office in Towanda through a back door and undress.

‘He picked these victims because they didn’t have another choice,’ state Attorney General Josh Shapiro told reporters at the Bradford courthouse.

Salsman was in custody at the nearby state police station and being processed Wednesday afternoon, Shapiro said.

He waived a preliminary hearing Wednesday, and bail was set at $500,000. Salsman expected to post 10 percent of it and be released later in the day, Stretton said.

Salsman’s status as district attorney has not changed, and his political fate will be up to residents of Bradford County and the board that investigates allegations of wrongdoing against lawyers, Shapiro said.

‘We’re going to try to get an early trial,’ said Stretton, Salsman’s lawyer. ‘If we win, we win. If we lose, of course there’s not much we can do to save his position.’

Salsman, a 44-year-old Republican, has been the top prosecutor in the rural county along the New York line since early 2020.

The attorney general’s office said one of the assault allegations dates to the period between Salsman’s November 2019 election and his swearing-in as district attorney.

The witness tampering charges are for actions that allegedly occurred during Salsman’s tenure as district attorney.

‘He has compromised the sacred public trust, and he is not fit to serve as district attorney,’ Shapiro said. 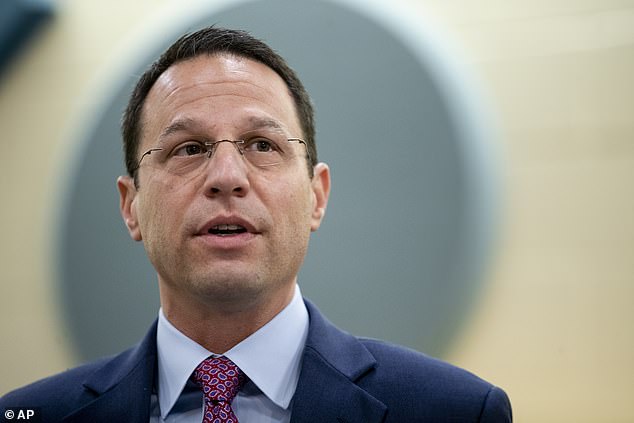 ‘He is not fit to serve as the chief law enforcement official in this county. And believe he can no longer perform his duties.’

The grand jury said there were other women who recounted similar attacks, but those cases occurred too long ago for criminal charges. Salsman began practicing law in 2001.

The case was referred to the attorney general’s office in late 2019 by a former Bradford County district attorney, the grand jury wrote.

Facebook announced on Friday preliminary agreements with three Australian publishers, a day after the Parliament passed a law that would make the digital...
Read more

German electrician who 'gave floor plans of the Bundestag to Russian...
Read more

Democrats can’t include a $15 minimum wage hike as part of the $1.9 trillion coronavirus relief package, a key Senate official ruled on...
Read more