Football has often been described as the ‘beautiful game’ and when in turn it’s implemented as a video game, it doesn’t get more picturesque than Pro Evolution Soccer (PES) 2019 on PlayStatiion 4, Xbox One and PC.

Konami’s latest release is a real gem when it comes to the action on the pitch. After getting used to the slower pace of the game, you begin to notice the new features and subtleties that breath life into this new title.

Online features were not yet available while we were playing so instead this review will focus on PES’ bread and butter: the gameplay. 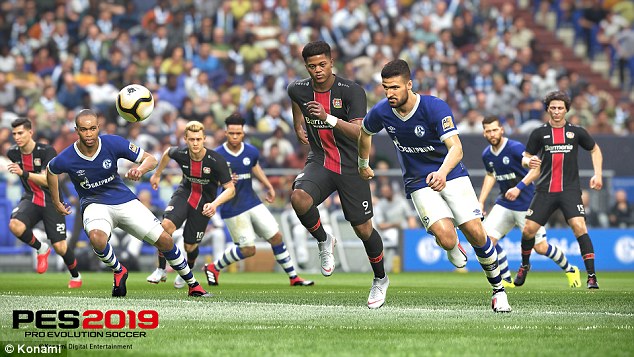 As any football game should, PES is undoubtedly at its best when it comes down to the gameplay. After a few games, everything suddenly clicked as I adjusted to the more thoughtful, cautious pace which you won’t find in FIFA 19.

Concentrating more on build-up play, you’ll been enlightened to the wonderful array of passes you have at your disposal as you orchestrate delightful, flowing moves.

The passing in PES truly is a treat for any seasoned football fan. From lofted, pin-point balls which land perfectly to the target player to through balls which pick apart defenses expertly.

Intelligently finding the space and carving opportunities for your forwards with a variety of passes feels incredibly satisfying and rewarding to the point where you’ll watch all of the replays to reflect on the masterpiece you created.

Crossing is just as satisfying, especially the early cross variant which most of the time will swerve perfectly away from the defender straight to a forward who you didn’t realise had so much space. 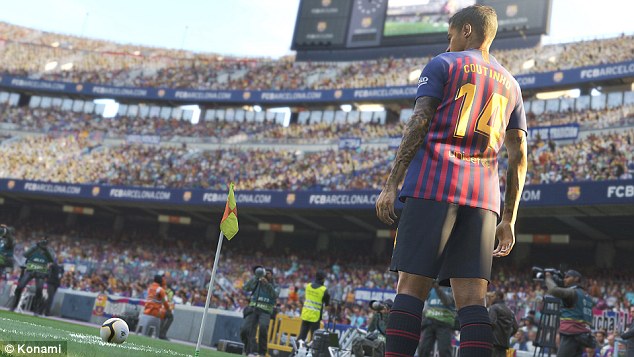 The intelligence of your AI teammates is tremendous when you’re on the attack, players are always making runs and finding space which help create rewarding goals when paired with the smooth passing mechanics.

However, the same cannot be said for the AI when defending. In fact, defending in general in the game is disappointingly flat. While attacking players will neatly hold their arms up to block off opposition, it never feels like defenders fight back.

While attacking players furiously run and search for space, centrebacks frustratingly stand still and hope that the opposition walk into them. That paired with the efficiency of passing in the game makes winning the ball back a very tall task, especially when referees are far too quick to blow the whistle and dish out cards.

Despite the addition of ‘magic moments’ which unleash players personality and flair, I found dribbling to be frustratingly dull. Movement is quick but rigid and while you certainly can run passed players it’s almost too effortless as you simply walk through anyone who stands in your way with little consideration or thought – AI defenders simply make no effort to stop those runs.

There are skill moves in the game but the system feels awkward, nobody wants to have to hold, press and move a combination of three different buttons at once when reactively trying to avoid a challenge. 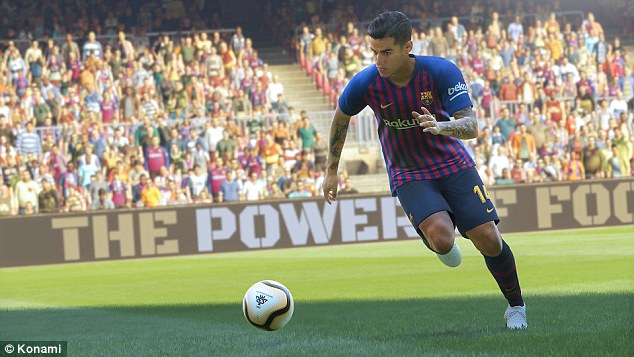 While FIFA is all about show, PES is about technique and unfortunately dribbling suffers for that

FIFA is all about style while PES focuses on substance. Rather than make a song a dance, Konami offer a neat alternative in the football gaming market which offers a pure footballing experience.

In multiple instances in the game, you’ll see the gameplay is simply a nod to the sport that we have loved watching since we were young. Any football fan will ooh and ahh at a perfectly weighted lob over the goalkeeper or a vicious shot will sizzles into the top corner.

Alongside its impressive passing, PES is rich with exceptional shooting. Cristiano Ronaldo’s shots will leave any goalkeeper helpless with wild swerves and dips while Lionel Messi will expertly curve the ball passed the goalkeeper with the outside of his foot.

Longshots feel phenomenal when executed right, rocketing through the air with incredible power before rustling in the back of the net. However, many of these shooting animations feel lackluster and don’t match the weight of your shot – the ball appears to magically swing of players feet while the player doesn’t look like he physically put much effort in. 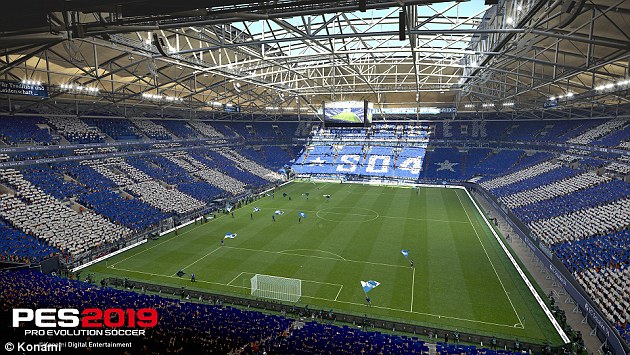 The featured stadiums in the game are jaw-droppingly beautiful, you can see and feel the scale

Still, when it comes to the gameplay PES is mostly a fun and gratifying experience but the same cannot be said for everything off the pitch. For starters there’s certainly a lack of content when compared to its counterpart. Master League is an excellent time-sink but is largely unchanged from previous years.

On top of that the severe lack of licensed teams has to be mentioned, it’s something which won’t bother hardcore PES fans but is will be a major bummer to anyone less familiar with the series. The new additions such as the Scottish and Russian leagues don’t come close to filling the hole left by the UEFA making the jump to FIFA.

Playing as the likes of Hertfordshire (Watford) or East Sussex Blues (Brighton) is frustrating and with lower rated players who lack Magic Moment traits, the gameplay feels comparatively bland to the top teams. Many won’t release but soon after release you can fix some of these frustrations by downloading fan-made licensing packs but this is sadly blocked if you play on Xbox One.

But the absolute worst part of the game are the menus which are annoyingly old fashioned, unsightly and simply aren’t practical. Trying to select your team become incredible tedious as you navigate the awkward menu which is needless squished into half of the screen. Players images and names overlap each other which is an unacceptable design flaw in this day and age. 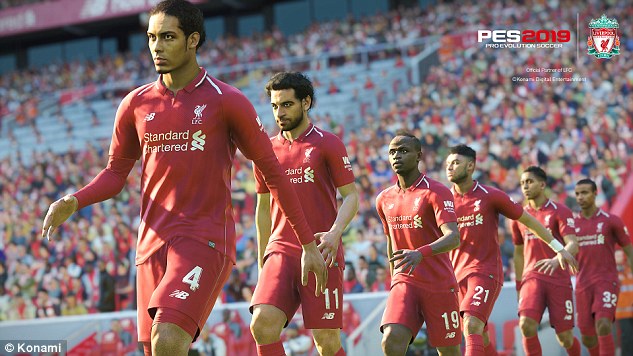 At least the addition of quick substitutions is a very welcome one. Not only because it saves you a lot of time but because they allow you to avoid spending more time in the horrific menus and gives you something to do in the endless stream of irritating cutscenes.

PES was dominant in the classic era of football games on console and in some ways it feels like the series hasn’t moved on since. While football has modernised to become more fast-paced and skillful, Konami have remained as football purists who love the technical aspects.

And there’s nothing wrong with that, simply put FIFA and PES are different sides of the same coin. Any football fan will find enjoyment in PES but which football game you choose to side with this year will come down to taste. PES 2019 isn’t a FIFA killer, not even close, but to those who already adore the series they will have a blast.