‘For the referee to overturn it is a brave decision’: Peter Crouch praises match official in reversing controversial call to award Atletico Madrid a late penalty against Liverpool as they desperately chased an equaliser

On a crazy night at the Wanda Metropolitano, Atletico thought they had won a spot-kick just six minutes from the end when Diogo Jota appeared to bring down Jose Gimenez, and Germany‘s Daniel Siebert pointed to the spot.

But Siebert was then informed by VAR to check his pitchside monitor to look at the decision again and, despite pressure from the home side and their supporters, overruled his own call, leaving Liverpool to go on and hang on to a 3-2 victory. 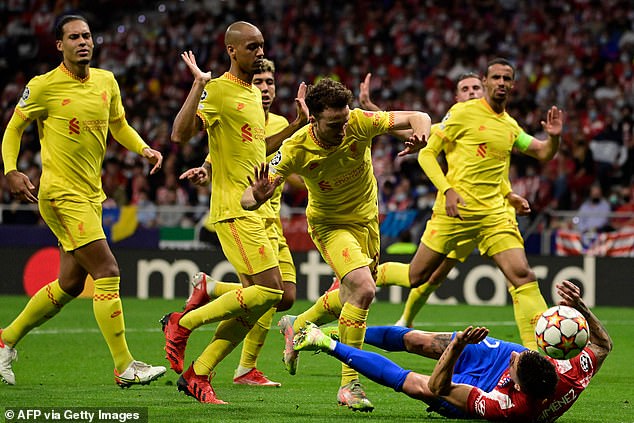 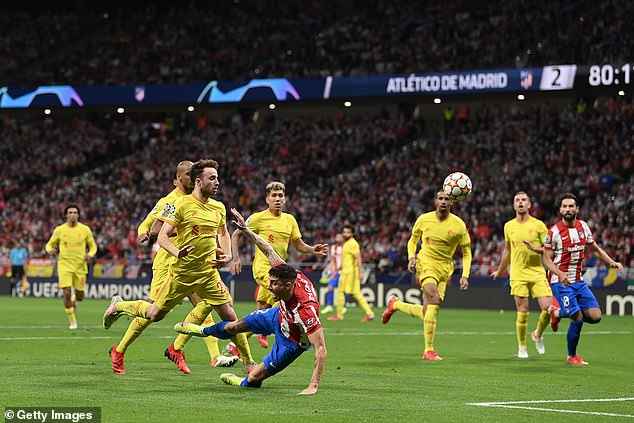 Former Liverpool striker Crouch insists Siebert made the correct decision, believing Gimenez had dived to win the initial spot-kick following Atletico’s floated free-kick into the box and the defender’s tangle with Jota.

‘I think he definitely dived but I thought it was slightly clumsy,’ he told BT Sport. ‘When he gives the penalty, I thought he’s not going to overturn it. Had it been the other way around, if he hadn’t give the penalty, then he sticks with that decision.

‘If that was the Premier League that’s what we would’ve seen. For him to overturn it, fair play to him in that stadium, under pressure he made the decision and stuck with it.

‘It looks even more clumsy to give the penalty as he stumbles over him. It could have gone either way, for the referee to overturn it is a brave decision, fair play.’ 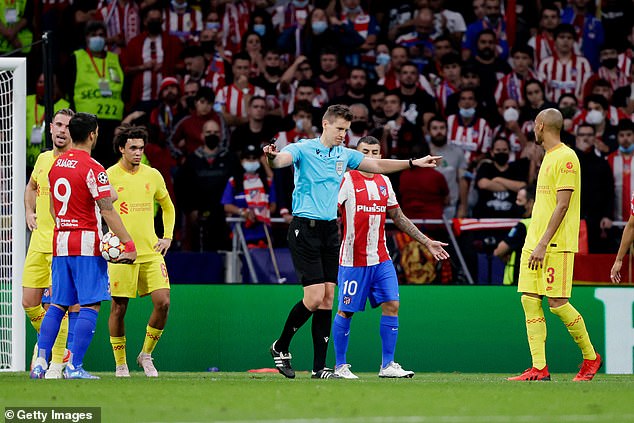 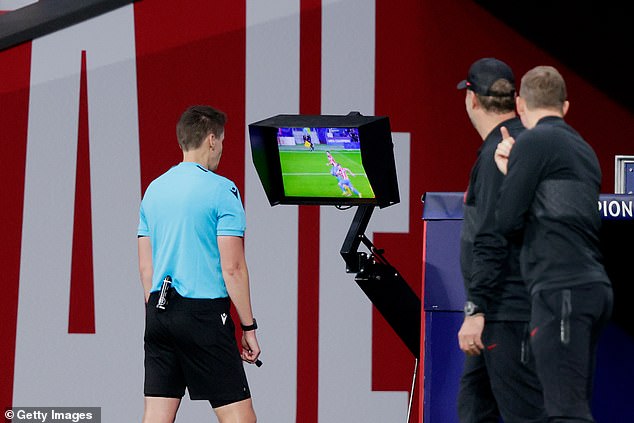 Fellow pundit Joleon Lescott was also in agreement with Crouch but the ex-Manchester City defender admitted he could see justification in the spot-kick before also hitting out at Gimenez for going down far too easily.

‘I think the right decision was made. I could see why it could have been a penalty,’ Lescott added.

‘But when he’s reviewed it, he’s made a meal of it, if he goes down in a more natural way then he gives the pen.

‘If he falls and collapses rather than spins and goes down less theatrical, he sticks with the decision to give the penalty. It’s a strong decision by the referee and I agree with it.’ 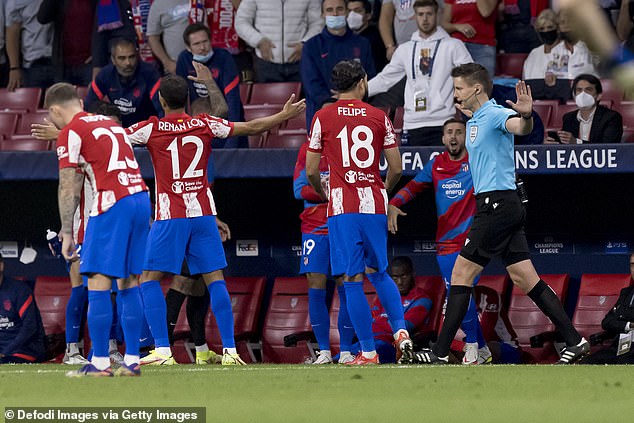 To the despair of the home side, Siebert overturned his original call to cancel out their penalty 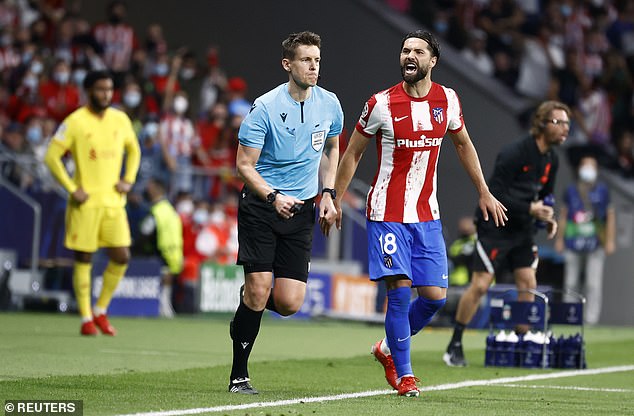 Just moments earlier, Jota had been brought down himself to earn a spot-kick that Mohamed Salah dispatched to give Liverpool their 3-2 lead.

Salah had given Liverpool the lead in just the eighth minute, before Naby Keita doubled the advantage with an excellent strike just 13 minutes in.

Antoine Griezmann then scored twice to equalise in the first half before he was sent off after half-time, with the Reds securing a victory at the Wanda Metropolitano to open up a five-point gap at the top of Group B ahead of the Spanish side.

Defeat proved a bitter pill for Atletico boss Diego Simeone under the circumstances, as he stormed off down the tunnel without shaking hands with Liverpool counterpart Jurgen Klopp.