shootings in Michigan that began October 16

federal agents are involved in the investigation

•       Investigators and state police are pulling over local drivers and

questioning them for details

Police are hunting a sniper in Michigan tied to 22 car shootings in two weeks, which have caused one injury so far.

A task force of investigators has started questioning drivers in four Michigan counties in hopes of catching a man suspected of shooting at other highway motorists head-on. Police investigators are searching for anything out of the norm during their traffic stops in Oakland, Livingston, Ingham and Shiawassee counties.

More than 100 local officers, sheriff’s deputies, state troopers and federal agents are now involved in the investigation, which began with reported shootings in Wixom, about 25 miles northwest of Detroit on October 16. 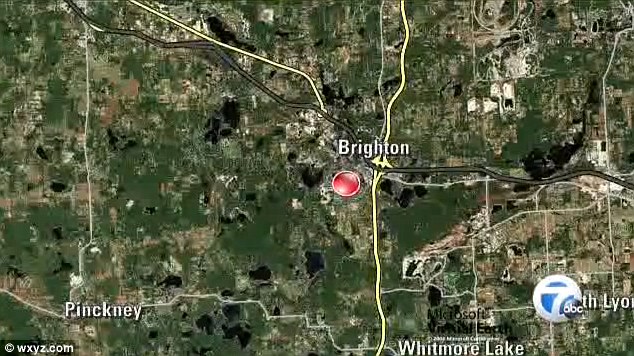 More than a hundred officers, deputies, state troopers and agents are on the hunt for the shooter

A local male was shot in the behind Saturday while heading east along Interstate 96 in Livingston County, causing a nearby school to go into lockdown, according to United Press International.

That victim has been the only person injured so far, but the suspect is believed to be shooting at people and not just their vehicles, said Oakland County Sheriff Michael Bouchard on Tuesday.

‘It’s been more of the grace of God than the guy intentionally missing people,’ said Bouchard. ‘We’ve had people who have been missed (by) inches. One bullet was lodged in a driver’s seat.’

‘The suspect is believed to be shooting at vehicles approaching from the opposite direction,’ said Michigan State Police lieutenant Michael Shaw.

‘Some motorists had not realized that their vehicles had been hit until they had driven a quarter-mile or more,’ he said.

The investigative task force has received more than 800 tips so far and has increased the reward money for any information that leads to an arrest to $102,000 from $12,000.

Witnesses have described the suspect’s vehicle as resembling a dark

1998 Oldsmobile Alero or a 1998 Toyota Camry. Those initial descriptions may not be correct, said Shaw. 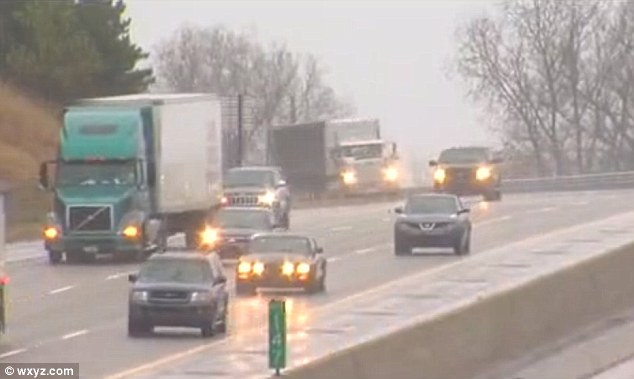 The I-96 Highway where the shootings took place

On Monday police stopped the driver of a dark-colored Chevy Cavalier after a woman reported that something hit her car on U.S. 23 near Brighton, Michigan at 9.05am.

No arrests have been made.

Local officials say it’s a must that they catch the suspect not only to protect lives, but also to stop the spread of fear among citizens in the area.

‘For Halloween, we are going to do special patrols in each of our subdivisions so kids can have a normal Halloween,’ said Clarence Goodlein, Wixom’s public safety director.

‘We’re not going to be in the business of letting a thug and hoodlum bully us and change the course of our lives.’