The Post Office is aiming to double the number of branches where customers can pick up Amazon purchases and grow its nascent parcel collections business to more than £100million.

Chief executive Nick Read will this week reveal plans to rapidly expand its ‘pick up, drop off’ (PUDO) business, which launched in spring and has helped revitalise the Post Office.

A fierce battle has erupted for market share in parcel delivery after the pandemic sparked a boom in online shopping. 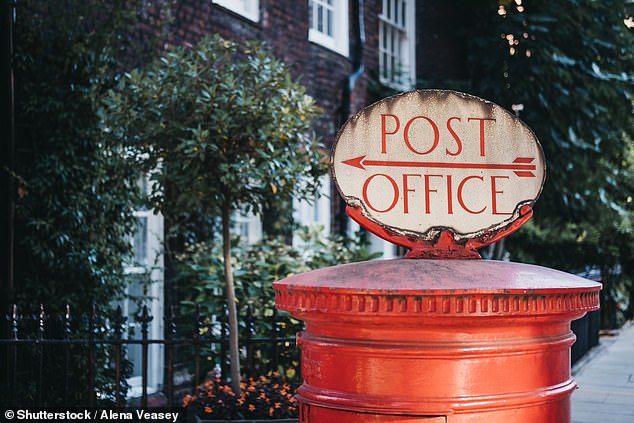 Heading in the right direction: The Post Office estimates the PUDO market could be worth £400million by 2026

Last year, a long-term deal which restricted couriers other than Royal Mail using the Post Office’s 11,500 branches ended. A trial offering click and collect services for Amazon began in March, followed by a deal with DPD in August.

In a speech to employees, Read will reveal that the revised service is now in 3,100 branches and is expected to double to more than 6,000 next year.

The state-owned firm estimates the PUDO market could be worth £400million by 2026, and has set a goal to land a 30 per cent share.

Post Office remained in state ownership after Royal Mail was split off and privatised in 2013.

‘Instead of a van making dozens of stops at individual addresses, it is making just the one stop at a Post Office, and crucially, enabling customers to come and collect their parcels at a time that suits them, as more of us are heading back to the office,’ Read will say this week.

He took over in 2019 replacing Paula Vennells, also a part-time priest, who presided over an IT scandal that left postmasters wrongly accused of theft.