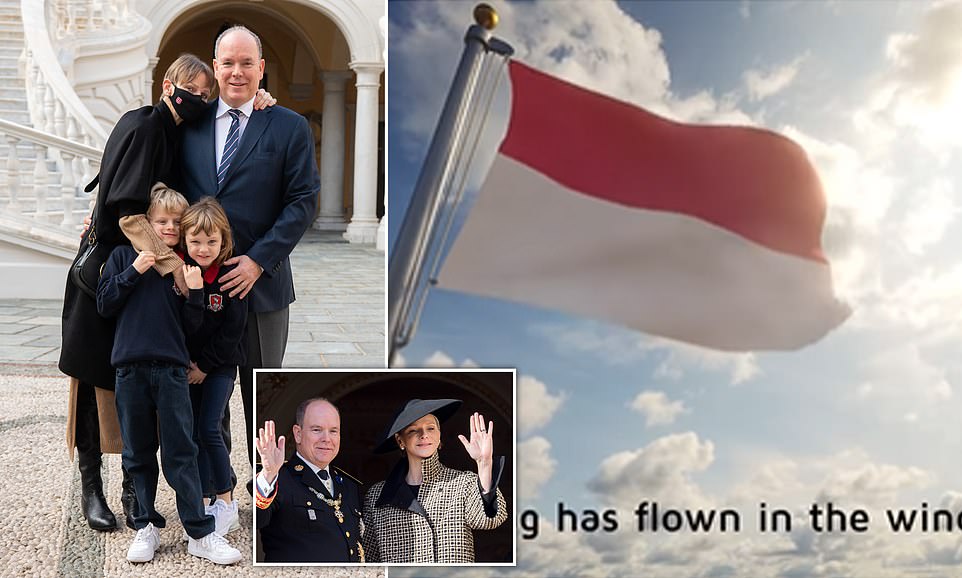 Princess Charlene of Monaco last night shared an Instagram post from the ‘secret location’ where she is recovering from a ‘fatigue that’s not just physical’, after Prince Albert revealed she had left the principality. The royal, 43, marked Monaco’s National Day – one of the biggest events in the royal calendar – with a video of the Monaco flag set to the national anthem. Prince Albert, 63, will lead members of the Monegasque royal family at today’s festivities, after confirming earlier this week that his wife will not be in attendance. Mystery surrounds the whereabouts of Princess Charlene after Albert’s wife, who has appeared increasingly frail, had left Monaco less than two weeks after her return from a 10-month stay in South Africa. 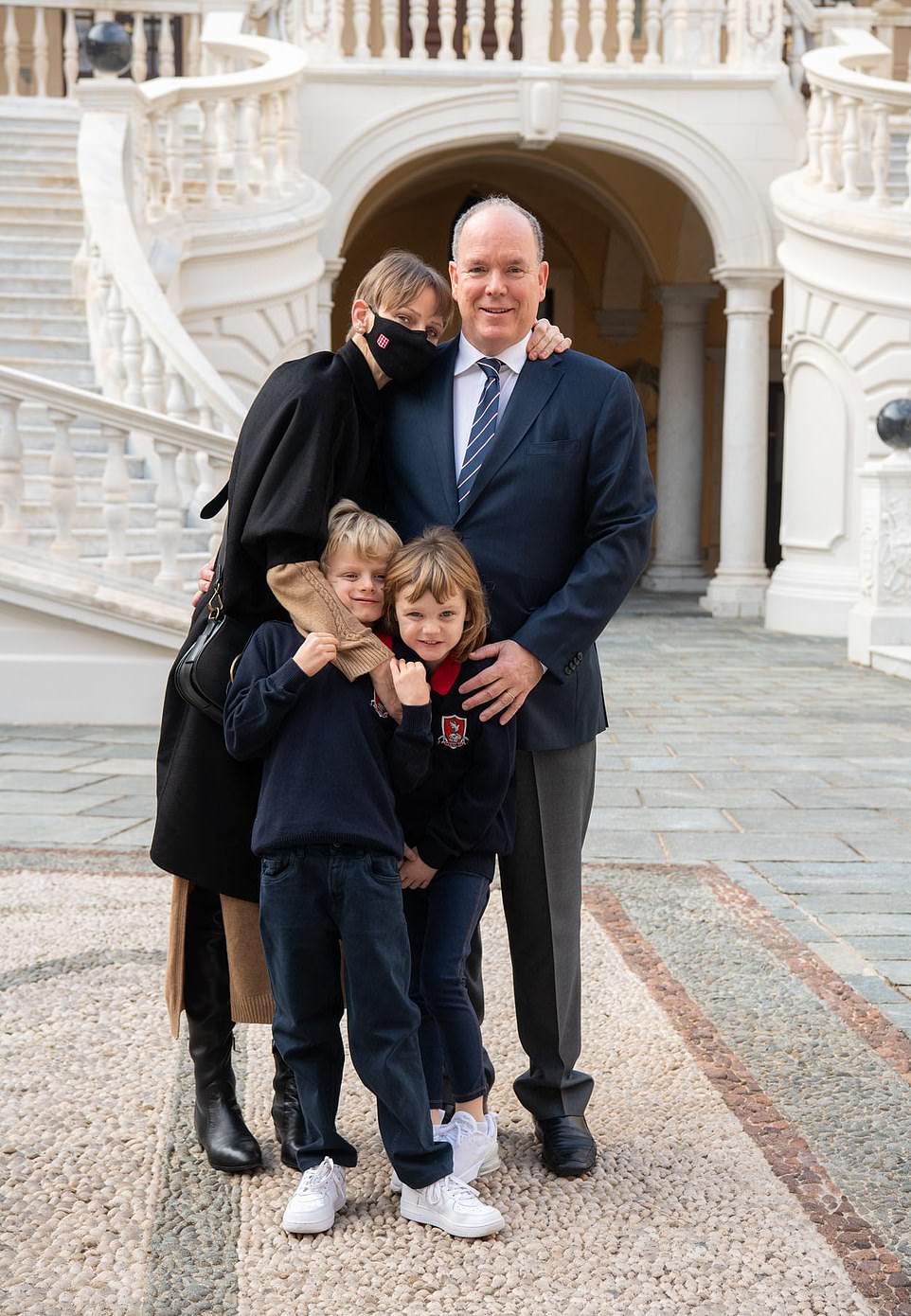 Princess Charlene shared a video of Monaco’s national anthem and flag on her Instagram last night, hours after Prince Albert confessed his wife is no longer in the country. The National Day of Monaco, also known as the Sovereign Prince’s Day, is celebrated every year on November 19. The annual holiday takes place on the same day as Prince Albert of Monaco ascended to the throne. The date of the National Day was traditionally determined by the reigning Prince. The previous Princes often chose the day of the saint they were named after. 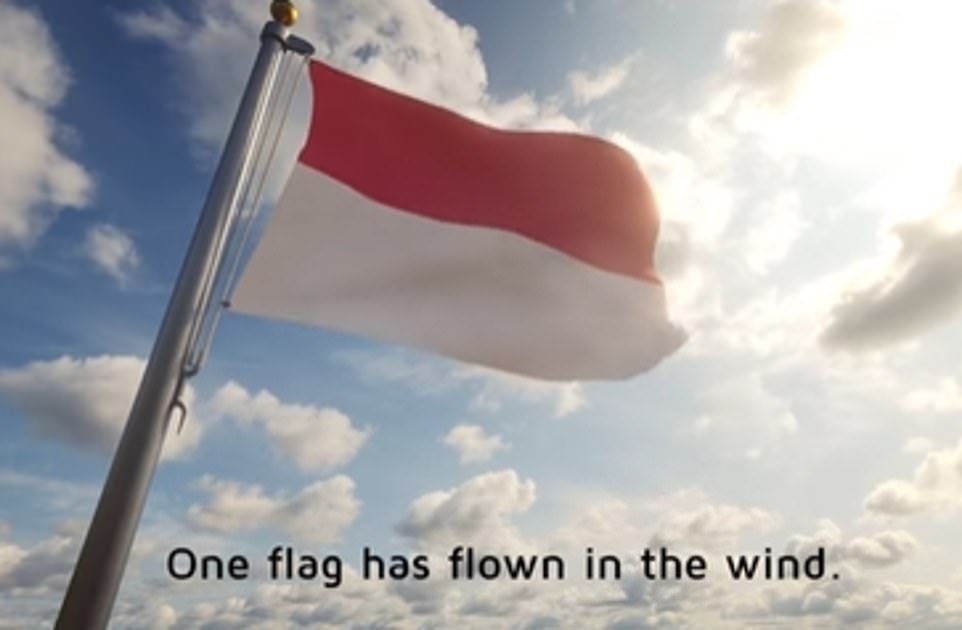 The mother-of-two shared the video, which shows the Monaco flag blowing in the wind while a choir sings the national anthem, on her Instagram page overnight. ‘She is better but she still needs rest and peace,’ Prince Albert said in an interview in Monaco-Matin, translated from French. ‘She is not in the Principality but we will be able to visit her very soon. I cannot tell you more out of discretion. There is tiredness, not just physical, which can only be treated with a period of rest and monitoring.’ 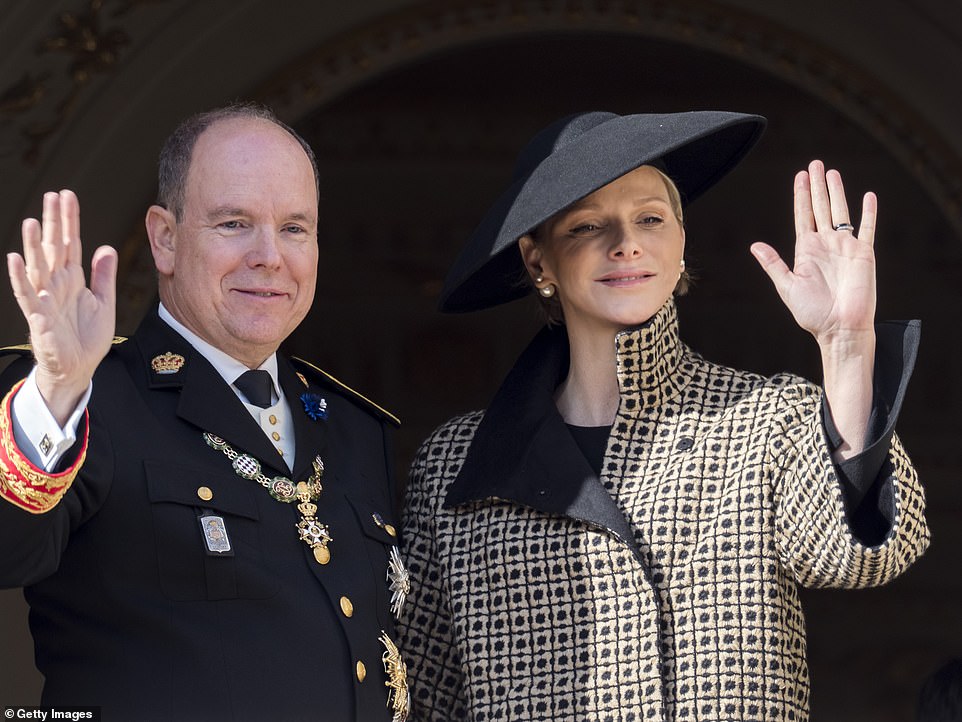 Princess Charlene is not set to celebrate Monaco’s National Day celebrations with her husband today as she has in previous years (pictured in 2019). 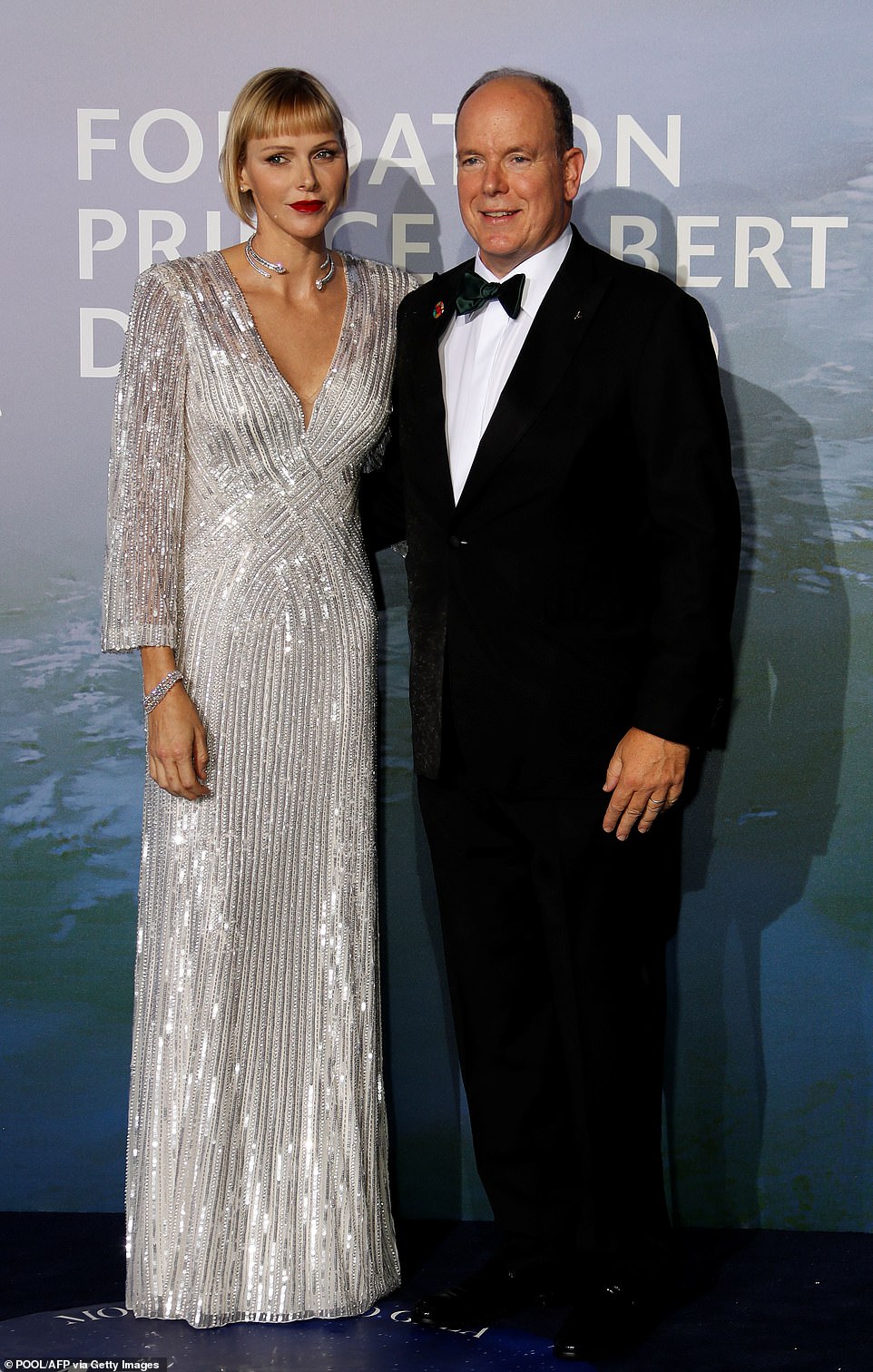 Pictured, Charlene at a Monaco gala in September 2020. 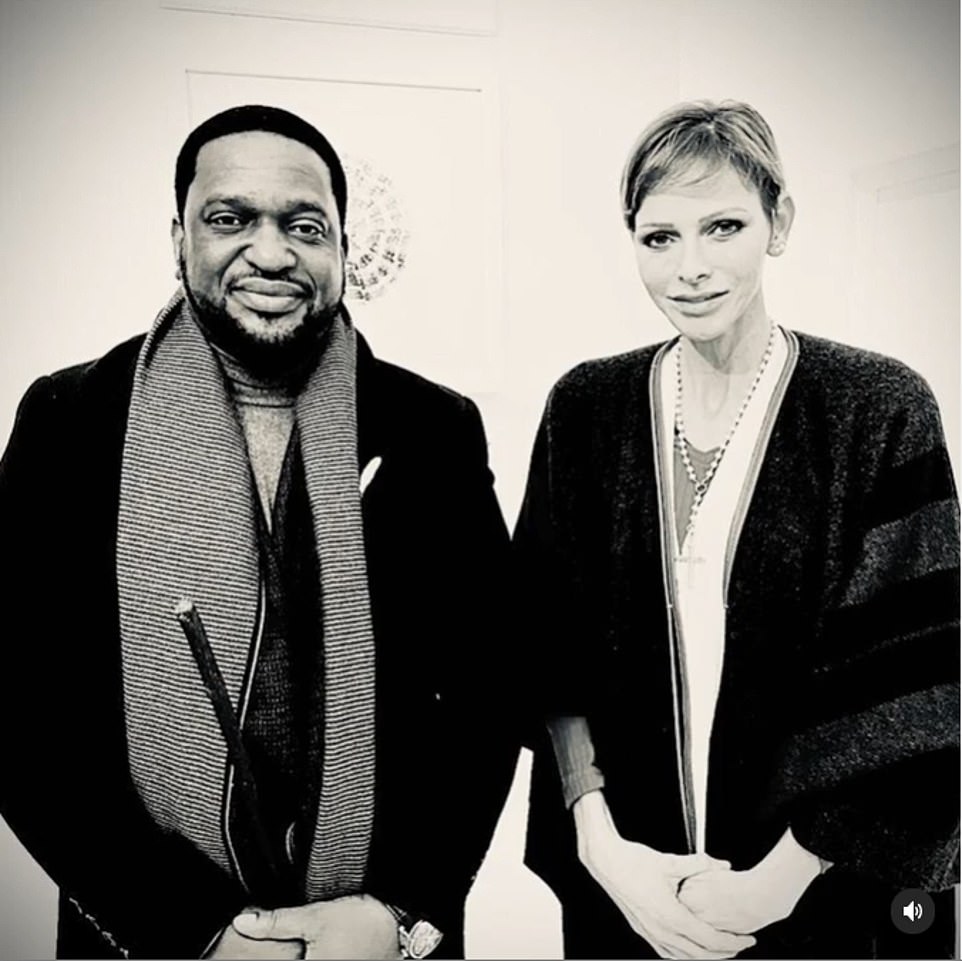 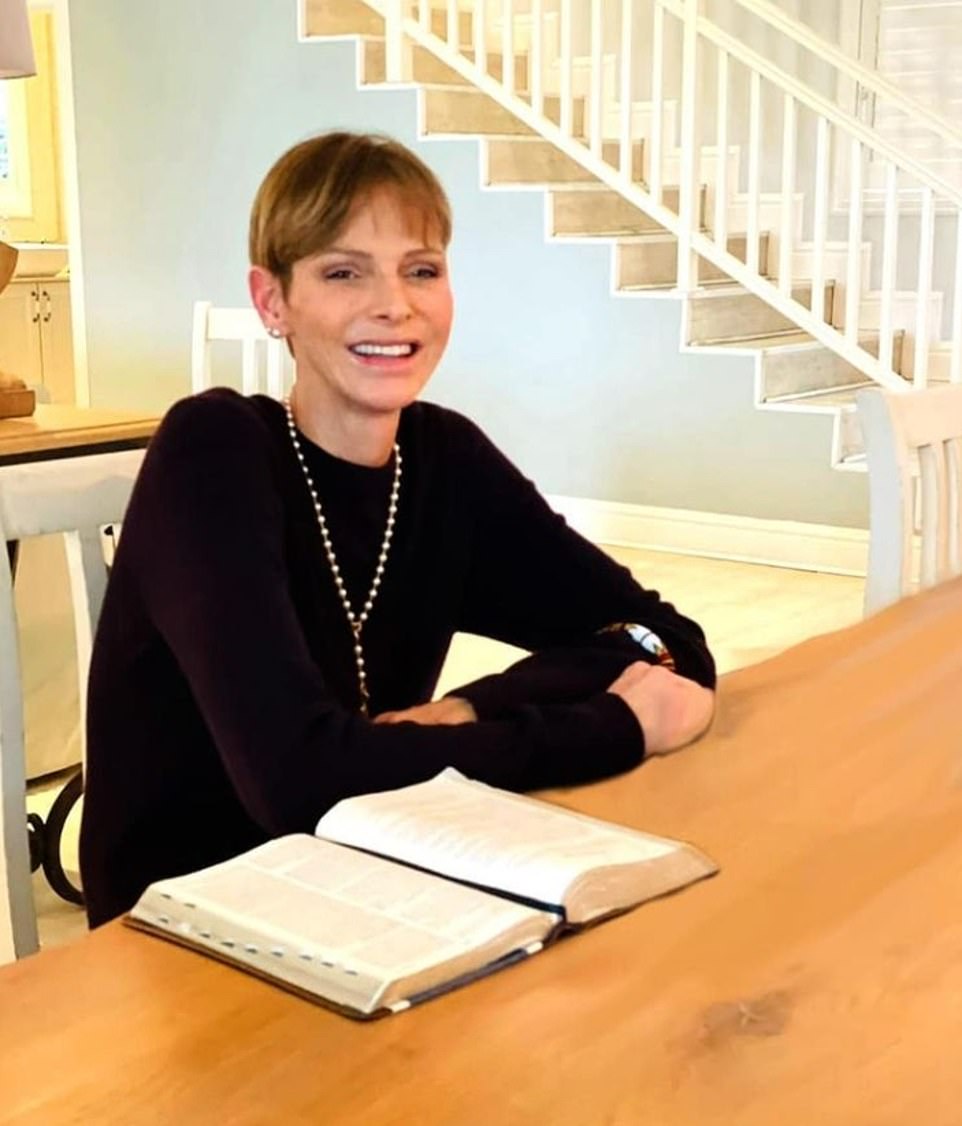 Charlene has appeared more frail in recent months, prompting concerns from royal followers. Pictured, the princess in a post shared from South Africa in October, before her return. 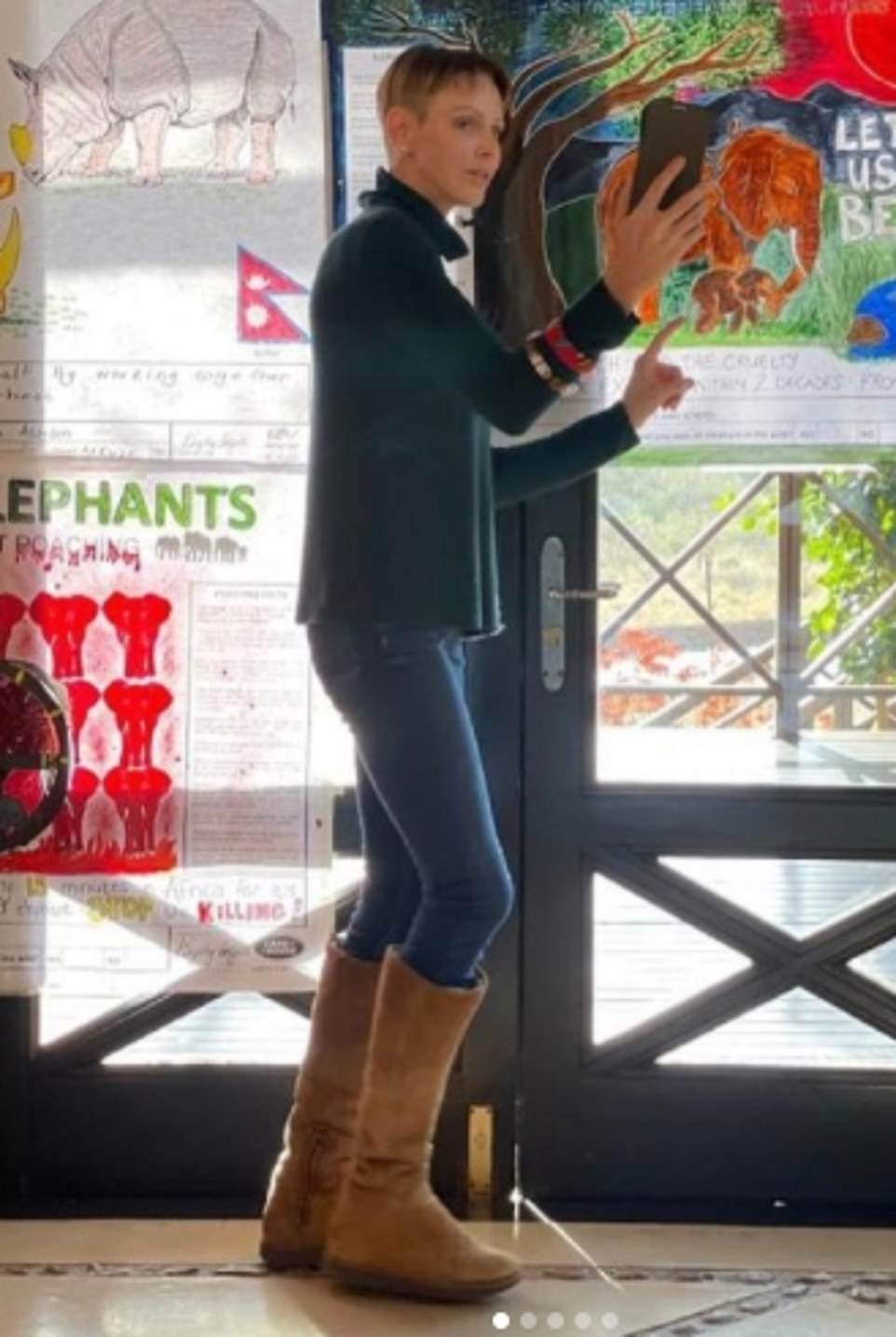 This photo shared by Charlene from South Africa in July prompted well-wishes from concerned fans. The princess is now receiving treatment for ‘tiredness’. 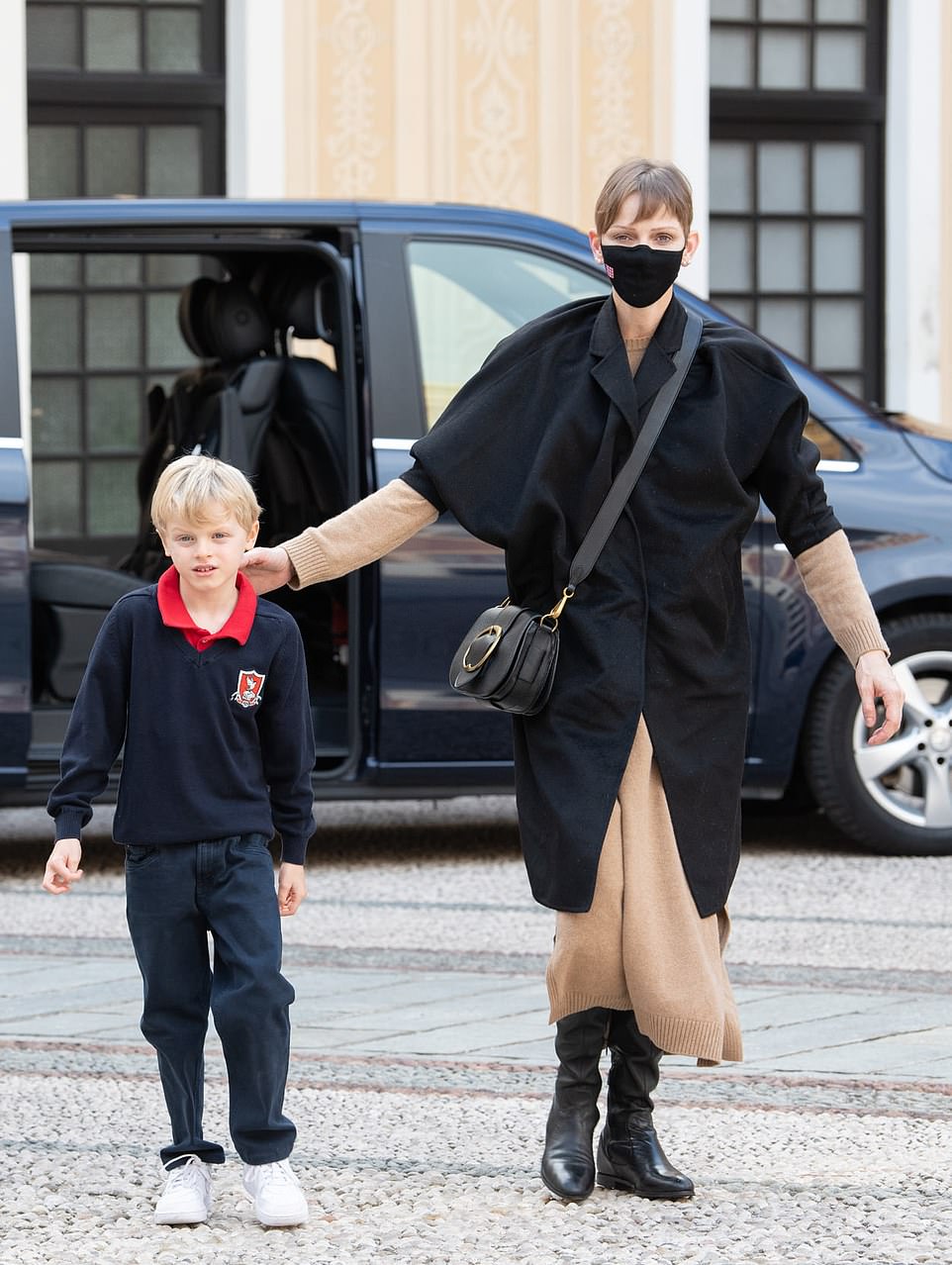 Charlene with her son Jacques, six, on her return to Monaco last Monday. Since her return from South Africa, there has been speculation as to when the princess will resume her duties. 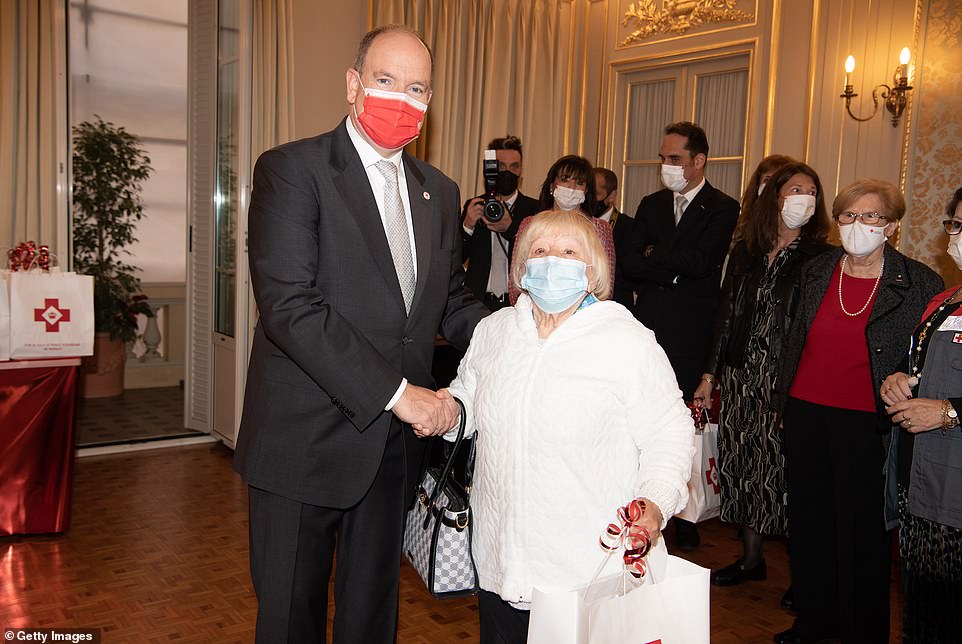 In the days after her arrival, Charlene’s sister-in-law Chantell Wittstock, told MailOnline the princess would not be returning to the palace and did not plan to immediately return to public engagements. Prince Albert has continued to carry out royal duties on his own (pictured). 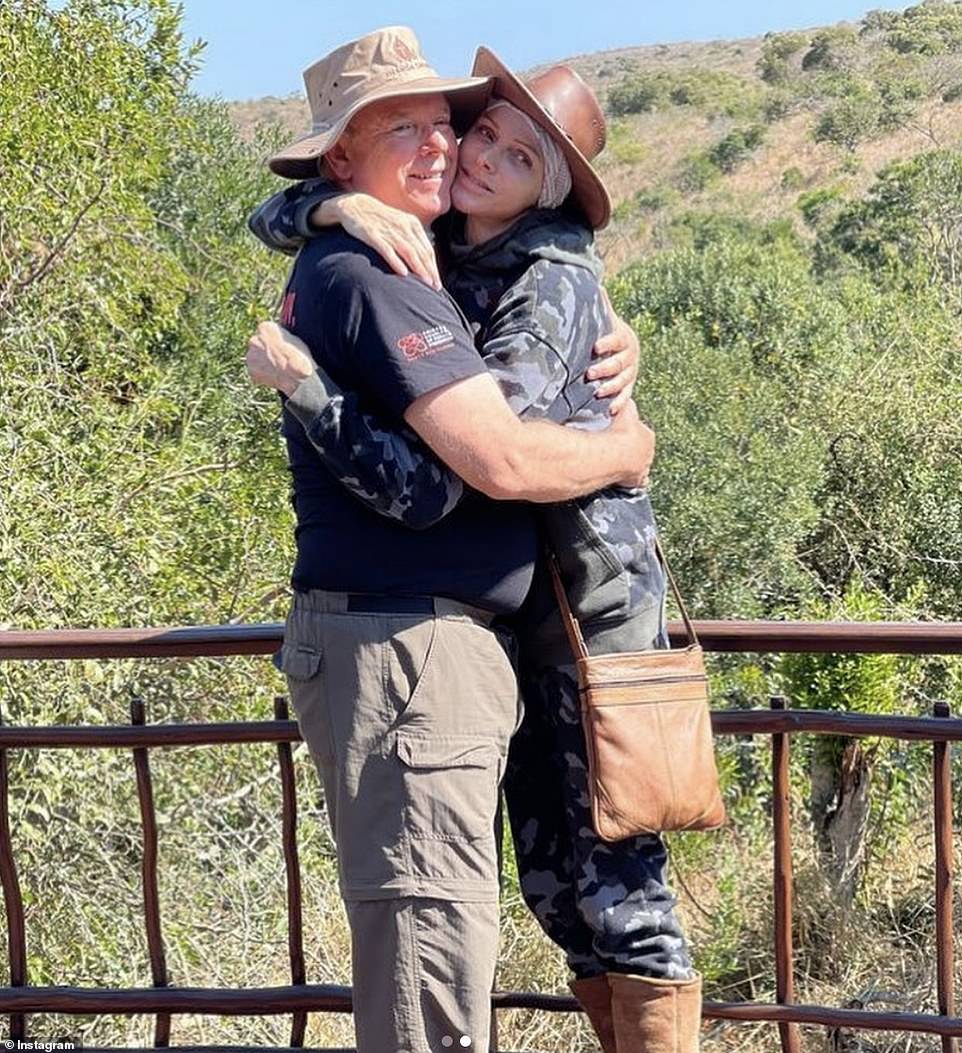 Prince Albert added their children, Jacques and Gabriella, had ‘suffered from the absence of their mother’ but that he had compensated by stepping up to take a more active role in their lives. Picture, Albert and Charlene embracing during Albert’s visit to South Africa in August. 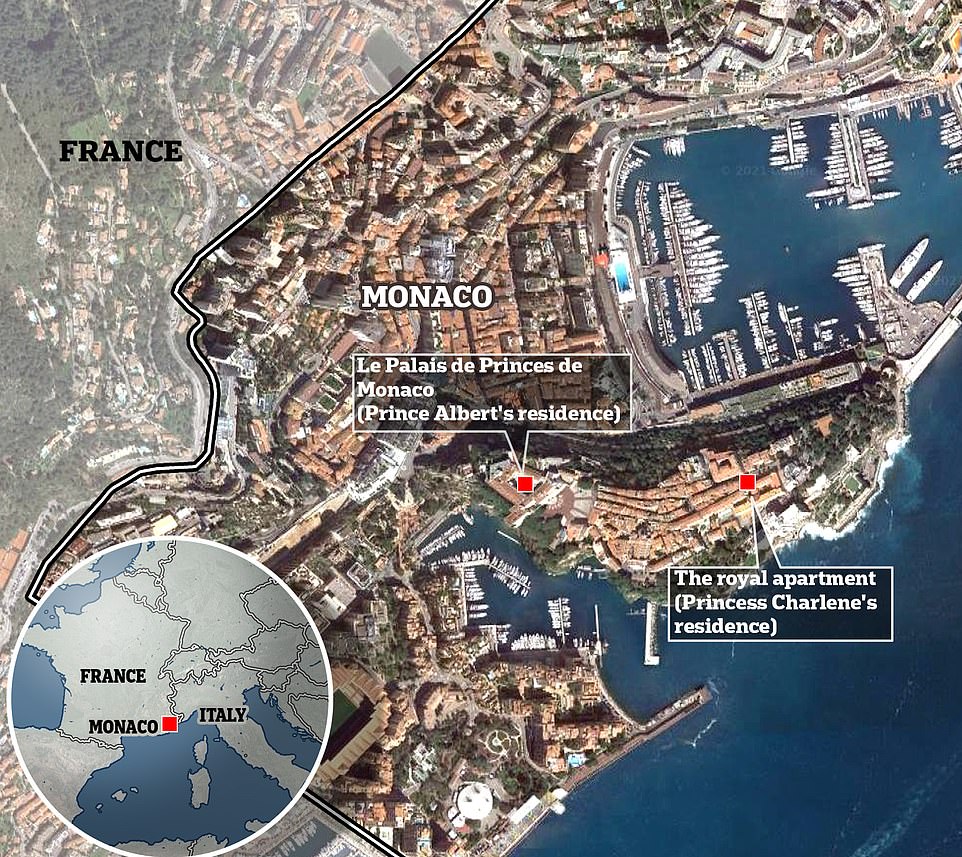 Separate lives? Before she left in January, Charlene had raised eyebrows by living in a modest two-bedroom apartment above an old chocolate factory about 300m away, rather than in the Palace itself, as illustrated. There is debate over whether she might return to the property. 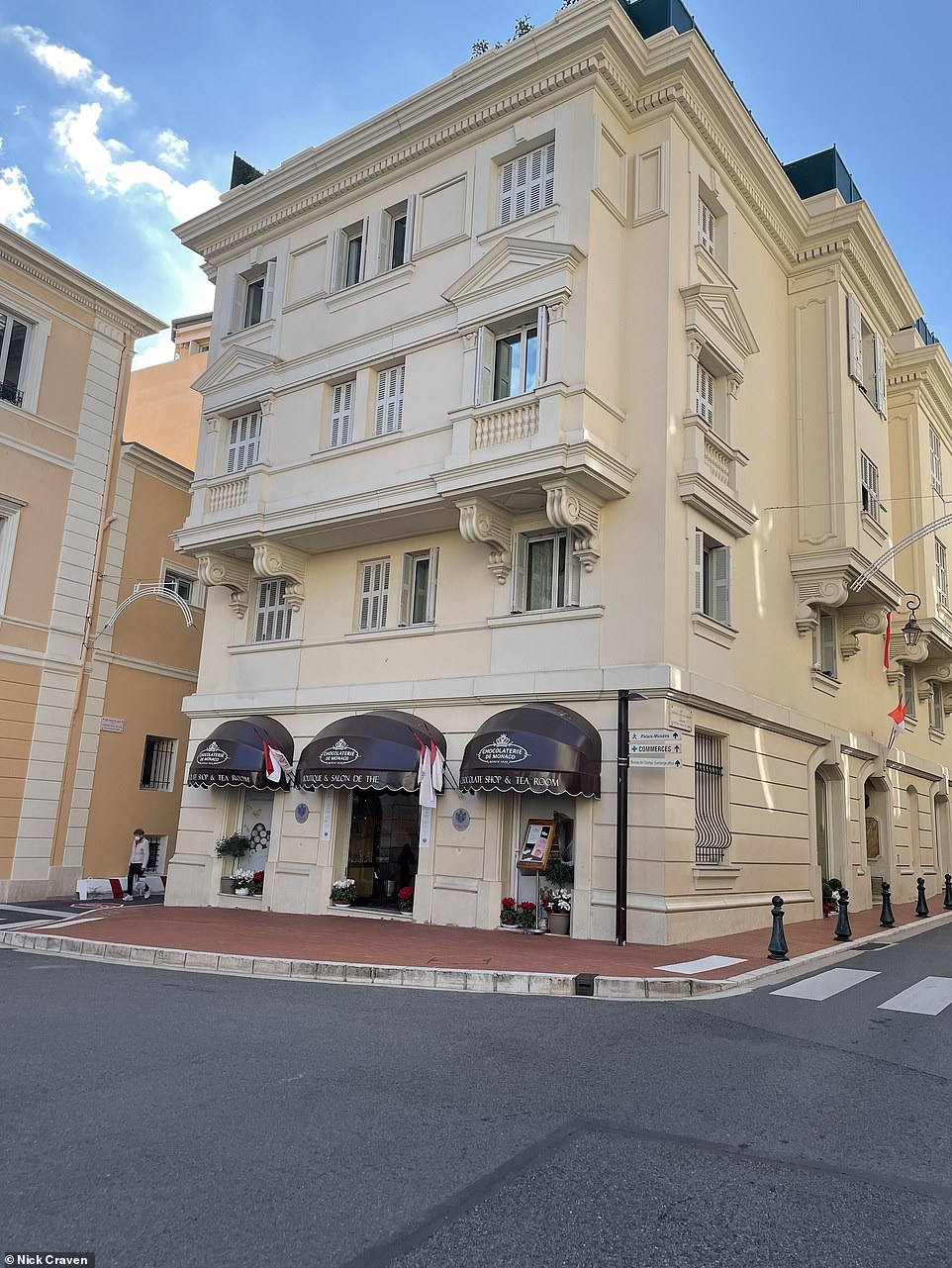 Low-key: Instead of enjoying palatial rooms overlooking the Mediterranean, and a domestic staff including butlers and cooks, the apartment, pictured, is a pared back apartment. 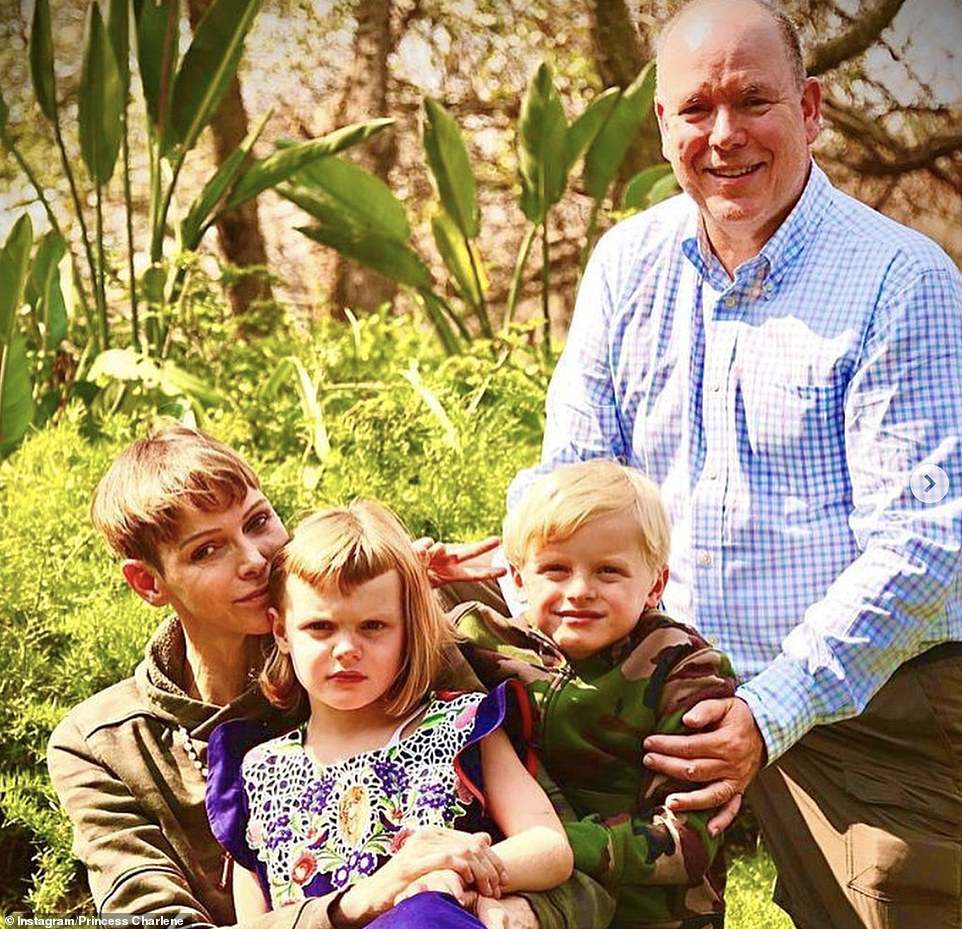 Charlene, who wed Prince Albert II of Monaco in 2011, has been living in her home country of South Africa for much of this year, and the extended stay has stoked speculation that the royal couple may be headed for divorce. Albert took their children to visit in August. 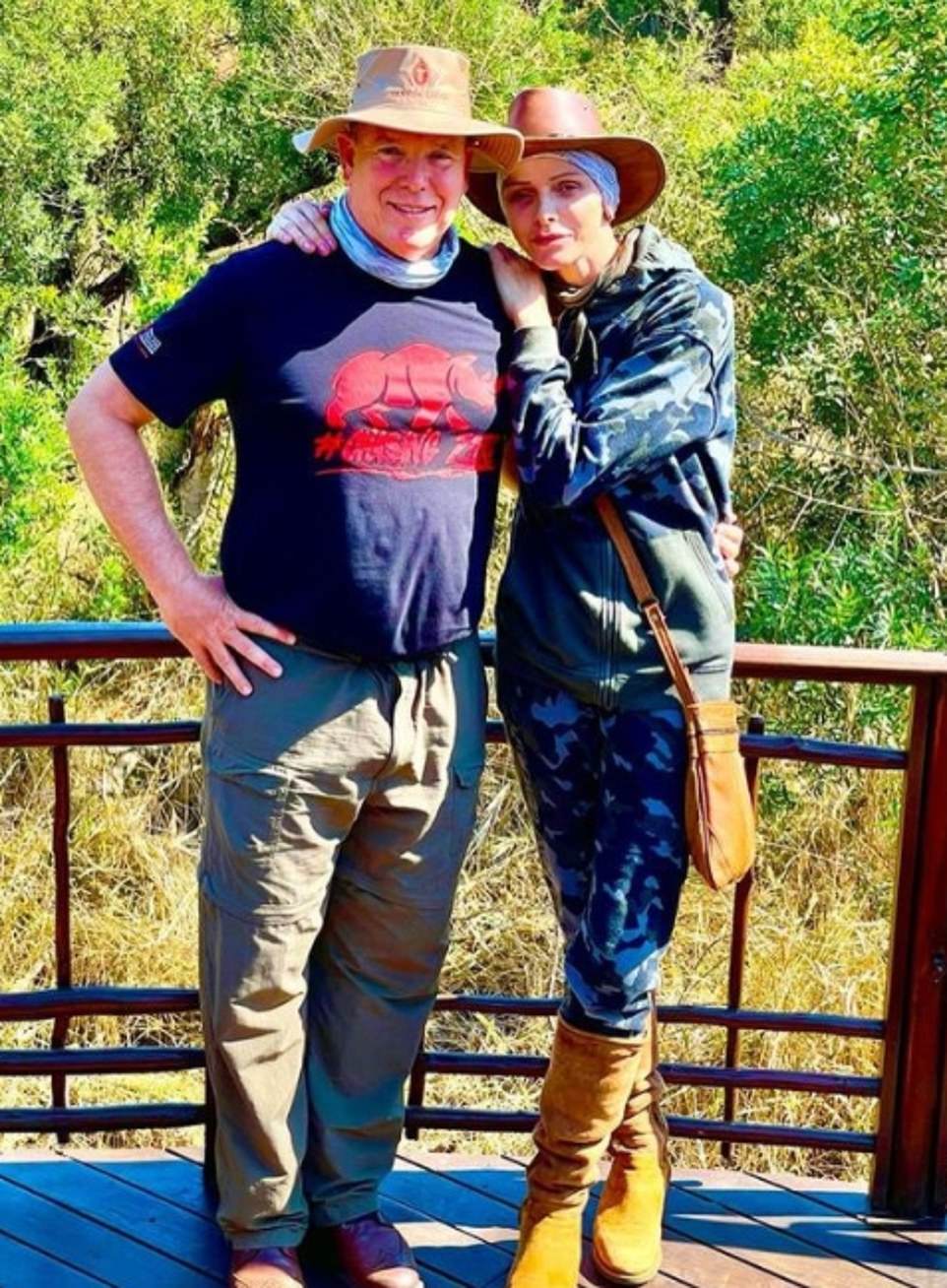 Charlene spent months without her family in her native South Africa while she recovered from surgery following a sinus infection she contracted during a solo charity trip earlier this year. Pictured, Albert with Charlene on a visit to see his wife in South Africa in August.