Priti Patel orders crackdown on middle class cocaine users: Police will now drug test everyone arrested for domestic and public order offences in City of London and swathes of Home Counties and Midlands

Priti Patel today announced more suspected criminals will be tested for recreational drugs on arrest as part of a Government plan to prevent violent crime.

The Home Secretary said drug testing on arrest will be expanded across all 43 police forces in England and Wales as she signalled a crackdown on middle class cocaine users.

Those who test positive for cocaine or heroin will be offered help to change their behaviour but those who are ‘unwilling to address their drug misuse’ will face ‘the harshest possible legal sanctions and consequences’.

Drug testing will be used when people are arrested for a so-called ‘trigger’ offence which includes burglary and theft.

But the ‘trigger’ list will be lengthened in five pilot areas, including the City of London and parts of the Home Counties, to include other offences like domestic abuse. 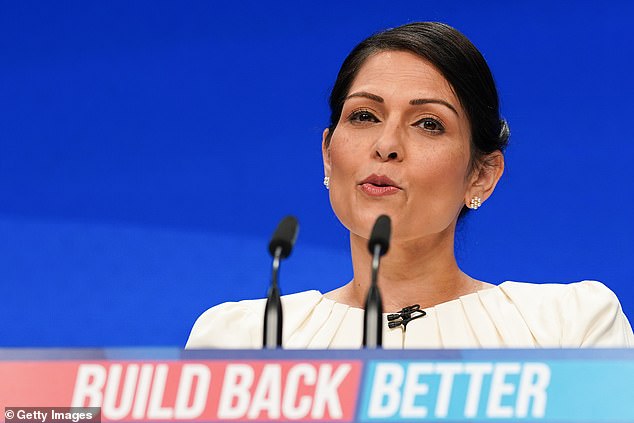 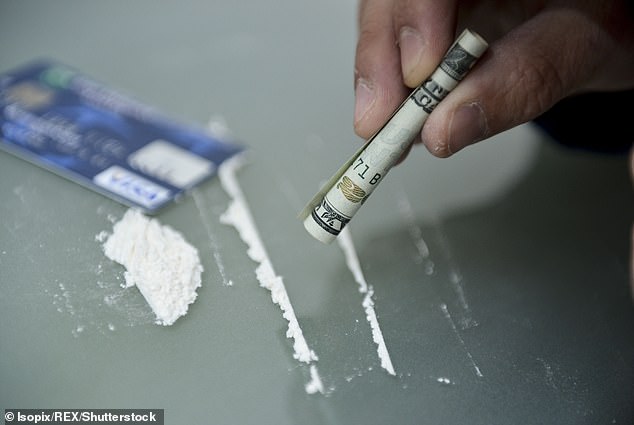 Drug testing on arrest is already used by some forces but Ms Patel used her Conservative Party conference speech in Manchester to confirm a new £15million investment which will see it become more widespread.

The policy will focus on arrests for crimes on a ‘trigger’ list, including narcotics offences, fraud, theft, shoplifting, burglary and robbery.

But five forces – City of London, South Yorkshire, West Midlands, Hertfordshire and Gwent – will be granted powers to test in a wider set of circumstances.

The expanded ‘trigger’ list could include domestic abuse and public order offences.

Ms Patel said: ‘Those who test positive as confirmed drug users will be supported to tackle their drug abuse and regain their independence.

‘But for those unwilling to address their drug misuse, there will be the harshest possible legal sanctions and consequences.’

The police cannot force a suspect to take a drug test but refusal to take a test is an offence in itself.

Those who test positive for opiates or cocaine will be referred for treatment or measures like drug awareness courses to try to ‘tackle the problem at its root and reduce the prevalence of drug misuse across society’, the Tories said.

Those who refuse help will face prosecution with a maximum penalty of up to three months in jail and/or a £2,500 fine, according to the Home Office.

The Government will offer £5,000 to all 43 forces in England and Wales to invest in extra testing equipment and training for police officers and staff this year.

The five pilot areas will receive an additional £32,000 boost this year to increase testing for the wider range of offences.

Ms Patel had announced the policy in an overnight interview with The Telegraph in which she hit out at middle class drug users.

Asked if the UK’s middle classes were too relaxed in their attitude to illegal drugs, Ms Patel told the newspaper: ‘There’s no question about this, I’m sorry that I’ve seen through all our work I’m unapologetic about this.

‘The harsh reality is, and I just don’t think drug-users recognise this enough, children are being used as a pawn in that supply chain, kids as young as seven years old.

‘How can anybody think that it’s OK, through addiction, habit or recreational use, to think that that is acceptable? It is not acceptable. It is completely wrong.’