Mosque worshippers showing their patriotism with a very Australian celebration made one unfortunate error – hoisting a New Zealand flag.

Members of the Ahmadiyya Muslim Community in Marsden Park, western Sydney, spent Australia Day beside the barbecue, snacking on lamingtons, and raising the flag in a heartwarming tribute to their beloved adopted home.

One member of the patriotic group, Javal, said it was a special day for everyone in the community who were overwhelmingly born overseas.

And despite their embarrassing blunder, they couldn’t be happier or more proud to be part of ‘the lucky country’.

The rest of the grounds were filled with so many Australian flags, it was impossible to count them all as they were putting them up for a week.

‘It unites people and for me that is singularly one of the best things humanity can offer.’

Every year for decades the local Muslim community holds a massive Australia Day celebration with thousands of locals packed into the grounds.

This year Covid restrictions meant the mosque could only cater for 100 people, but despite the smaller numbers there was still just as much pride.

Many members arrived from countries where resources are scarce and everyday freedoms Australians take for granted are in short supply. 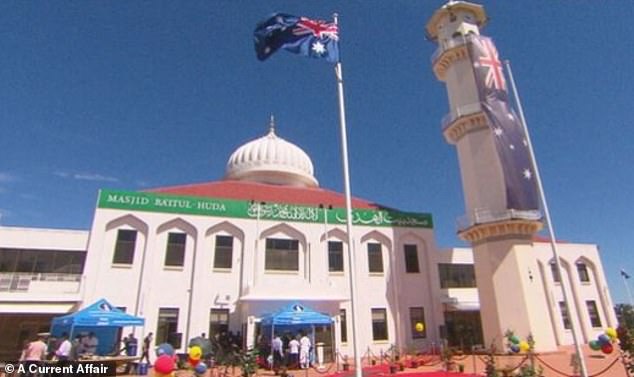 The grounds of Ahmadiyya Muslim Community in Marsden Park were filled with so many Australian flags, it was impossible to count them all 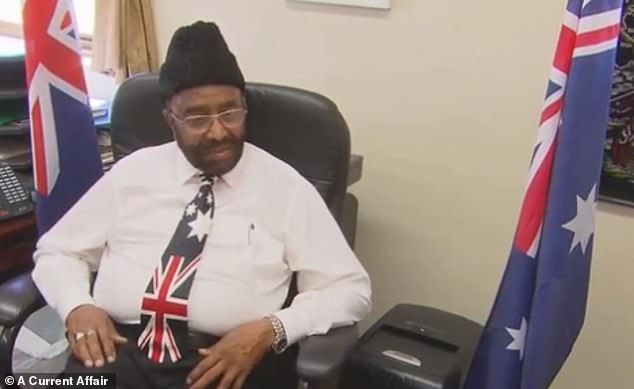 The group heard speeches throughout the day from members who spoke of how grateful they were to live in a nation that valued education, free speech and freedom to practice their religion without persecution.

As the day went on members performed multiple flag-raising ceremonies.

Their passion and love for Australia was evident, even when the group hoisted a Kiwi flag by mistake – and the glaring mistake did not dampen their patriotism.

‘Australia is the best country on the face of the earth. People should know we love this country and are loyal to this country. We are part of this family,’ Iman Cosser said.