Paris Saint-Germain are taking their esports team along with them on their Summer tour of Asia as they continue their preseason preparations before another year of Champions League competition.

PSG will participate in the International Champions Cup (ICC) with matches against Arsenal (28 July) and Atletico (30 July) before making its way to Shenzhen, China to compete in the Champions Trophy against AS Monaco (4 August).

Joining the men’s squad on the trip will be the club’s pro FIFA 18 players, Lucas ‘DaXe’ Cuillerier and Johan ‘ManiiKa’ Simon as PSG are hosting their own FIFA tournament in Singapore. 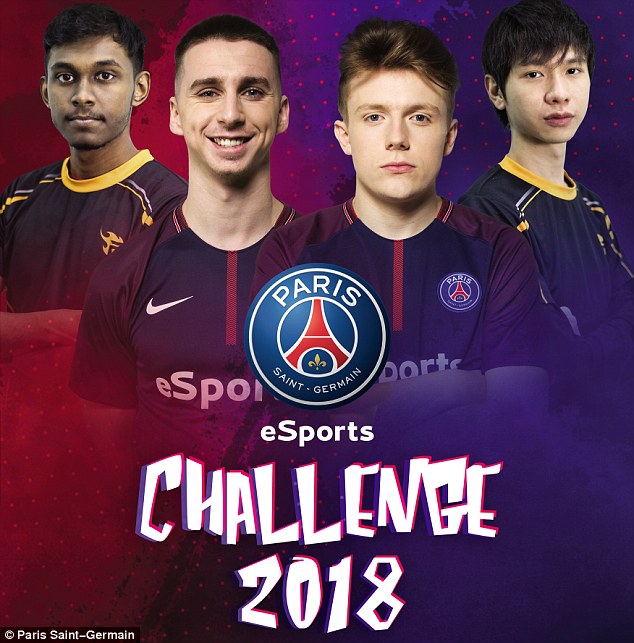 To run the tournament, PSG have partnered with Team Flash who are Southeast Asia’s leading FIFA team after winning $108,000 (£83k) at the EA Regional Championships.

Singapore has a good reputation for FIFA players with Christian Fuch’s team No Fuchs Given signing their player Chiang ‘Hibidi’ Wen Jun from the region. Flash will be entering their two FIFA players into the tournament this Summer: Amraan ‘Amraan’ Gani and Jospeh ‘Zarate’ Yeo.

The two PSG and two Flash players all beat out 20million competitors to reach the Global Playoffs in Amsterdam but none of them were able to make top eight of the PlayStation or Xbox divisions.

That means they won’t be competing at the FIFA eWorld Cup, the biggest FIFA esports event of the year which will be broadcast live from London with the final taking place Saturday August 4 from the O2.

Despite their short coming in FIFA this year, PSG’s esports division has experienced plenty of success in the past. The division began November 2016 when club president Nasser Al-Khelaifi revealed their first FIFA players and League of Legends team.

A year and a half later, PSG have five FIFA trophies, two Rocket League trophies and two DOTA 2 trophies with their newly acquired team from LGD.