A Queensland father has suffered an horrific ordeal after a small spider bite resulted in a leg amputation.

Stephen Craker, 62, was bitten by a white tail spider while he was at a Kippa-Ring home, 27km northeast of Brisbane, undertaking a quote for a garden maintenance job on October 21.

A few hours later Mr Craker returned to his Clontarf home when he noticed a small bump near his ankle that looked like an ingrown hair, according to The Courier Mail. 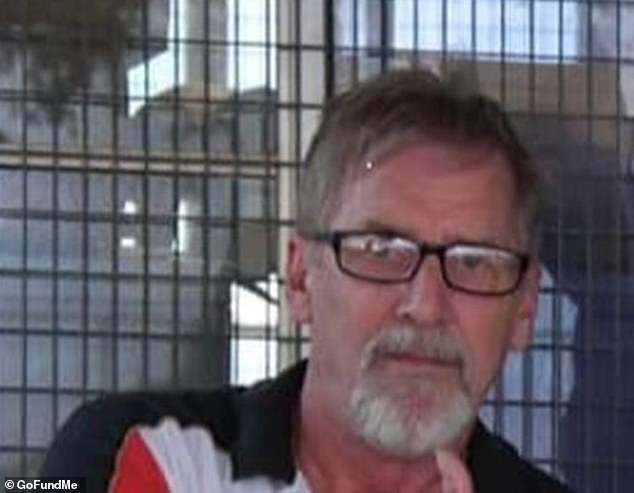 Stephen Craker, 62, (pictured) had recently been given a job offer and was undertaking a garden maintenance quote when he was bitten by a white tail spider

Over the next two days Mr Craker’s bump became increasingly painful, resulting in a trip to the GP who prescribed the 62-year-old some antibiotics.

By October 24 Mr Craker was in so much pain that he could barely walk.

After a trip to hospital and later a visit from a home doctor, he was advised to continue taking his antibiotics and was given some medication for pain relief.

Three days later Mr Craker’s condition worsened after his bite developed into a painful infection, causing his family to call an ambulance to Redcliffe Hospital.

Doctors performed two surgeries on his leg over five days but after developing necrosis he was transferred to the Royal Brisbane and Women’s Hospital.

Surgeons tried desperately to remove the infected tissue from his left leg with Mr Craker undergoing a total of nine operations in four weeks.

Eventually doctors told Mr Craker his only option was to undergo a below knee amputation. 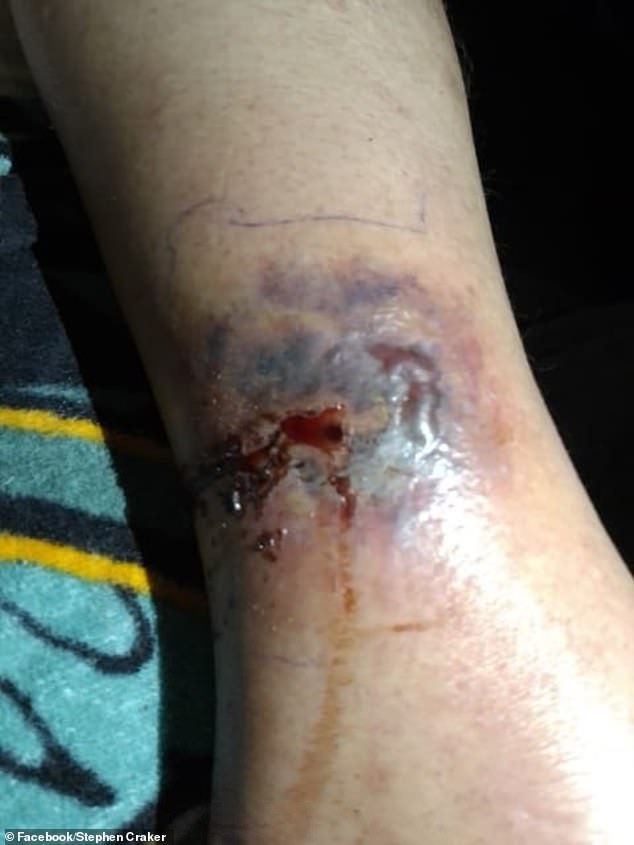 Mr Craker’s daughter Mish Jones has now started a GoFundMe campaign to help her father with the financial costs of his rehabilitation and medical expenses.

‘My dad was absolutely over the moon, words basically can not describe how excited he was to start a new job especially after 11 years of just waiting for an opportunity,’ she wrote.

Ms Jones said her father had gone through ‘absolute hell’ in the last month and that she just wanted to ‘make him smile again’.

‘It is killing me to watch my dear loved one go from being the happiest I’ve seen to having his entire world turned upside down,’ she said.

‘He is now currently trying to heal and get better, however knowing that he has lost his job opportunities has completely broken his heart and it’s extremely hard to watch.’

Tests carried out on the removed tissue confirmed he had been bitten by a white spider.

White tailed spiders are commonly found in homes across Australia and vary in size between 12-18mm.

Though non-venomous, the spider bite can cause a mild reaction, including itching and skin discolouration.

In rare cases, such as Mr Craker’s, painful blistering and ulceration can occur leading to severe complications.

Mr Craker is now reportedly out of hospital and recovering at home but still experiences some pain and discomfort.

Try to keep the spider for identification purposes if you have been bitten.

Localised irritation, such as a stinging or burning sensation

Ulceration (in some cases)

Nausea and vomiting (in some cases)