A town in Queensland’s south is facing rising floodwaters, forcing the evacuation of more than 900 residents as rain continues to smash Australia’s east coast.

An emergency was declared for Inglewood, in the Goondiwindi local government area, in the Darling Downs close to the NSW border on Tuesday night.

Residents were told to head to an assembly point at Inglewood Cemetery ahead of widespread flooding expected on Wednesday.

‘Significant flooding is expected to occur across the township in coming hours,’ police said.

‘Our crews were working through the night assisting that operation,’ he told Nine Network on Wednesday. 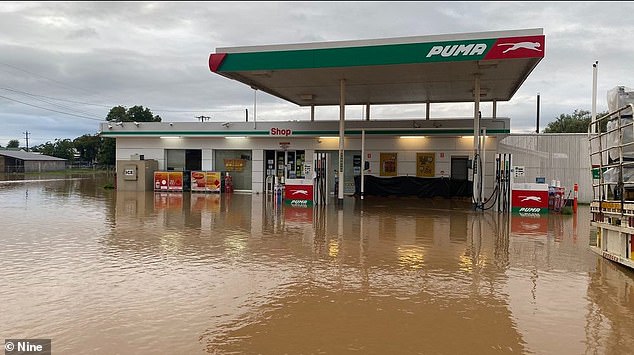 Mr Smith noted there had been widespread flooding across central Queensland, the northern parts of the state and through the southeast and southwest.

‘Overnight there were areas that got up to 180mm of rain,’ he said.

With the Bureau of Meteorology predicting more wet weather in the coming days, Premier Annastacia Palaszczuk has warned Queenslanders to get ready for the storm season that has come early this year.

‘The central and north coast regions were the worst-affected areas, with a small number of requests in the Brisbane, southeast and southwest regions (in the past 24 hours),’ she told parliament on Tuesday.

‘With catchments swollen due to recent rainfall, this means that localised flash flooding will remain a threat throughout Queensland over the next week.

‘I encourage all Queenslanders to prepare for storm season now.’

Meanwhile, rain is set to continue on the first day of summer after weeks of flooding around NSW, with severe storms hitting already drenched catchments.

The Bureau of Meteorology warned on Tuesday evening a ‘tropical airmass with abundant moisture’ was in place and severe thunderstorms were likely to produce heavy rain that could cause flash floodings, damaging winds and large hailstones.

The storms were expected to impact as far south as Griffith in the Riverina region.

Residents in Scone, in the Hunter Region of NSW, say the floods are the worst they’ve had in over 30 years. 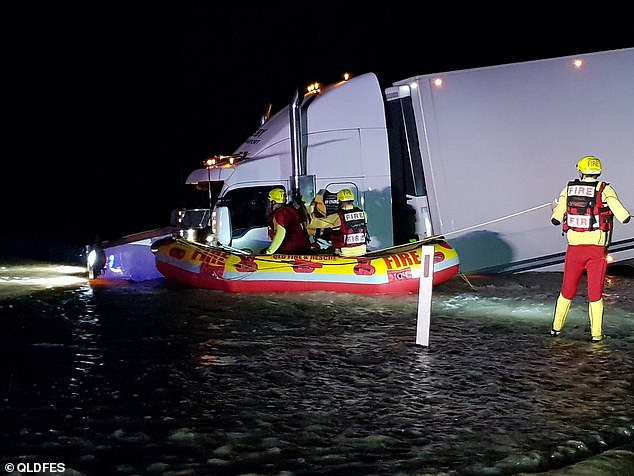 The Bureau of Meteorology (BOM) revised a major flood threat that would likely impact the whole town (pictured, rescue crew retrieve a man stuck in floodwaters at Goondiwindi)

Further rain expected on Wednesday threatens to add even more water into catchments already at risk of flooding in the northern rivers region of NSW.

A flood watch was issued on Tuesday for rivers there and on the mid-north coast, with possible renewed river level rises in the northwest slopes as well.

Flooding in Gunnedah has eased as the peak heads toward Narrabri. Gunnedah locals are now preparing to assess damage to their properties.

The SES is closely monitoring the Macquarie River as it heads through the central NSW town of Warren, where it’s expected to reach around 9.3 metres on Wednesday morning and deliver major flooding.

Widespread flooding is also expected in nearby Gin Gin.

The Macintyre River catchment recorded rainfall totals up to 80mm in some areas since 9am on Tuesday. The SES expects the rivers to have peaked overnight and begin receding on Wednesday.

Major flooding continues downstream at Wee Waa, where water levels are expected to remain near the current level with major flooding.

Depending on how much rain falls in the next couple of days, flooding is expected to continue as water moves down the river systems.

‘We’re really hoping to get some respite from some of the rainfall but every day we seem to be getting more and more rain across those flood-affected areas,’ Bureau of Meteorology national flood operations manager Justin Robinson said on Tuesday. 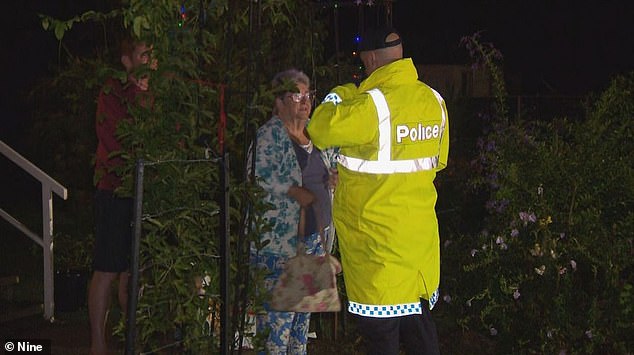 About 1,000 residents from the town of Inglewood were evacuated at 10.30pm on Tuesday night as a precautionary measure ahead of heavy rainfall