Victorian officials have endured one of their biggest batterings since the pandemic began.

But Premier Daniel Andrews was nowhere to be seen.

Fired-up about the prospect of finally being shown secret health department briefings that condemned Victoria to one of its six lockdowns, the Victorian press gallery was sparked into action on Wednesday. 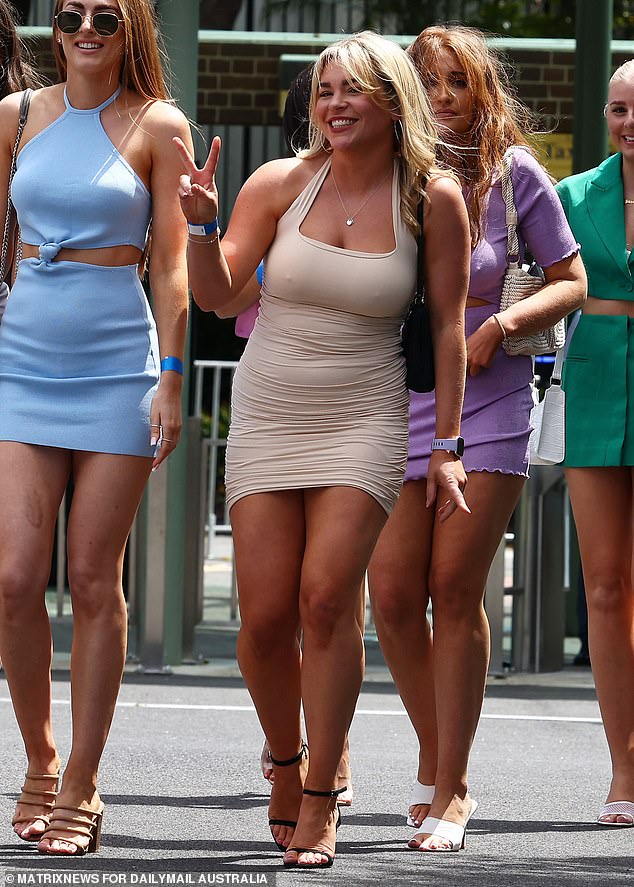 In Sydney, the young have vaxxed their way to freedoms Melburnians can still only dream of enjoying 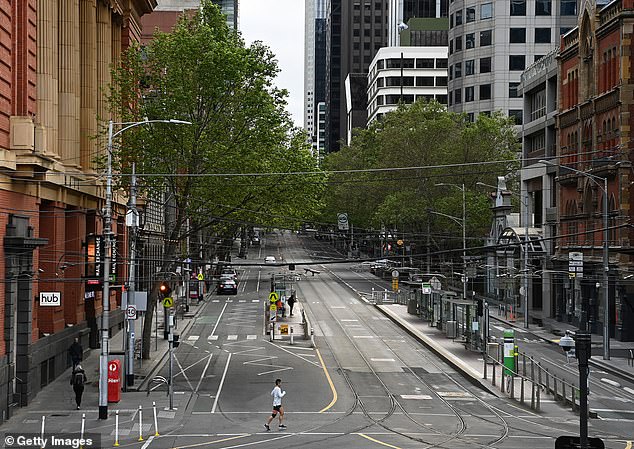 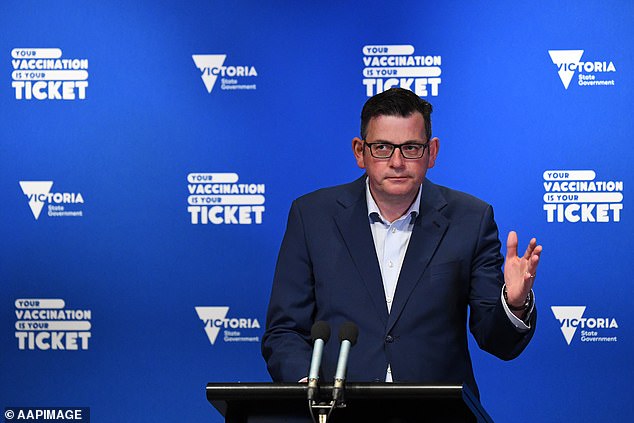 Dan, Dan he’s our man, if he can’t be there, some other minister will front up to bat back questions from nosey reporters.

Assistant treasurer and senior minister Danny Pearson was forced to deflect the onslaught alongside Covid commander Jeroen Weimar – by now a seasoned media identity in Melbourne.

Reporters rightfully wanted to know if the advice provided to Victoria’s health department that it used to justify the state’s February lockdown would be released to the public.

The questions were sparked by news this morning that the Office of the Victorian Information Commissioner had ordered the release of more than 100 pages of the Department of Health briefings.

That order came after Mr Andrews and his cronies refused to release the documents to the state opposition under Freedom of Information laws, which prompted their successful appeal to the OVIC.

The revelations, broken by Melbourne’s Herald Sun, were the talk of the town on Wednesday, but Health Minister Martin Foley – a regular at Covid pressers – was also absent at the daily press gathering.

The young jabbed their way out of lockdown on the back of AZ in NSW. In Victoria, battered citizens were too scared to get the jab after some damning health advice 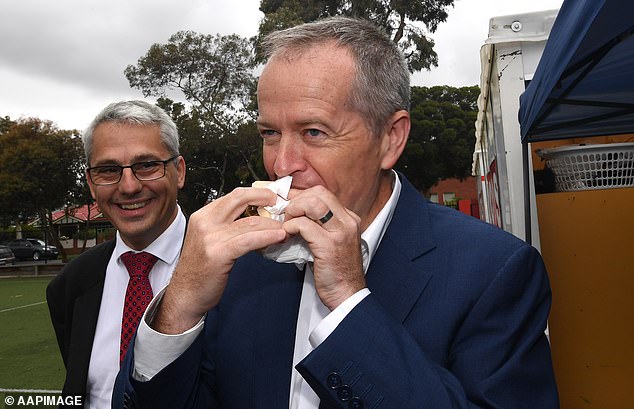 Victorian minister Danny Pearson (left)  in 2018 – the last time a photo of him was put into the Daily Mail Australia photo system he is that rarely seen in public. He is pictured with then Labor leader Bill Shorten

NSW JABBED AHEAD ON THE BACK OF AZ

More than double the number of Sydneysiders under the age of 40 rolled up their sleeves during the Delta outbreak to take the AstraZeneca jab compared to young Victorians.

Statistics obtained by Daily Mail Australia from the federal Health Department show 819,527 AZ jabs went into the arms of young NSW residents between July 13 – when Delta hit Bondi – and October 10.

Over the same period, Victorians under the age of 40 took just 309,878 AZ jabs – with many preferring to wait for Pfizer.

Victoria’s adverse reaction to early warnings on AstraZeneca saw NSW jab its way to freedom on the back of the Covid-19 vaccine.

‘These documents are not my documents,’ Mr Pearson said.

‘As I understand it, the Department of Health will consider this.’

The minister, who presides over regulatory reform, government services and creative industries, said he hadn’t even seen the documents reporters were asking him about.

‘I’m not the health minister,’ he said.

The Department of Health has 14 days to appeal against the decision for it to release the documents.

It has long argued the advice it had based its lockdowns on revealed ‘high-level deliberative processes of government’ and risked jeopardising the trust between public officials and a minister.

Should the documents be released, as instructed, it is likely to open the flood gates for the release of the rotten advice that doomed Melburnians to the longest lockdown in human history.

But with Victoria set to reach the 70 per cent second dose vaccination rate within the coming hours, those best suited to answer the Andrews Government’s dawdle out of lockdown were nowhere to be seen.

When asked by reporters, former railway boss Mr Weimar said Victorians would not be coming out of lockdown before Friday even if the target was reached.

‘At this stage of the game whether we hit it at 9pm or tomorrow morning, I think it’s an immaterial thing,’ he said. 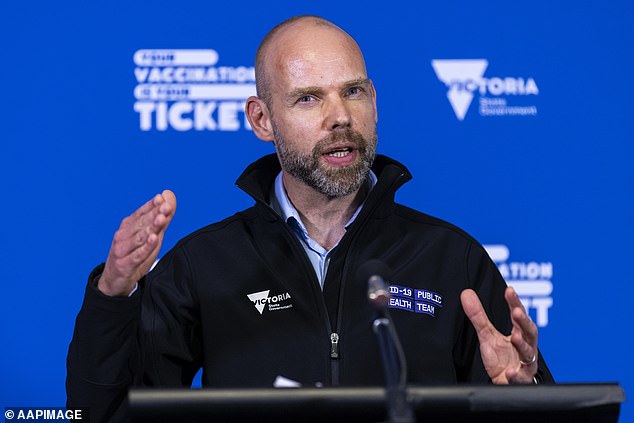 Bullet magnet: Covid commander Jeroen Weimar was forced to carry the can at a press conference on Wednesday for his political masters. They made a monkey of him hours later

Sydney has been out of its relatively short lockdown – compared to Melbourne – since October 11.

On Saturday, thousands of Sydney residents flocked to a prominent horse race as New South Wales reached its target of 80 per cent of people fully vaccinated.

‘It is really sad that Victorians are being held back,’ Federal Treasurer Josh Frydenberg said.

In NSW, seven died and 283 new cases of Covid-19 were detected overnight.

Even as Melbourne prepares to reopen at 11.59pm on Thursday, it will only see a handful of people at a time allowed into pubs and 10 visitors to be allowed to homes each day.

Students will have a staggered return to school and hairdressing and personal care will open to five fully vaccinated people.

Retail will still not be allowed to open.

In comparison, NSW effectively threw open the gates, allowing shops to reopen, kids back to school and density limits for up to 20 people per booking at pubs.

On Wednesday, Mr Weimar told Victorian hospitality workers they might well be fined if they attempted to get to work for the expected midnight openings due to Melbourne’s 9pm-5am curfew. 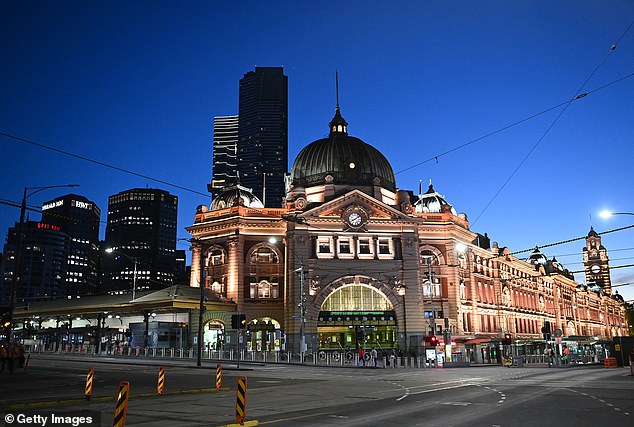 Melbourne on Tuesday night. Before lockdowns, Melbourne was known for its bustling nightlife on any day of the week 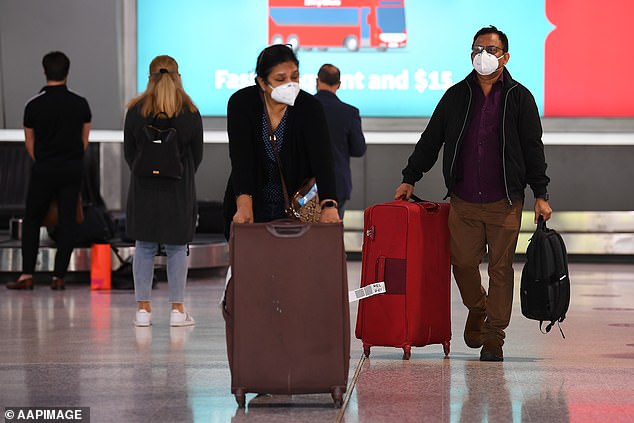 Travellers are seen in the baggage collection lounge after arriving in Melbourne from Sydney on flight QF427 at Melbourne Airport on Wednesday. While they are free to roam the state, those trapped in its capital are not – even if double vaxxed

The bulletproof bureaucrat, who has taken repeated hits for his political masters, was forced to mount a ridiculous argument to questions from puzzled reporters on the outrageous proposition.

‘They are not essential workers, and again, that’s something that the businesses will need to manage,’ Mr Weimar said.

Victoria’s roadmap out of lockdown is littered with contradictions based on seemingly ludicrous health advice.

While a Melburnian will be able to take off their mask while eating and drinking in a group at a restaurant – or visiting family and friends’ homes – they must wear it while walking alone outdoors.

Restaurants will be allowed to seat 20 unmasked people indoors, but food courts will remain takeaway only.

And a Sydneysider can travel from NSW to Victoria, including into regional areas, but Melburnians can’t leave the metropolitan area.

Less than two hours after Mr Weimar made his comments on hospitality, he was humiliated by Mr Andrews’ press office, which let reporters know hospitality workers indeed would be permitted to leave home during curfew hours to attend work.

But ordinary Melburnians would again have to wait it out.