By Daniel Matthews For The Daily Mail

He is one of only three men to have won the World Cup as player and coach. Win this summer and he will become the first man to do the double-double, having also captained France to victory at Euro 2000.

That would put him among the finest coaches of this era. And yet, the France boss still seems rather out of place, a perfect antidote to modern football’s bizarre cult of the manager.

So many teams are now in thrall to a generation of super-coaches who spawn ‘disciples’, and whose distinctive, dogmatic styles are approaching caricature. 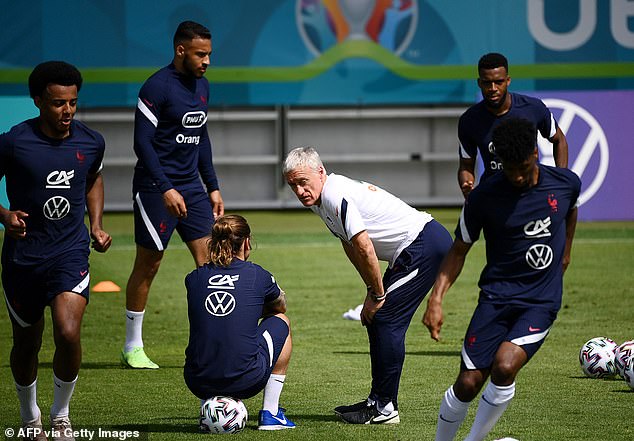 Marcelo Bielsa, Jurgen Klopp, Pep Guardiola, Diego Simeone — everyone knows how they play, what they wear, even their preferred pitchside stances. Deschamps seems a rare breed: a boss who operates in the shadows of his players. A coach who prioritises pragmatism over philosophy.

His star-studded side remain functional within a lopsided 4-2-3-1 and even his matchday attire — navy suit, black shirt — is wonderfully vanilla. His gifts — coaxing brilliance out of Paul Pogba, managing internal frictions — are more subtle.

Nevertheless, France’s ‘water carrier’ has become head sommelier. And the champagne is on ice once more. 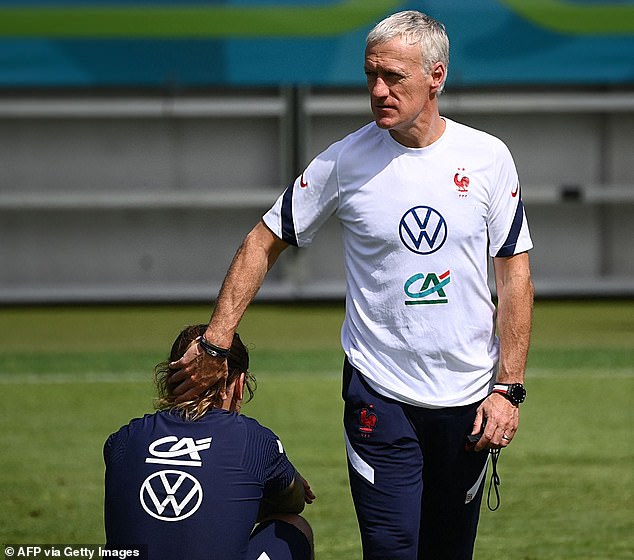 Earlier this week Cristiano Ronaldo moved bottles of Coca-Cola out of sight during a press conference before telling viewers to drink water.

Having bamboozled the German backline on Tuesday, the France star — a Muslim — decided that Dutch lager was to be collateral damage.

So, while speaking to the press, when Pogba spotted a carefully-placed bottle of (alcohol-free) Heineken, he picked it up and popped it on the floor.

So what’s the next frontier of this fight against corporate greed? National League coaches boycotting Vanarama over the price of leasing a vehicle?

While we’re praising Pogba, it’s time to talk about that pass to Lucas Hernandez, which preceded France’s winner against Germany. For those living under a rock, it was football’s answer to a perfect pitching wedge — played with the back of the club head.

Pogba dug the ball over the German backline with the outside of his right boot. No swerve; pure backspin. It dipped and checked perfectly inside the area.

Genuine innovation is a rare phenomenon. Only a few other recent examples spring to mind — knuckle-ball free-kicks and Mesut Ozil’s incredible dink-the-ball-by-chopping-it-into-the-ground (there’s a YouTube compilation for the uninitiated).

I look forward to trying this latest trick at five-a-side. And the inevitable sprained ankle.