It was during a boozy night in Budapest in 2019 that Robin Gosens and his friends stole a street sign and ended up making international headlines.

German newspaper Bild wrote of the ‘Gosens Gang’, their heist revealed to the world when the player naively posted his loot on his social media account.

‘I had around 20,000 followers, so no big deal I thought,’ protested Gosens, then uncapped and still 12 months away from his first Germany call-up. 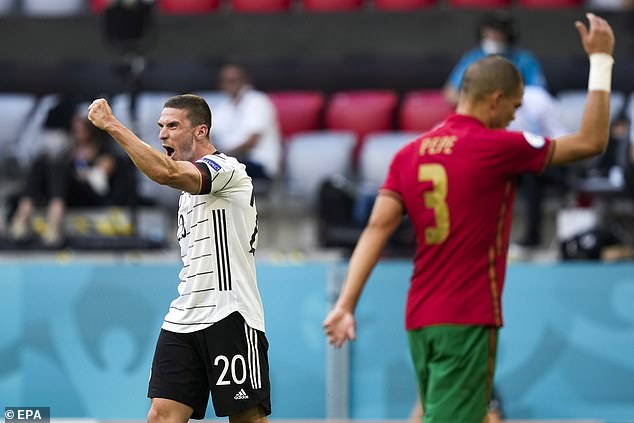 Robin Gosens has been Germany’s unexpected star at the Euros, shining in the group stages 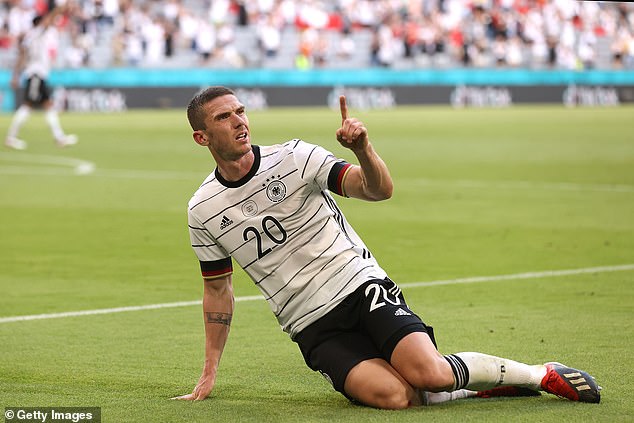 But he was not happy with the coverage, especially when his mother called to give him a ticking off.

‘The Gosens Gang? Hello? Were we jewel thieves or what?’

Two years on, and Gosens is Germany’s diamond in the rough. He now has 345,000 followers and continues to make headlines. Now it is for his raids down Germany’s left flank, rather than those on Hungarian signage.

But the story captures the unpretentious charm of this unconventional new national hero, who scored one and played his part in each of the others during last weekend’s 4-2 win over Portugal.

At 26, Gosens has already written his autobiography — Dreams Are Worthwhile — My Somewhat Different Path to Becoming a Professional Footballer. 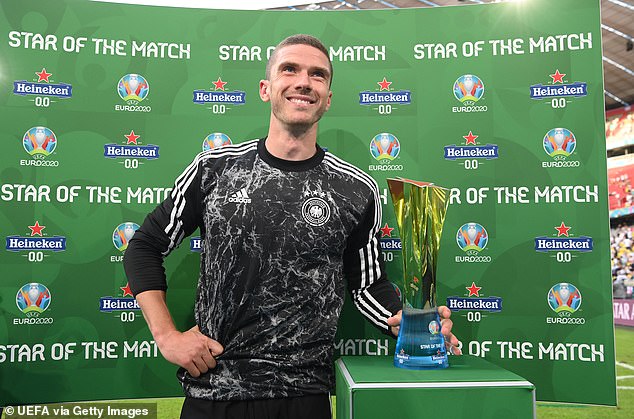 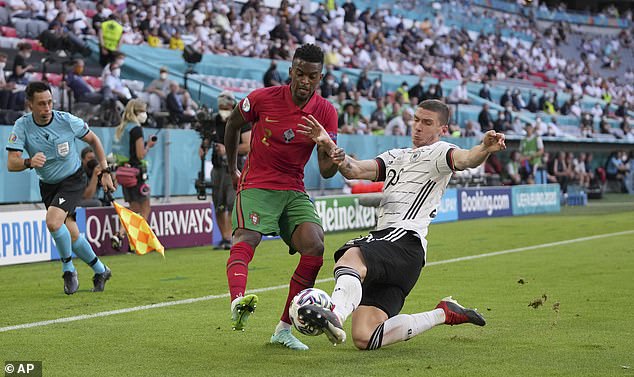 The wing-back is not a product of one of Germany’s famed talent factories and is the only member of the current squad never to play in the Bundesliga.

Aged 18 and studying for the equivalent of A-Levels, his main source of income was a job in a petrol station, where he earned £7 an hour. He would spend that cash at weekends in the discos of Emmerich am Rhein, his hometown just three miles from the Dutch border.

Gosens later tried to join the North Rhine-Westphalia police force but was rejected as he has one leg shorter than the other.

He was, at the time, playing sixth-tier football for VFL Rhede, where the average crowd does well to break three figures.

Gosens’ Dutch-born father, Holger, insisted he should not give up on his footballing dream, and he journeyed to Holland in search of his big break.

It was there that a scout from Vitesse Arnhem took a chance on the robust teenager with pace and power, if not yet panache.

There was a failed trial at Borussia Dortmund during this same period and even Vitesse released him before he could make his senior debut.

It was only after 60 appearances for mid-table Eredivisie outfit Heracles Almelo that, in 2017, he won a move to Serie A and Atalanta.

In his second season, he helped the Italian club qualify for the Champions League for the first time and celebrated with a break in Budapest. 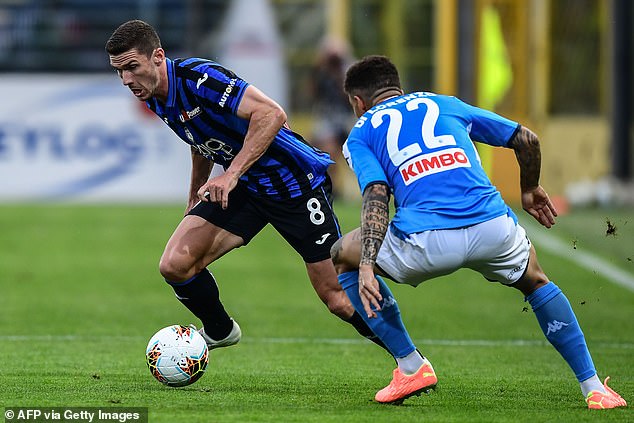 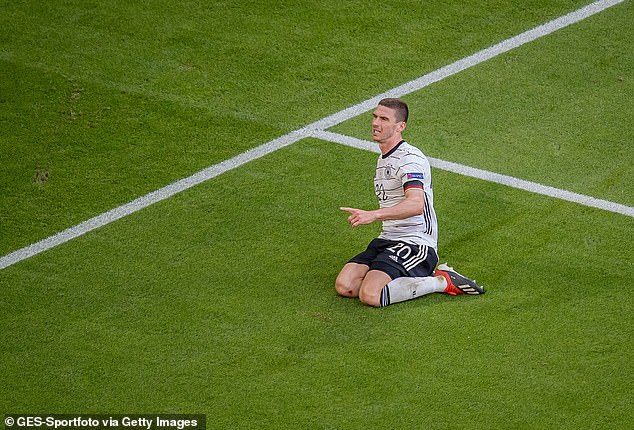 If folk in his homeland were not overly familiar with Gosens to that point, they soon were when he and his pals helped themselves to that street sign.

Not that the larceny did him any harm in Italy, where he has since appeared on the front cover of Vanity Fair.

That popularity has spread to Germany in the past fortnight, his countrymen having taken to their unpolished gem more than any other member of the Nationalmannschaft.

‘We are happy to have someone like that again,’ said former Germany midfielder Stefan Effenberg, a temperamental maverick in his playing days.

‘He brings dynamism and speed, is cheeky in front of the camera. Gosens is authentic and dares something, I like guys like that.’

‘Every team needs someone like Gosens,’ he said. ‘It’s good for you, he doesn’t always think about football.’

Gosens, who is studying psychology, once told Bild: ‘When the other players are staring at their iPads, I like to read a book.’ 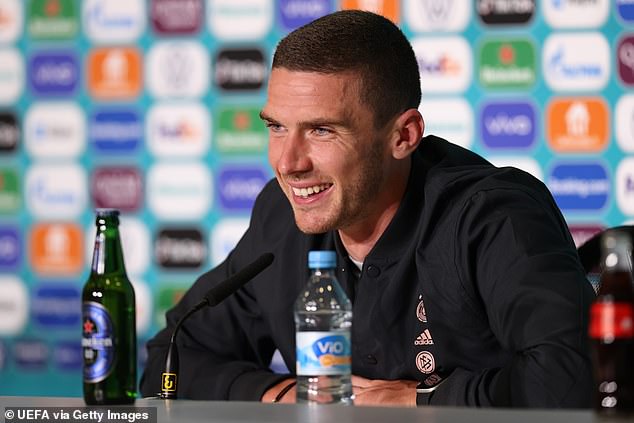 But there is also good humour. Gosens, shortly after heading home Germany’s fourth against Portugal, was substituted by Joachim Low.

‘No wonder he only ran for 60 minutes, he plays in Italy,’ said team-mate Thomas Muller afterwards. Gosens hit back: ‘Thomas told me that on the pitch. I told him 60 good minutes are better than 90 bad ones.’

But the man of the match let his feet do the talking for him when it came to settling a score with Portugal’s Cristiano Ronaldo, who once refused to swap shirts with him following a Serie A match against Juventus.

‘I was completely blushed and ashamed,’ Gosens wrote of that incident. ‘I went away and felt small. You know that moment when something embarrassing happens and you look around to see if anyone noticed it? That’s what I felt and tried to hide it.’

Gosens certainly has not hidden at this tournament, and the next stop on his odyssey is Wembley for Germany’s last 16 meeting with England.

We best nail down those London street signs.