By By Oliver Caffrey In Melbourne For Australian Associated Press

Australian rules football legend Ron Barassi has tested positive for COVID-19, ruling him out of taking part in Melbourne‘s long-awaited AFL premiership celebrations at the MCG.

The 85-year-old is understood to have contracted coronavirus at a 70th birthday party for former VFL player and media identity Peter ‘Crackers’ Keenan last month.

A spokesperson for Barassi told The Age he and his wife were both double vaccinated and they did not need to go to hospital. 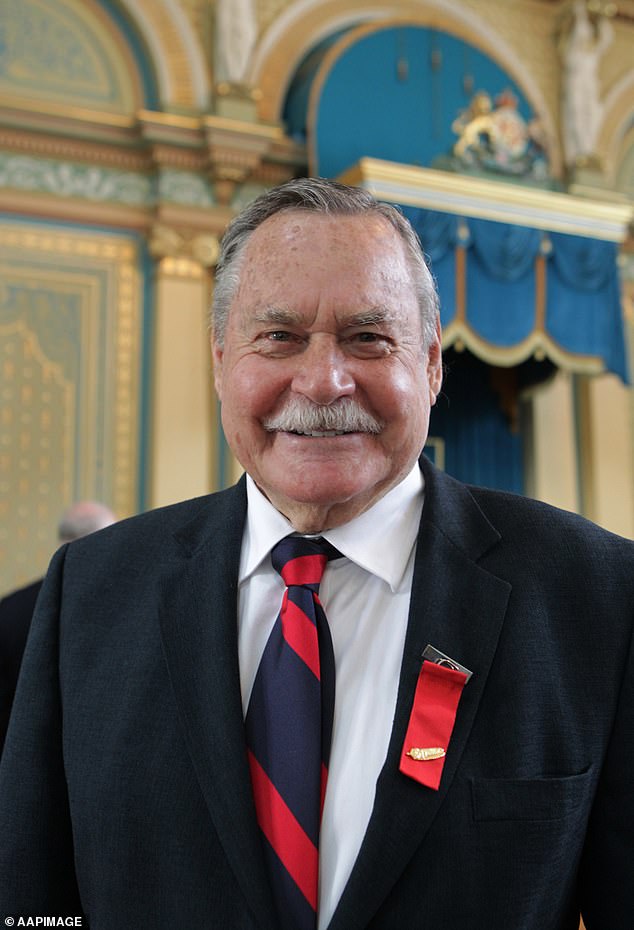 Barassi was set to hand over the premiership cup to Demons coach Simon Goodwin and captain Max Gawn in the club’s official Victorian celebrations on Sunday.

Instead, a ‘surprise member of the Melbourne alumni’ will have the honour after club great and media identity Garry Lyon did so after September’s grand final victory at Optus Stadium in Perth.

For 57 years, Barassi was Melbourne’s most-recent premiership captain, having led the Demons to the 1964 flag.

Such is Barassi’s stature in the sport, he was inducted as one of the first legends in the Australian Football Hall of Fame in 1996.

He played in six premierships during a golden era for the Demons between 1953 and 1964.

He also had coaching stints with the Demons and the Sydney Swans.

Melbourne’s official premiership party is set to be attended by about 40,000 fans – most of whom were stuck in Victoria’s lockdown and unable to the drought-breaking flag live at the venue.