Three weeks ago, Bevan Rodd was preparing to pack the car and drive 365 miles from Blackpool to Cornwall with his old school mates. The beers and the surfboards were ready to go but a surprise phone call from Eddie Jones meant the holiday plans had to be put on hold.

Rodd diverted to Twickenham where, after a crash course introduction, he found himself starting for England against Australia.

‘It all happened so quickly,’ says Rodd. ‘I called up my mates to tell them I couldn’t go to Cornwall and their immediate response was, “Classic!”. Then I explained why and they were a bit more understanding! Luckily we had a refundable booking. 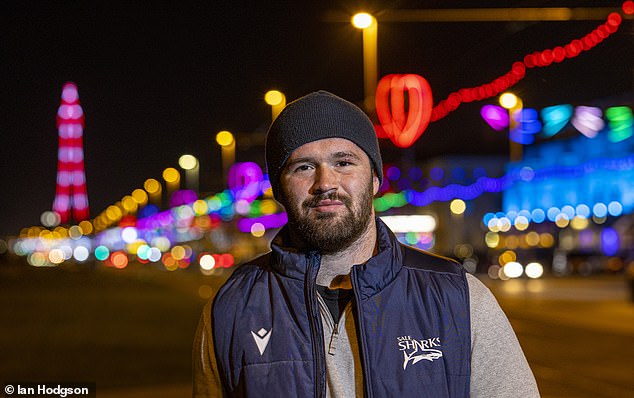 ‘I made my way down to England camp on Wednesday night and was straight into training on Thursday. At breakfast on Friday, Eddie Jones came up to me and said, “Hey Roddy… [Ellis] Genge has got Corona so you’re starting, mate. Just do what you do for Sale” and then walked off.

‘I was there thinking, “Woah”. In a way, I was quite happy with the way it happened. If I’d found out on the Monday I would have run through the game in my head about 40 times.

‘It all happened so quickly that I didn’t really have time to process it. I was next to Tom Curry in the team run and he asked how I was doing. I said, “This is a bit weird, isn’t it? I was sat on the sofa a couple of days ago and here I am”. He just said, “Grow up and get on with it!” The wise words of Tom Curry!’ 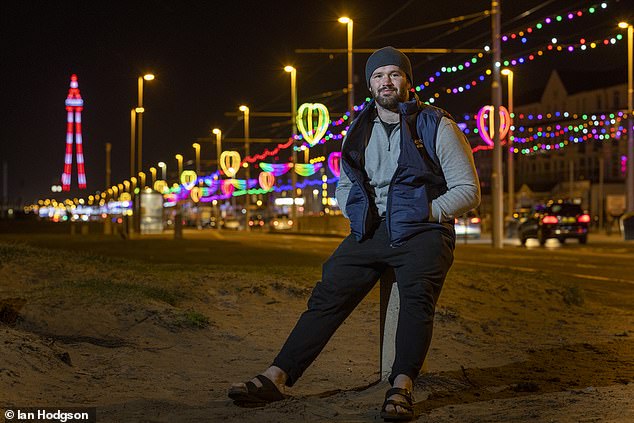 The 21-year-old, here pictured in Blackpool, has lit up Sale and England this season

This capped a remarkable rise for the 21-year-old loosehead, who started in the victories over Australia and South Africa. Rodd was born in Scotland but grew up in Dubai and the Isle of Man, before eventually settling down in the North West.

He cut his teeth playing schoolboy rugby at Sedbergh and, as recently as 2019, he was still playing for Fylde RFC in National League 2 North. ‘I joined the Sale academy in 2016, while I was still at school, and they sent us out on loan. I was playing down at Fylde, getting filled in at the scrum every week by these massive men. I loved it.

‘You quickly work out what men’s rugby is all about. These guys all had normal jobs and they know if you’re from a professional club, so they’d want to dish you up and prove a point. Back then, playing for England this soon had never really crossed my mind. Everyone needs a bit of luck. 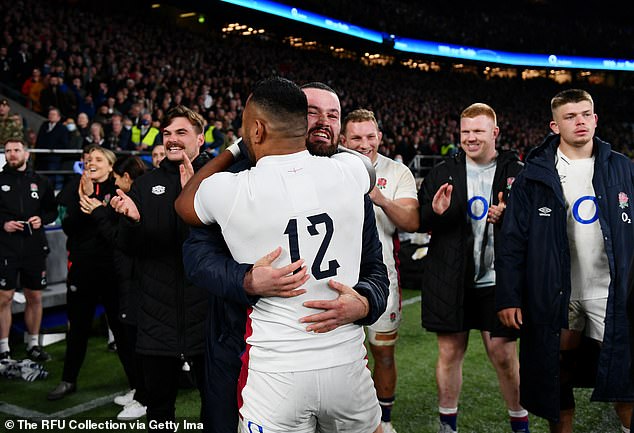 Rodd has had to learn on the job. With Sale in the Premiership, he impressed with his ball skills in the loose, having grown up as a schoolboy No10 who idolised All Black winger Joe Rokocoko. Starting against South Africa’s ‘Bomb Squad’ provided the ultimate test of his scrummaging credentials.

‘It was challenging. They’re heavy, they’re powerful, they’re explosive. There’s a bit of psychology around it because you know you’re up against the best so I didn’t really big it up in my head. If I wasn’t at my best I could’ve got destroyed. I just thought about my technique. You’re just thinking about your bind, your leg movement, your hit, your squeeze. Holding on if you’re under pressure, or pushing them back as far as you can if you’ve won the hit.

‘The lads who played against South Africa before spoke about their trends but we were mainly focused on ourselves. It’s all about taking the fight to them. They’re all big blokes but our pack has some very big individuals too. I thought our scrum was good in the first half. In the second half it didn’t quite go to plan but we muscled through it. It’s pretty mad now I think about it.’ 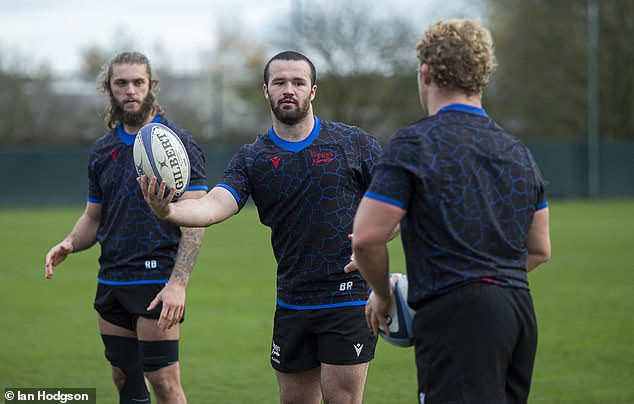 Today, Rodd is back to the club beat, as Sale take on Saracens. He will come up against England outcast Mako Vunipola, whose Test jersey he has taken over, and will be looking to pick up where he left off.

‘Coming back to the club, Matt Proudfoot has given me a few things to go away and work on. I’ll be trying to get back into the England squad for the Six Nations and I want to get to 50 Sale caps by the end of the year. Sale. The club’s a very exciting place to be at the moment with news like George Ford signing up, even though I’ll be sad to see AJ MacGinty leaving. Hopefully we can get a good run going and start moving up the table.’

And after that, Sale have the week off, meaning Rodd can reschedule his trip to Cornwall, where he will have a good reason to celebrate.