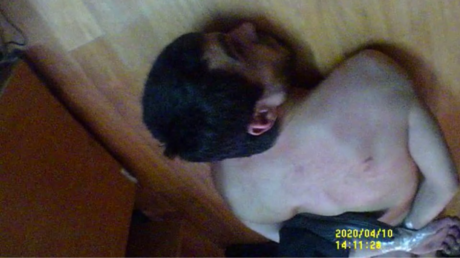 Russian President Vladimir Putin has fired the head of the country’s Federal Penitentiary Service after two scandal-filled months, with accusations of inmate torture and shocking leaked videos from CCTV cameras.

Alexander Kalashnikov was removed after two years in the position. Before 2019, Kalashnikov was a senior official in the Federal Security Service (FSB) and served as chief of the body’s directorate in Krasnoyarsk Region. Earlier this year, Kalashnikov was sanctioned by the EU, US, and Canada for his role in the imprisonment of opposition figure Alexey Navalny.

Over a month later, 18 workers at the prison were fired, and the Investigative Committee opened multiple criminal cases in connection to the reports of physical and sexual abuse.

Speaking to RT in October, Gulagu.net founder Vladimir Osechkin revealed that many more videos would be released showing abuse in prisons throughout the country. A month later, Osechkin was added to the wanted list by Russian authorities over what he claims are politically motivated reasons. It is unknown why he has been deemed as wanted. He currently lives in Biarritz, France.

Following Kalashnikov’s firing, Osechkin wrote on Facebook that it was due to the group’s “independent investigation” and “painful work” exposing the “secret inhuman methods” of the authorities.

No official reason for Kalashnikov’s sacking has been given.