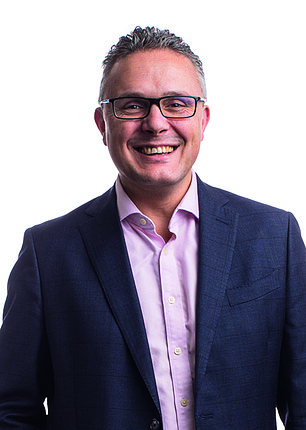 Santander, the UK’s fifth largest bank, is preparing to name the head of Yorkshire Building Society as its new boss.

Mike Regnier will replace Nathan Bostock as chief executive, the Mail on Sunday can reveal.

Regnier joined Yorkshire, the UK’s third largest building society, in 2014 and has held its top post for five years. He was previously a senior banker at Lloyds, overseeing personal current accounts and credit cards, and was also a product director at TSB.

The eagerly watched appointment comes after heir-apparent Tony Prestedge left the bank suddenly in July under mysterious circumstances – having joined as deputy chief executive in September 2020 when Baroness Shriti Vadera was chair. He had previously held the same role at Nationwide.

It was widely expected that Prestedge would replace Bostock, 61, who has held the top post since 2014.

Prestedge’s shock exit dealt a blow to the search process, led by William Vereker – a former business envoy of ex-Prime Minister Theresa May – who took over as Santander chairman in November 2020.

Santander said in April that Bostock would ‘step down as CEO towards the end of the year and start his new role when a successor has been appointed’. The bank lost another candidate when Susan Allen quit earlier this year to join Barclays.

Allen, who was head of the retail and business bank, was seen as a leading internal replacement option. Regnier will join just as the UK bank has undergone a restructure to operate more closely with its European business and its Spanish parent, led by group executive chair Ana Botin.

Last month, the bank reported a 381 per cent jump in pre-tax profit to £1.4billion for the first nine months of the year after huge demand for mortgages.

Bain Capital: Our deal is the only way to save LV #englishheadline #Bain #Capital #deal #save