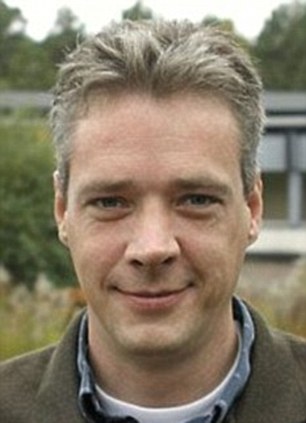 Suspension: Ron Fouchier is among a team of scientists who have ceased their controversial avian flu studies

Researchers studying a potentially more lethal, airborne version of bird flu have suspended their studies because of concerns the mutant virus they have created could be used as a devastating form of bioterrorism or accidentally escape the lab.

In a letter published in the journals Nature and Science on Friday, 39 scientists defended the research as crucial to public health efforts.

But they are bowing to fear that has become widespread since media reports discussed the studies, and their possible fallout, in December.

Fears were raised that the engineered viruses may escape from the laboratories – not unlike the frightful scenario in the 1971 science fiction movie The Andromeda Strain – or possibly be used to create a bioterror weapon.

Among the scientists who signed the letter were leaders of the two teams that have spearheaded the research, at Erasmus Medical College in the Netherlands and the University of Wisconsin, Madison, as well as influenza experts at institutions ranging from the US Centers for Disease Control and Prevention to the University of Hong Kong.

For the full letter, see below or click HERE. 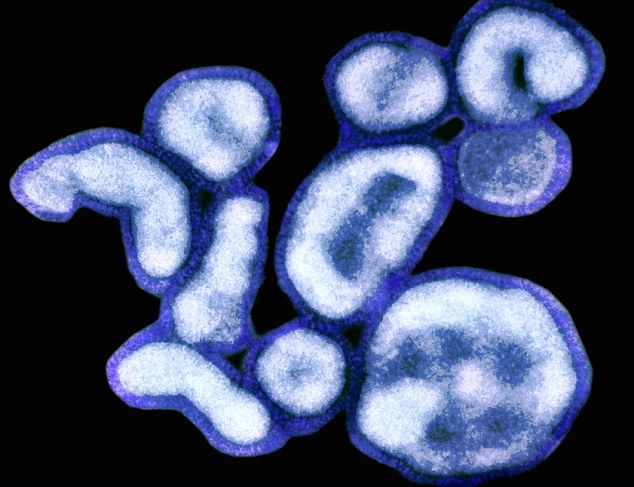 Fears: Worries that the avian flu could escape from laboratories and cause a pandemic or be used in bio-terrorism have led to the halt in research

The decision to suspend the research for 60 days “was totally voluntarily,” virologist Ron Fouchier of Erasmus told Reuters.

The pause in their is meant to allow global health agencies and governments to weigh up the benefits of the research and agree on ways to minimize its risk.

‘It is the right thing to do, given the controversies in the US,’ Fouchier said. 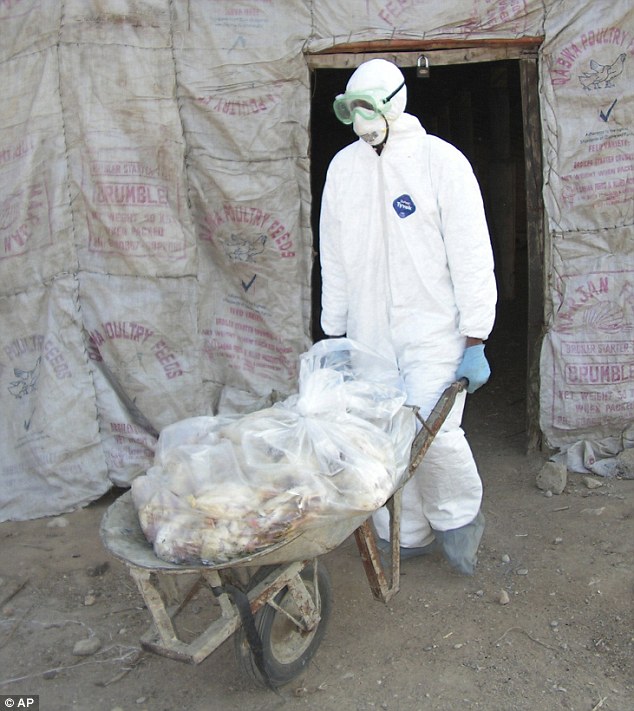 Terror: If it did escape, the mutant virus created by scientists could cause disaster on a global scale

The US National Science Advisory Board for Biosecurity in December had asked Science and Nature to censor details of the research from the Erasmus and Wisconsin teams that was submitted for publication.

Biosecurity experts fear that a form of the virus that is transmissible through airborne droplets – which the Erasmus and Wisconsin teams independently created – could spark a pandemic worse than the 1918-19 outbreak of Spanish flu that killed up to 40 million people.

‘There is obviously a controversy here over the right balance between risk and benefit,’ said virologist Daniel Perez of the University of Maryland, who signed the letter supporting the moratorium.

‘I strongly believe that this research needs to continue, but that doesn’t mean you can’t call a time out.’

Below is the full open letter from Ron A. M. Fouchier, Adolfo García-Sastre, Yoshihiro Kawaoka and 36 co-authors published in the journals Nature and Science on Friday.

‘The continuous threat of an influenza pandemic represents one of the biggest challenges in public health. Influenza pandemics are known to be caused by viruses that evolve from animal reservoirs, such as birds and pigs, and can acquire genetic changes that increase their ability to transmit in humans. Pandemic preparedness plans have been implemented worldwide to mitigate the impact of influenza pandemics.

A major obstacle in preventing influenza pandemics is that little is known regarding what makes an influenza virus transmissible in humans. As a consequence, the potential pandemic risk associated with the many different influenza viruses of animals cannot be assessed with any certainty.

Recent research breakthroughs identified specific determinants of transmission of H5N1 influenza viruses in ferrets. Responsible research on influenza virus transmission using different animal models is conducted by multiple laboratories in the world using the highest international standards of biosafety and biosecurity practices that effectively prevent the release of transmissible viruses from the laboratory. These standards are regulated and monitored closely by the relevant authorities. This statement is being made by the principal investigators of these laboratories.

In two independent studies conducted in two leading influenza laboratories at the University of Wisconsin–Madison and Erasmus MC in Rotterdam, the Netherlands, investigators have proved that viruses possessing a haemagglutinin (HA) protein from highly pathogenic avian H5N1 influenza viruses can become transmissible in ferrets.

This is critical information that advances our understanding of influenza transmission. However, more research is needed to determine how influenza viruses in nature become human pandemic threats, so that they can be contained before they acquire the ability to transmit from human to human, or so that appropriate countermeasures can be deployed if adaptation to humans occurs.

Despite the positive public-health benefits these studies sought to provide, a perceived fear that the ferret-transmissible H5 HA viruses may escape from the laboratories has generated intense public debate in the media on the benefits and potential harm of this type of research. We would like to assure the public that these experiments have been conducted with appropriate regulatory oversight in secure containment facilities by highly trained and responsible personnel to minimize any risk of accidental release. Whether the ferret-adapted influenza viruses have the ability to transmit from human to human cannot be tested.

We recognize that we and the rest of the scientific community need to clearly explain the benefits of this important research and the measures taken to minimize its possible risks. We propose to do so in an international forum in which the scientific community comes together to discuss and debate these issues. We realize that organizations and governments around the world need time to find the best solutions for opportunities and challenges that stem from the work.

To provide time for these discussions, we have agreed on a voluntary pause of 60 days on any research involving highly pathogenic avian influenza H5N1 viruses leading to the generation of viruses that are more transmissible in mammals. In addition, no experiments with live H5N1 or H5 HA reassortant viruses already shown to be transmissible in ferrets will be conducted during this time. We will continue to assess the transmissibility of H5N1 influenza viruses that emerge in nature and pose a continuing threat to human health.’

Princess Charlene of Monaco speaks about health crisis for FIRST time and admits she...

China conducted military exercise near Taiwan as a ‘solemn warning’ over its ‘collusion’ with...

George Floyd two years on: some accountability but killings go on #Breakingnews

‘Heartbroken’ Pope condemns arms trade and will pray for the victims of Texas school...