Sergio Ramos made his long-awaited debut for Paris Saint-Germain away to Saint-Etienne in Ligue 1 today.

The experienced centre-back joined PSG on a free transfer in July after leaving Real Madrid but has been sidelined with a calf problem.

After being an unused substitute against Manchester City in the Champions League in midweek, Ramos was thrown into action against Saint-Etienne. 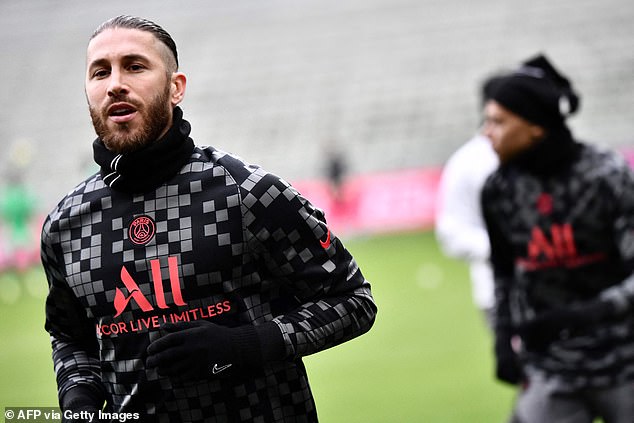