N-ice stick! Shandy the collie steals snow shovel from his owner as he tries to clear a pavement in Leeds

This is the hilarious moment that a border collie won a tug-of-war with his owner over a snow shovel – before strutting away with the tool.

Leo Creighton was clearing the pavement outside his regular pub, The Chemic Tavern in Headingley, Leeds, being watched on by his 7-year-old dog Shandy on November 29.

Shandy then began to bite the snow shovel’s shaft – attempting to wrestle it away from Leo as he struggles to keep his footing at the same time. 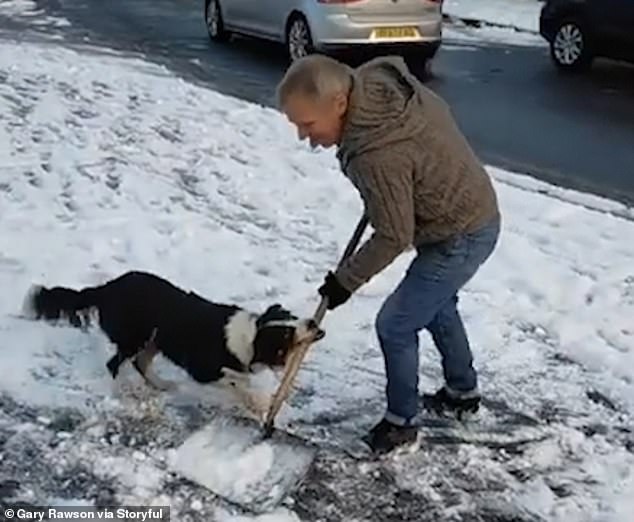 Leo Creighton, in his 50s, was clearing the snow outside The Chemic Tavern pub in the Headingley area of Leeds, North Yorkshire 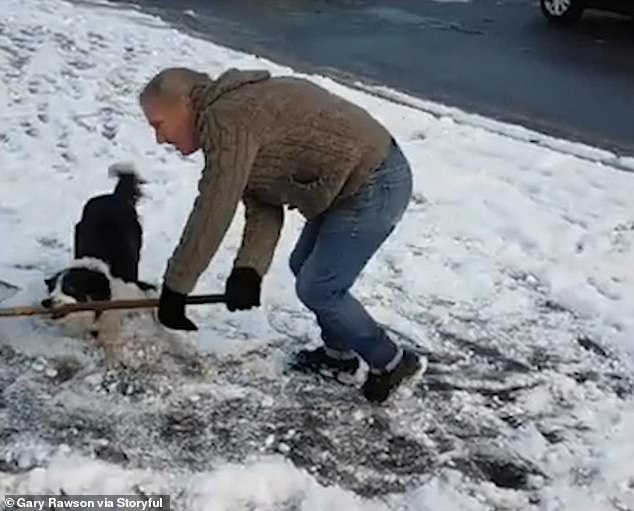 Slipping on the ice caused by Storm Arwen, Mr Creighton then let go of the shovel so he could break his fall.

Shandy then strutted away into the tavern’s front garden to keep his owner from getting the shovel back.

The video was filmed by Gary Rawson, a friend of the pair and another Chemic Tavern regular.

Mr Rawson said: ‘Leo and Shandy are local celebrities, and you can guarantee a warm hello and a wagging tail whenever you see them out and about’. 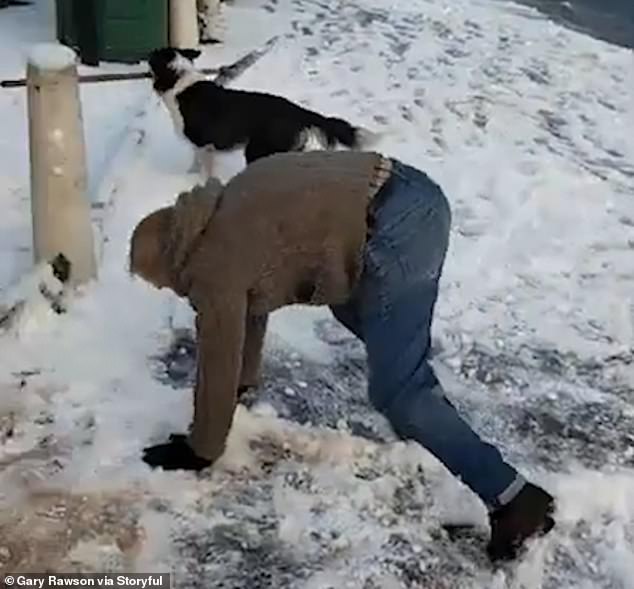 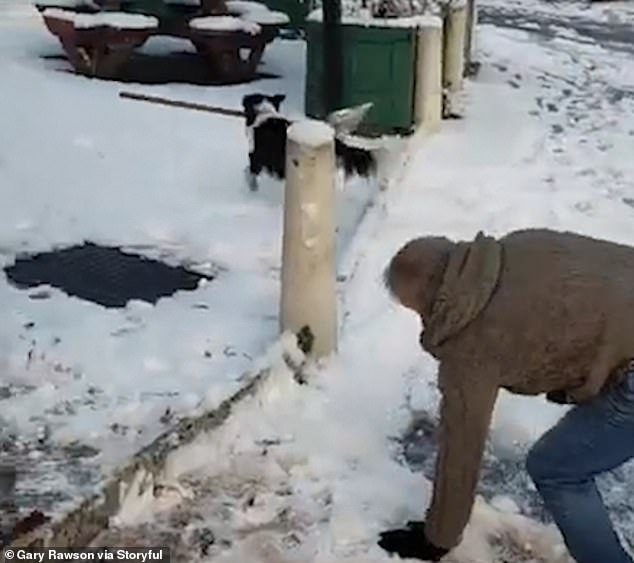 Shandy, who Leo adopted when his previous owner died three years ago, then strutted away from his owner with the snow shovel in his mouth 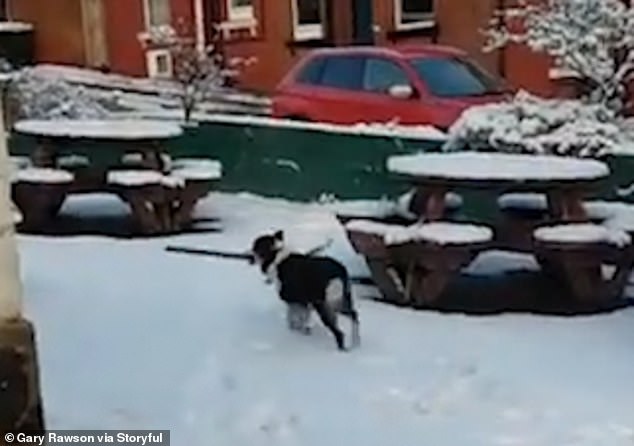 Leo and Shandy have been together for three years after Shandy’s previous owner died.

Leo, who is in his 50s, was well-acquainted with the border collie after walking the dog for years while Shandy’s previous owner suffered with a bad back.

The snow in Leeds came during the cold snap large parts of the north of the UK are experiencing after Storm Arwen last week.

Winds in the north of the UK reached almost 100mph and temperatures reached -6C as snow and rain bore down on parts of Scotland, the north of England, Wales and Northern Ireland.

Up to 21,000 homes in Britain are still without electricity after a million homes had their power cut after Arwen brought down power lines.