By Alyssa Guzman For Dailymail.Com and Ap

Skeletal remains found in Colorado’s Rocky Mountain National Park are believed to be those of a 27-year-old man from West Germany who disappeared during a multi-day mountaineering trip nearly 40 years ago, park officials said.

Rudi Moder, an experienced winter mountaineer who was living in Fort Collins, Colorado, started his excursion over Thunder Pass and into the park February 13, 1983.

His roommate reported him overdue February 19, 1983.

Searchers started looking for Moder the following day, but more than a foot of fresh snow prevented them from immediately finding tracks or other clues. 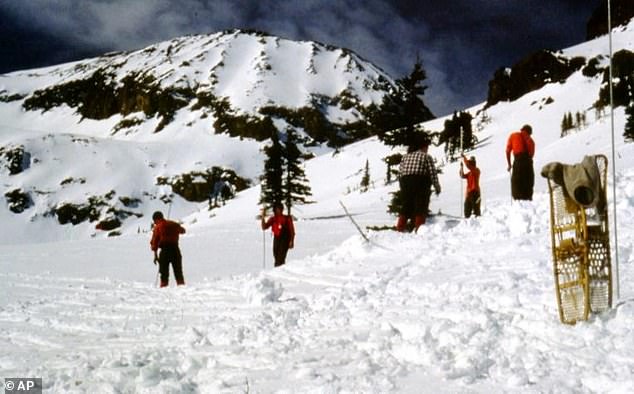 Rudi Moder’s skeletal remains were found after 38 years. The search for Moder began on February 20, 1983, but had to be called off due over a foot of snow (pictured: the search team in 1983) 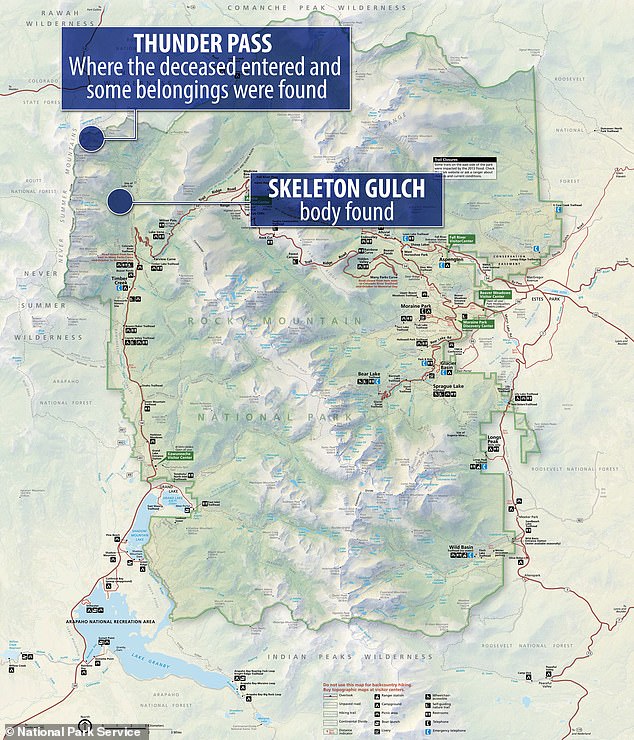 His body was found near Skelton Gulch in the Rocky Mountain National Park. Rangers found some of his belonging near Thunder Pass, where he entered the park in 1983

The only major clues found during the four-day search were a food cache belonging to Moder that was discovered at the mouth of a canyon in the northwest corner of the park and a nearby snow cave with Moder’s sleeping bag and other gear and items inside.

The search included teams on skis and snowshoes, a dog trained to find people in avalanche debris and a helicopter. Additional searches were conducted that spring and into the summer.

In August 2020, a hiker found human remains near avalanche debris in the Skeleton Gulch area. 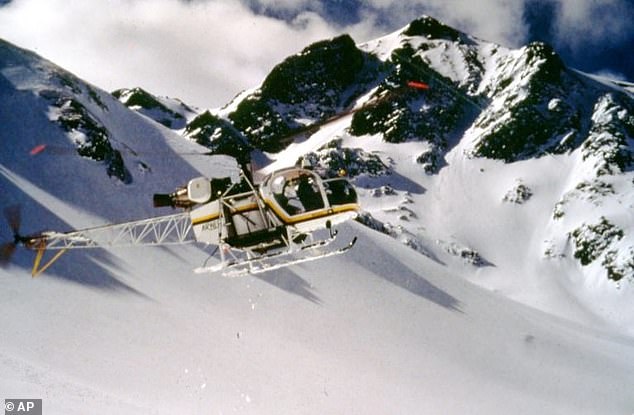 His body was found in the Colorado Rocky Mountain National Park in 2020, but search teams could not investigate due to ongoing wildfires

Park officials say a thorough investigation could not be completed at the time because they had to shift priorities to fighting two massive wildfires. Snow then blanketed the area above 11,000 feet.

This summer, park rangers returned to the area and found skis, poles, boots and other personal items believed to have belonged to Moder. The FBI Evidence Response Team assisted park rangers with remains they recovered.

The Grand County Coroner’s Office tried to confirm the identity of the remains through dental records, but the results were inconclusive. 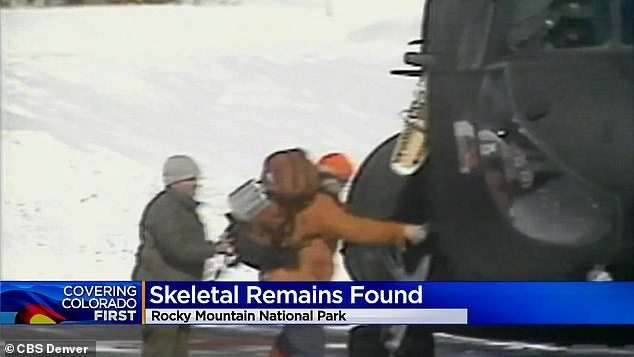 Search teams braved the weather in 1983 (pictured). They found his food cache and sleeping bag near the entrance of the park 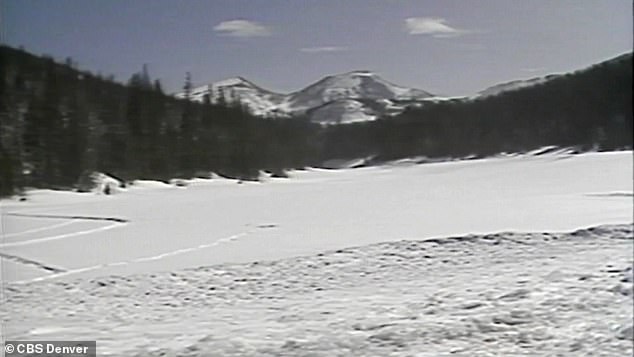 They found his remains near avalanche debris on Thursday after almost four decades of looking for him (pictured: the mountains in 1983)

Still, park officials say they consider the case closed and are working with the German government to repatriate the remains.

‘Officials have worked extensively with the German government for repatriation, family notification and dental record analysis,’ the park’s statement said.

His immediate family is reported in Western Germany.

East Germany and West Germany were reunited as of October 3, 1990.