Melburnians endured their coldest four-day stretch in 167 years of records with temperatures stubbornly remaining below 15.5C from Friday to Monday.

Tasmanians similarly shivered through their coldest November morning in 68 years on Monday as temperatures dropped to just 2.9 degrees.

Weatherzone meteorologist Joel Pippard said it had ‘certainly been quite a cold one’. 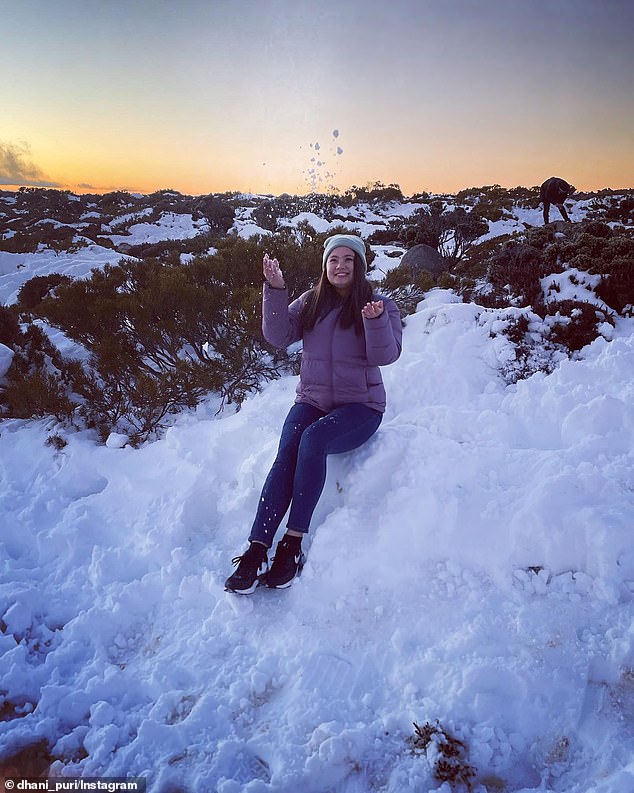 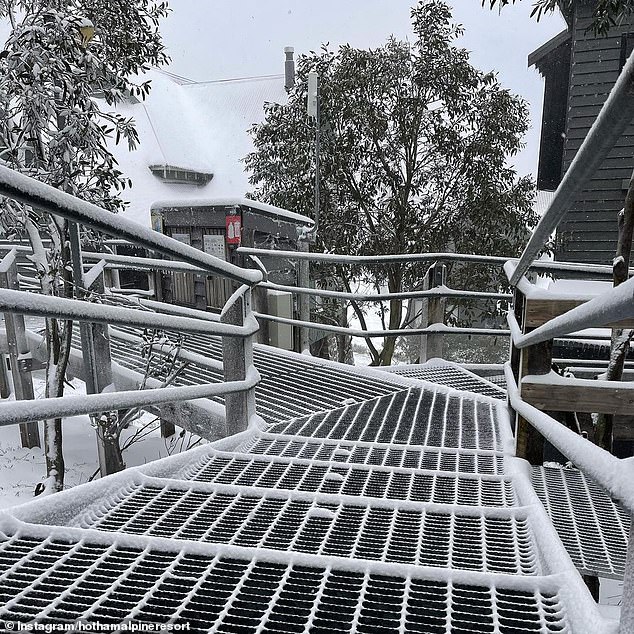 The weatherman said it was uncommon to see a cold front with this kind of strength in late spring and compared the temperatures to those usually seen in winter.

‘This has been brought on by a substantial cold front that met up with low pressure troughs and systems that were over Central Australia at the time,’ he explained.

The meteorologist said cold air pushed from Antarctica to the southeast of Australia could be blamed for the unusually icy temperatures.

In Tasmania, bewildered residents rushed to capture the flurries of snow seen falling across Hobart, Mount Wellington and Cygnet.

One man uploaded footage from his balcony of snow covering southern Tasmania with the caption: ‘Snowing in Cygnet. Far out.’

Mr Pippard said snow had been recorded down to elevations of 350 metres with anything above that receiving hail or showers.

He said Mount Wellington had its coldest November morning in 58 years on Monday, as the Antarctic blast saw temperatures fall to -5.8C.

One video of the snow captured an adorable wombat plowing through the late spring snow on a roadside in Hobart.

On top of the record-breaking string of frosty days in Victoria, the cold snap also saw snow fall across Mount Hotham. 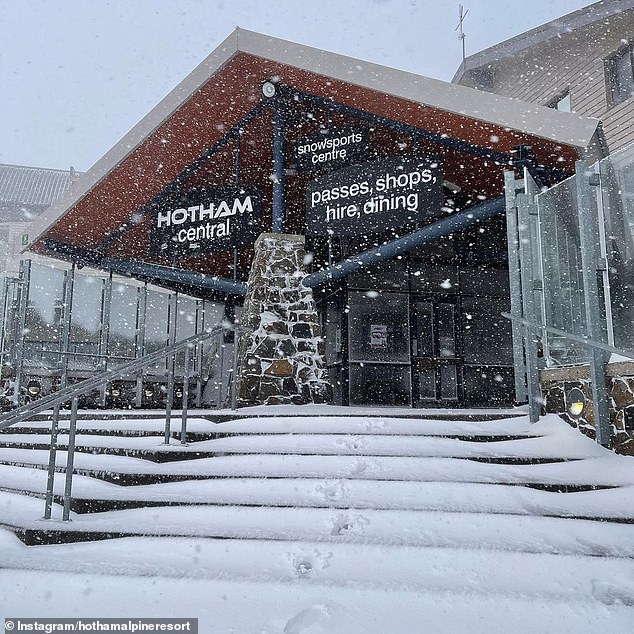 On top of the record-breaking string of frosty days in Victoria, the cold snap also saw snow fall across Mount Hotham (pictured, snow at the Hotham Alpine Resort) 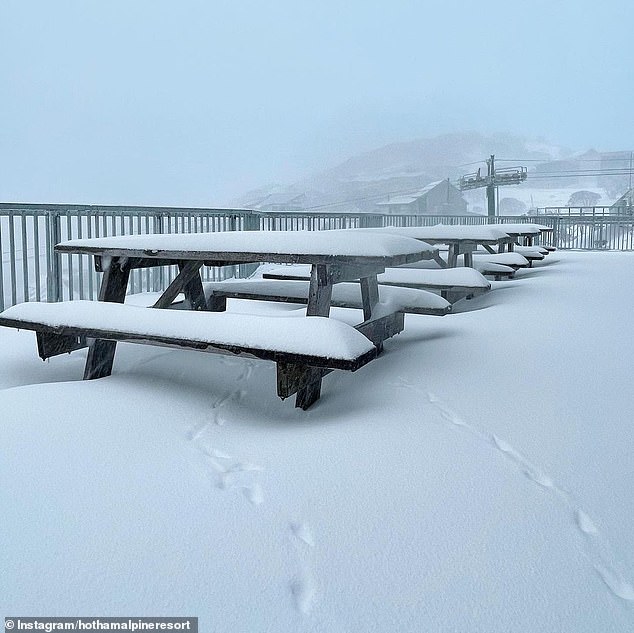 The Hotham Alpine Resort, nestled in the Victorian Alps, uploaded extraordinary footage of the thick snow blanketing the mountains.

’10cm and counting! Is it mid-November or mid-winter? It’s set to keep snowing all night!,’ the resort captioned a Facebook post on Sunday.

A layer of 20cm of snow covered the ski village during the storm leaving long icicles hanging off the rafters of buildings.

Similar scenes were seen at the Thredbo Ski Resort in the NSW Snowy Mountains, with locals reporting 20cm of snow up high and 10cm in lower elevations. 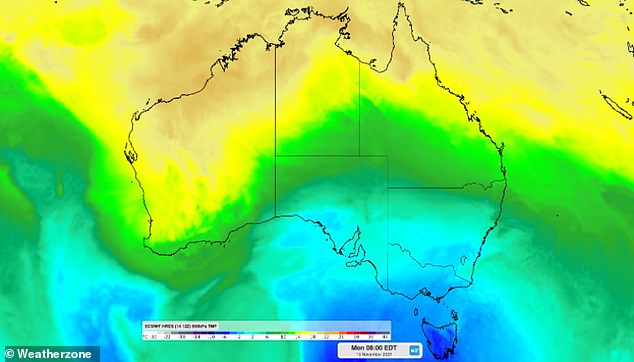 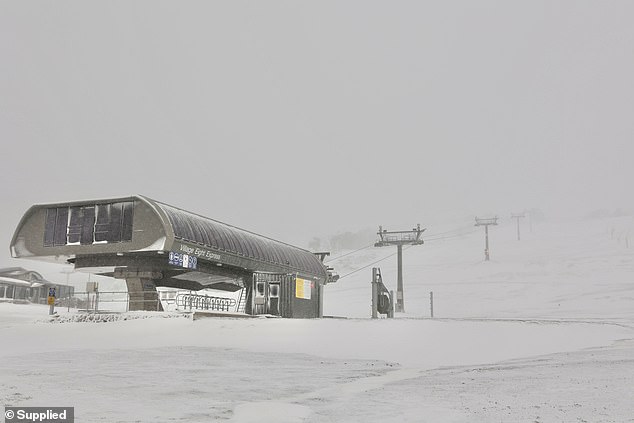 In Perisher, near the NSW town of Jindabyne in the state’s southwest, 30cm of fresh snow was reported during a storm on Monday (pictured, Perisher Ski Resort covered in snow) 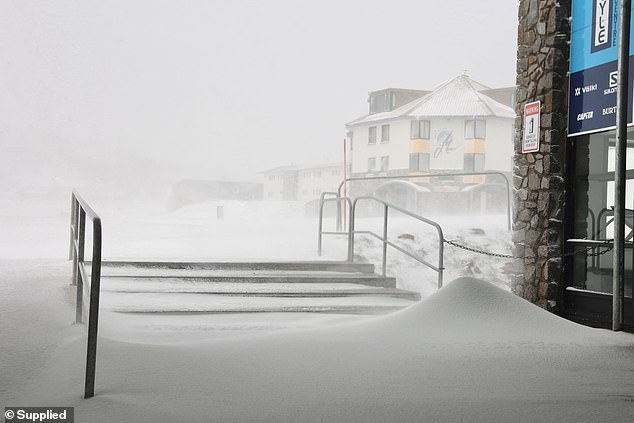 Weatherzone recorded temperatures in Perisher Valley of -2C with winds of 80km/h and an apparent temperature of -13C (pictured, Perisher Ski Resort during a snow storm)

In Perisher, near the NSW town of Jindabyne in the state’s southwest, 30cm of fresh snow was reported during a storm on Monday.

Weatherzone recorded temperatures in Perisher Valley of -2C with winds of 80km/h and an apparent temperature of -13C.

BOM meteorologist Sarah Scully told Daily Mail Australia it was unusual to get snow to such low levels but it ‘definitely wasn’t unheard of’.

Ms Scully said as the country transitioned from winter to summer there was big differences in temperature in the inland areas and the south of Australia.

‘We’re expecting it to gradually warm from Wednesday to Thursday as northwesterly winds push across southern Australia,’ she said.

Canberra has also been lashed with seasonly low temperatures and has recorded its coldest spell in 99 years of records.

The capital city recorded temperatures no warmer than 14C for the last three days. 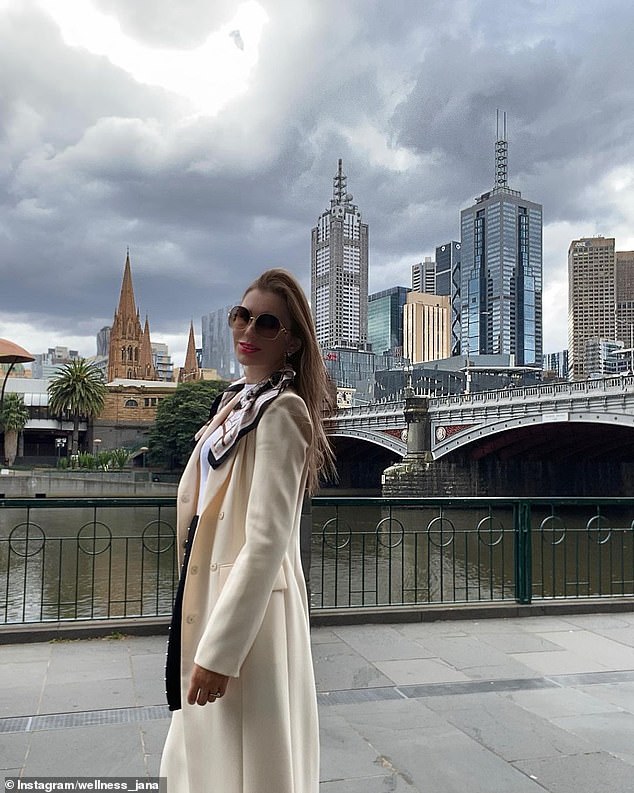 Melburnians endured their coldest four-day stretch in 167 years of records with temperatures stubbornly remaining below 15.5C from Friday to Monday (pictured, a woman in Melbourne) 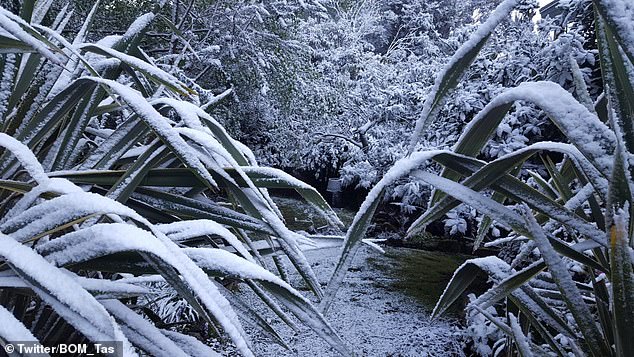 In Tasmania, bewildered residents rushed to capture the flurries of snow seen falling across Hobart (pictured), Mount Wellington and Cygnet

Those in Brisbane have been basking in the spring sunshine with a 30C start to the week due to dip to 26C on Wednesday and Thursday.

Sydneysiders have remained relatively unaffected by the cold snap with the state recording a 23C day on Monday and Friday due to reach a balmy 28C.

In southern NSW, snow has fallen as low as 800 metres with a major flood warning issued for the Lachlan River at Forbes, CottonsWeir and Jemalong.

The Bureau of Meteorology reported the water levels peaked on Monday evening at at a level higher than those recorded during the floods in 2016.

Thousands of residents in the state’s central west are waiting anxiously for news to retreat as experts predict major flood levels will peak on Wednesday.

The SES has issued an evacuation order for residents in low-lying areas of Forbes, urging homeowners to leave the area by 9:30pm on Tuesday night.

Mr Pippard said Tuesday was forecast to be the final day of the unusual cold snap with ‘warming happening’ during the second half of the week. 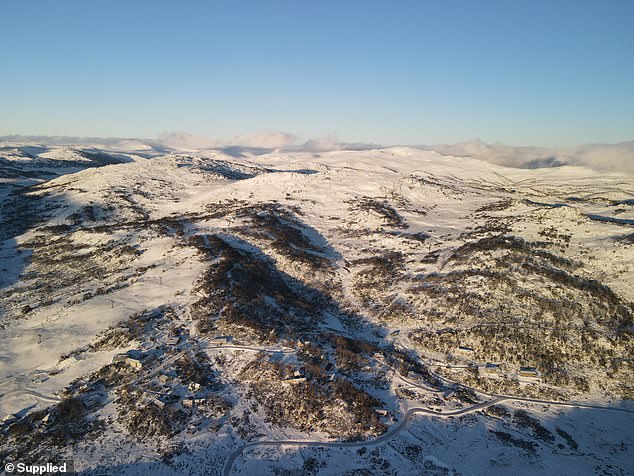 In Perisher, located in the Kosciuszko National Park in NSW, woke on Tuesday morning to spectacular blues skies as the weather starts to warm in the second half of the week

The meteorologist said there was still a lot of warmth in Western Australia which would soon be carried to the southeast this month or early December.

He said current predictions tipped summer temperatures to be slightly below average in NSW but above average in Adelaide, Victoria and Hobart and coastal Queensland.

Mr Pippard said these predictions would translate to a couple of consecutive days of temperatures in the high 20’s and early 30’s.

A high pressure system hovering over the Tasman Sea combined with northerly winds in that area is due to drag warmth from Central Australia to the east.

The strong winds that have lashed Tasmania, Victoria and southern NSW are  forecast to ease from Monday with the southeast to remain cool and mainly dry.

FIVE-DAY FORECAST IN YOUR CITY