By Camilla Canocchi for Thisismoney.co.uk

Sofa and flooring retailer ScS has seen a slowdown in ‘big ticket’ sales in recent weeks as shoppers are put off by longer delivery times due to the supply chain crisis.

The Sunderland-based company, which has 100 stores around the country, said shoppers were also reining in spending on big items like sofas because they had started buying Christmas presents early.

Looking ahead at the key festive season, ScS said it was continuing to work closely with its existing suppliers and found new ones in the UK so that it can deliver furniture faster. 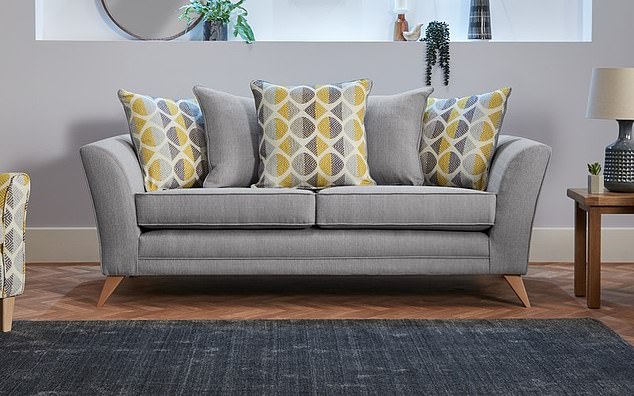 Like-for-like sales in the 16 weeks ending on 20 November were 10.6 per cent lower than the same period a year ago, when the company saw an ‘unprecedented period of pent-up demand’ as stores reopened.

‘The Group had a strong start to the year, resulting in two year like-for-like order intake growth for the first nine weeks,’ it said.

‘However, over the last seven weeks, the Group has seen a reduction in store footfall and conversion with consumers spending less on big ticket discretionary purchases.

‘This appears to be driven by a change in behaviour with consumers shopping earlier for Christmas when compared with previous years.

‘The extended product lead times currently being experienced across the furniture and wider retail industry are also having an impact on current purchasing trends.’

However, overall over the 16 weeks, sales are still around 0.9 per cent ahead of two years ago, before pandemic struck.

‘We believe our continued focus on a promotional, value-led proposition will remain attractive to our target market and the Board looks forward to the future with continued confidence,’ the company said.

ScS shares tumbled 9.5 per cent to 225.25p, with much of the fall probably just down to the big sell-off across markets.