Sofia Richie showed off her toned physique in a low-cut black tank top and matching leggings on a hike with her beau Elliot Grainge in Beverly Hills.

As the 23-year-old model worked up a sweat with the music executive, 27, who she’s been dating January, she kept her blonde tresses pulled back into a ponytail under a black Porsche branded cap.

She completed her sporty ensemble with a grey sports bra, a pair of green and white striped socks, light grey sneakers and a delicate silver necklace. 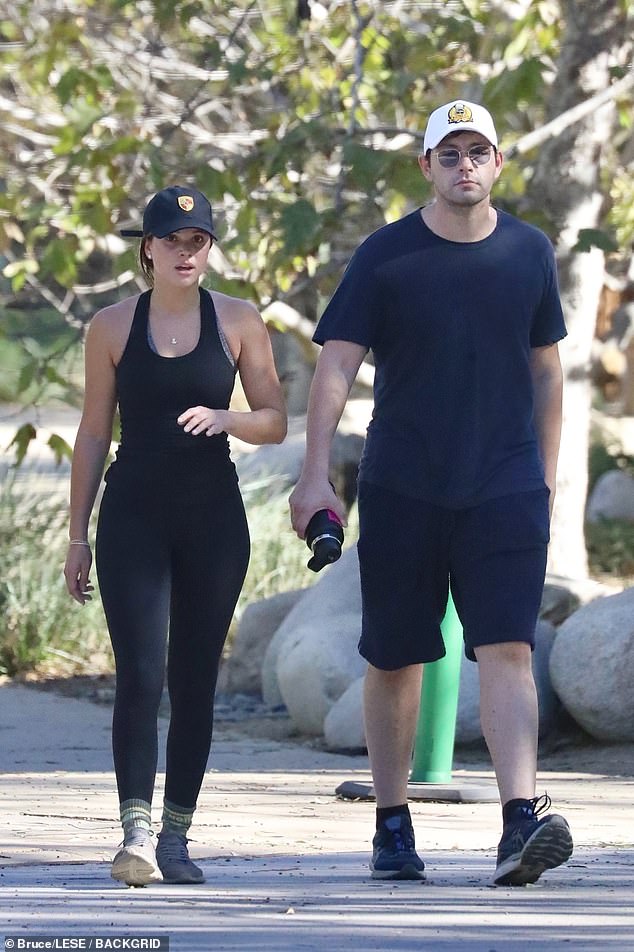 Staying active: Sofia Richie showed off her toned physique in a low-cut black tank top on a hike with her beau Elliot Grainge in Beverly Hills

The daughter of legendary singer Lionel Richie radiated natural beauty as she went makeup-free to soak up the fresh air just days after Thanksgiving.

Her man wore a black t-shirt, matching shorts and a white baseball cap.

Grainge came prepared with a reusable water bottle to keep hydrated on the sunny afternoon. 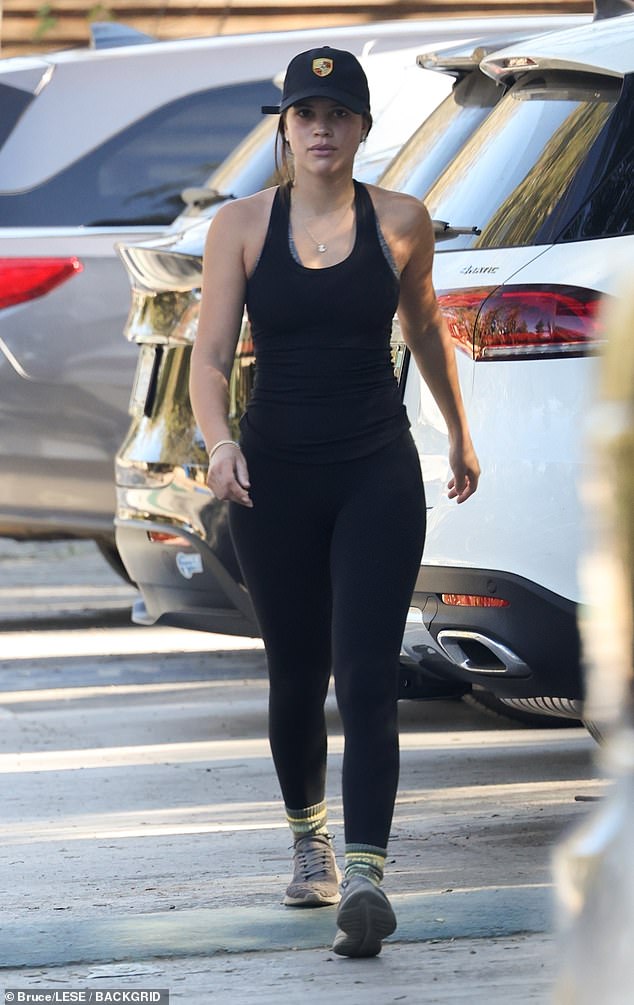 Hiking date: As the 23-year-old model worked up a sweat with the music executive, 27, who she’s been dating since January, she rocked a Porsche baseball cap 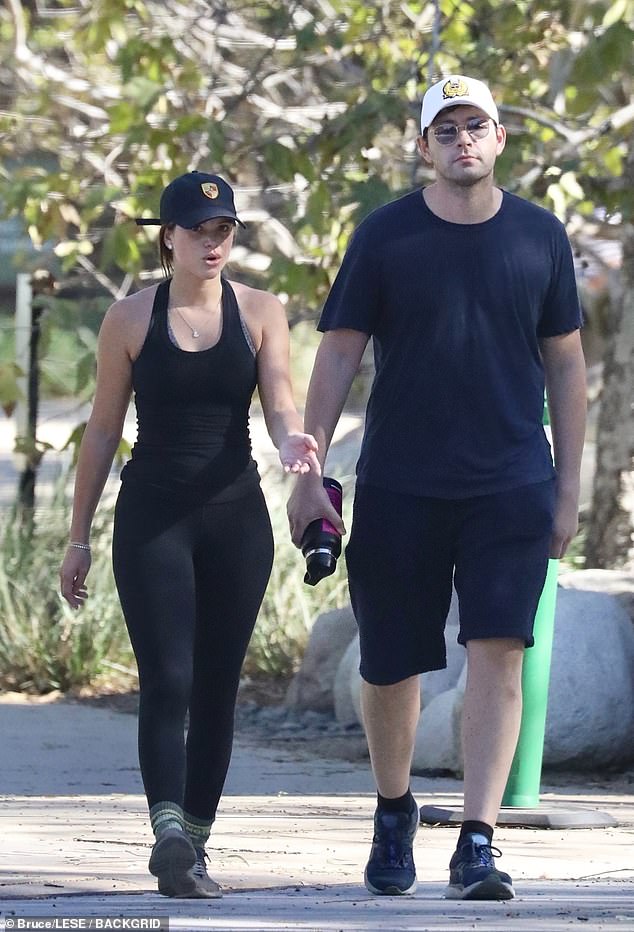 Cool girl: She completed her sporty ensemble with a grey sports bra, a pair of green and white striped socks, light grey sneakers and a delicate silver necklace

Earlier this month, she posted a heartfelt birthday tribute to her other half with a sweet photo of them sharing a passionate kiss.

‘You are everything to me. I love you, happy birthday babe ❤️‍,’ Sofia captioned the shot.

Prior to becoming involved with her current partner, the runway regular was romantically linked to Scott Disick. 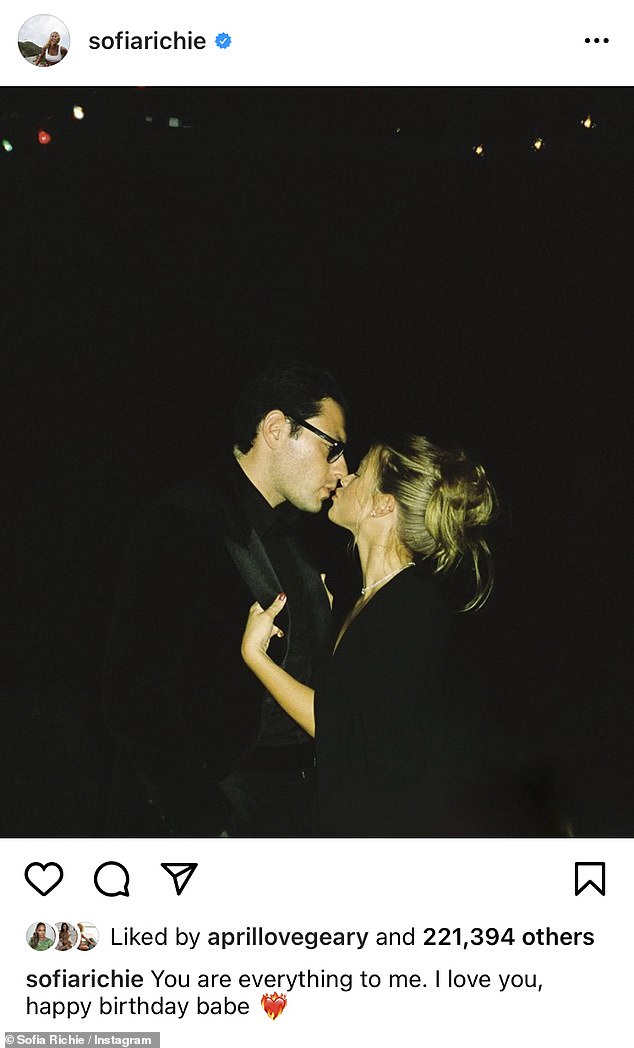 Going strong: Earlier this month, she posted a heartfelt birthday tribute to her other half with a sweet photo of them sharing a passionate kiss 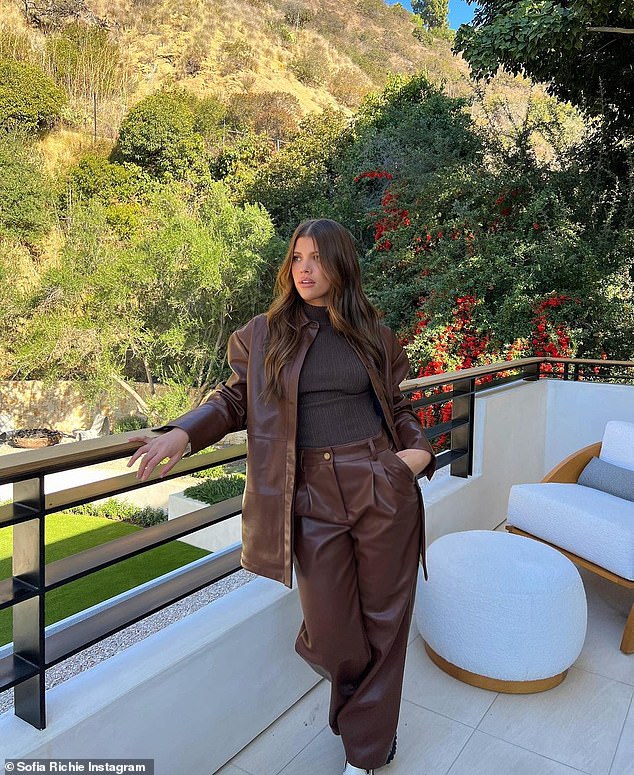 Ringing in the holidays: Earlier this week, the model posted a photo in her backyard with the caption ‘thankful’

The influencer and her former boyfriend, 38, were initially spotted spending time together on a yacht in the south of France during his 34th birthday weekend in 2017.

It was later confirmed that the two were officially dating that September, and the couple went Instagram official that same month.

The pair remained together for nearly a year before they separated for the first time in June of 2018 after Disick was reportedly unfaithful to his girlfriend at a party.

However, they quickly reconciled, and Richie went on to become more familiar with her boyfriend’s children, much to the concern of his former partner, Kourtney Kardashian. 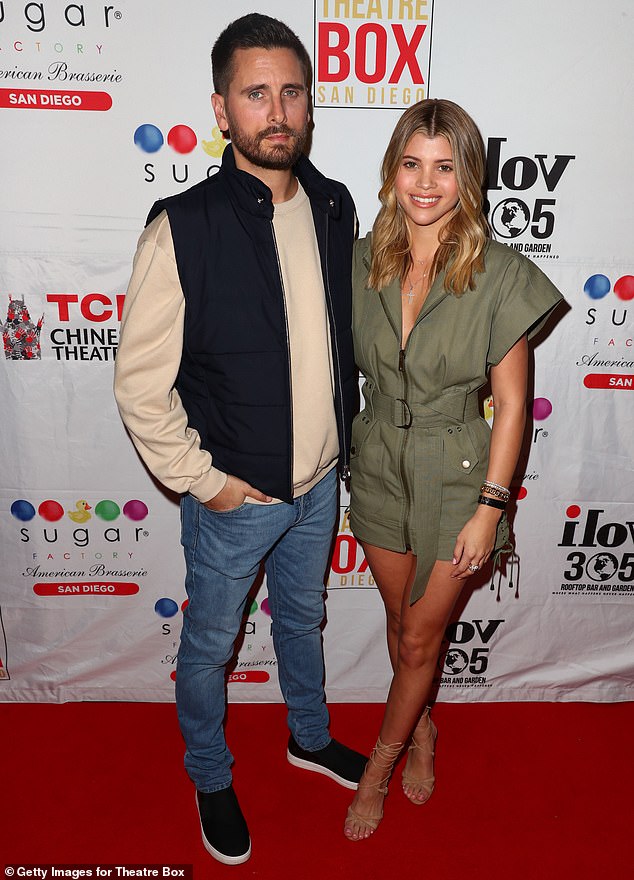 Former couple: Richie was previously in a high-profile relationship with Scott Disick, to whom she was first linked in 2017; they are seen in 2019

The couple remained together for an extended period of time before they separated for a second time in May of 2020, and although they attempted to salvage their romance over the next few months, they went their separate ways that August.

Following her split from Disick, the model began seeing Grainge, and an insider previously spoke to Us Weekly and noted that the two had been acquaintances before beginning their relationship.

‘They started out as friends before they became a couple, and are now getting serious,’ they said.

The source went on to express that Richie and her current boyfriend had established a strong personal connection after spending an extended amount of time with each other.

‘Their relationship took off and they have been getting closer and closer and spend practically every day together,’ they said. 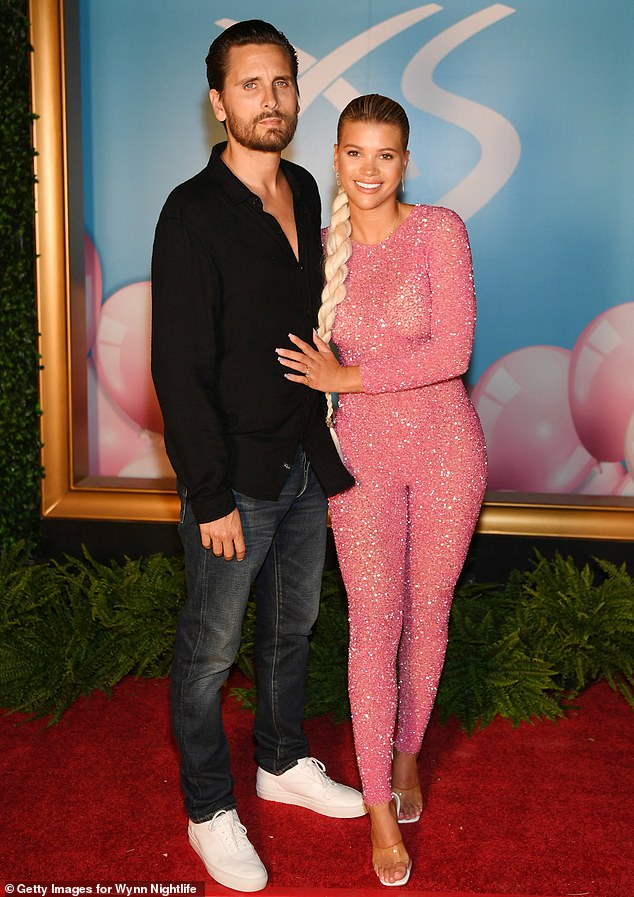 Going their separate ways: Richie and Disick separated several times over the length of their relationship, and they split up for good last August; they are pictured in 2019

Although the model’s loved ones were previously wary of Disick, the insider expressed that they were very supportive of her relationship with Grainge.

They remarked that Richie’s boyfriend was ‘super sweet and a really cool guy — her friends and family approve!’

The source concluded by expressing that Richie was attracted to her current boyfriend partially as a result of his reluctance to become a celebrity.

‘She loves that he’s low-key and isn’t someone who craves the spotlight. They like to be homebodies but also enjoy going out together,’ they said.