Finally on Centre Court and finally into the fourth round of a Slam. Cameron Norrie hasn’t torn up any of the larger trees at these Championships, but he is breaking new ground and winning a few useful admirers.

Never before in 18 previous Slams had he ventured beyond three matches, but in assuming vanguard responsibilities for British tennis the ninth seed is getting good value out of a gentle draw and some exciting possibilities.

He has earned those favourable circumstances after a few notable first-week stinkers elsewhere, but it is one thing to have kind fortune and quite another to use it. To see him pull apart Steve Johnson on the grandest stage of these grounds was to see the 26-year-old relishing such an opportunity. 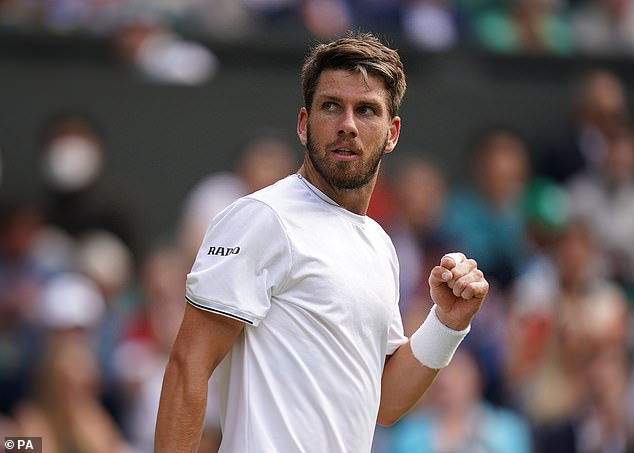 The question from here is how well he can grasp those that remain, because they are considerable. It isn’t lost on Norrie that he has got this far without facing a fellow seed – albeit with the struggles of a five-setter in the second round – and moving onwards his opponent for the last 16 is the world No 32 Tommy Paul. Get through that and the highest he can face before the semi-finals would be the 23rd seed Frances Tiafoe.

Norrie isn’t the sort for rash proclamations of intent, and indeed that has never been his way during the 18 months of his steep climb from 74th in the world to 12th. But for all his modesty, the rest of us can recognise there are some roads that are treacherous and others that look inviting.

If his game of substance over style is up to it, he could really enjoy this drive, especially as the latest evidence suggests he responds well to a crowd with home interests. It had been perceived as something of a snub that Britain’s first top-10 seed for five years had been stationed on No 2 Court and Court One in the first two rounds, but he came to life amid strong support on his belated move to Centre. 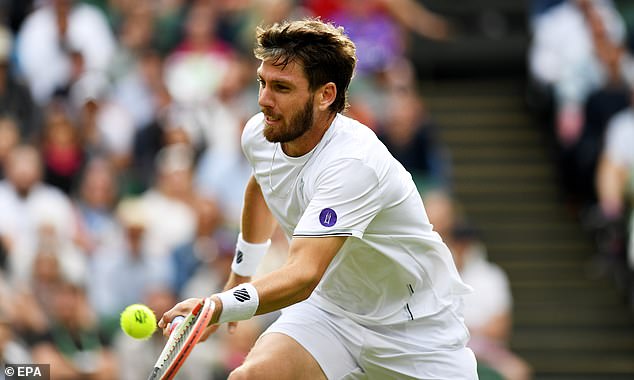 ‘It is my first time in the second week of a Slam, I couldn’t be more happy,’ he said. ‘Being the British No 1, playing on Centre Court, being in the spotlight and playing to that level that I did was a lot of fun. I embraced it.

‘It is nice to make the second week. I think I was a little bit more fortunate – getting my ranking up, getting better seedings and therefore getting a better draw. But for me, there’s no easy guys out there.

‘Tommy (Paul) won really comfortably today. I think grass is probably his best surface maybe from recent form. He seems really locked in, and he really likes the grass so it will be tough.’

Within all this, Norrie, who was born in South Africa and raised by British parents in New Zealand, remains something of an enigma. Try to pick out the strengths of his weaponry and you will struggle to point to any one stroke – his biggest serve against Johnson was barely 122mph, his looping forehand was responsible for most of his modest haul of 24 winners, and he possesses a quirky, flat backhand only his mother could love. 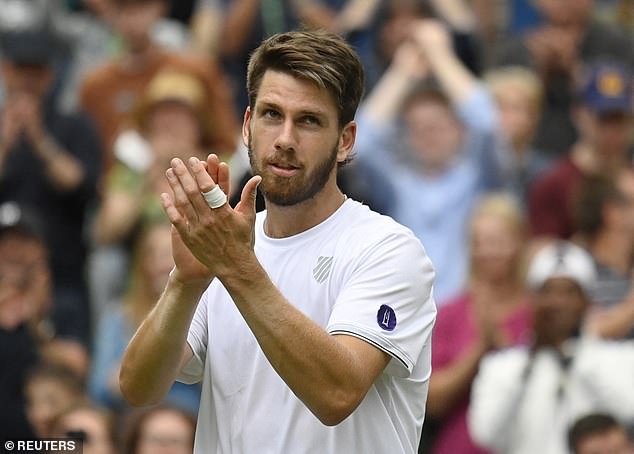 He neither does anything terribly spectacular and he certainly does nothing that is spectacularly terrible. It would be overly simplistic to say he gets it back until the other guy cannot, but he is more about craft and positioning and attrition than a thrower of haymakers.

Of course, you have to assume there is a natural ceiling to how far those traits can carry you, especially with some guy called Novak Djokovic in his half, but it has already been good enough for four Tour titles – two this year – and against Johnson, a 32-year-old ranked 93 in the world, it was more than sufficient.

As with so many matches lately in this famous arena, Norrie walked on to a court surrounded predominantly by empty seats. Possibly it told of indifference to an emerging force of British sport, but more likely it played to the general trend of folk preferring another glass on a sunny day.

With Norrie, it is rare that what you miss in such moments will be explosive. In a low-grade opening set, the closest Norrie came to any bother was slipping to 0-30 on his serve at 4-4, whereas opportunities were plenty when he had ball in hand. 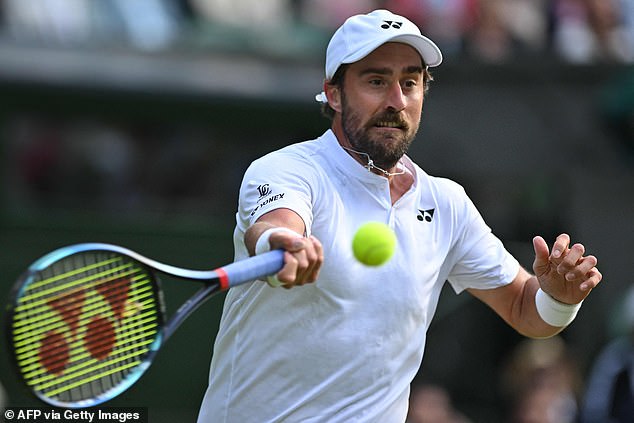 In each of the fourth, sixth and 10th games he worked his way to 15-40 on the American’s serve, before finally getting one to count at set point when he chased down a drop shot and steered a backhand up the line for 6-4.

By then the crowd had filled in and they were getting ever more enthused by their man in the second set, in which Norrie faced sporadic moments of jeopardy – Johnson held break points in the first game and also at 3-1 down – during what was numerically a 6-1 rout.

Through the third set, he faced no opposition worth describing. He broke three times and was briefly interrupted as he prepared to serve on match point by a declaration of love from the crowd. With that in his sails, he served it out. We wait to see where and how it all ends. 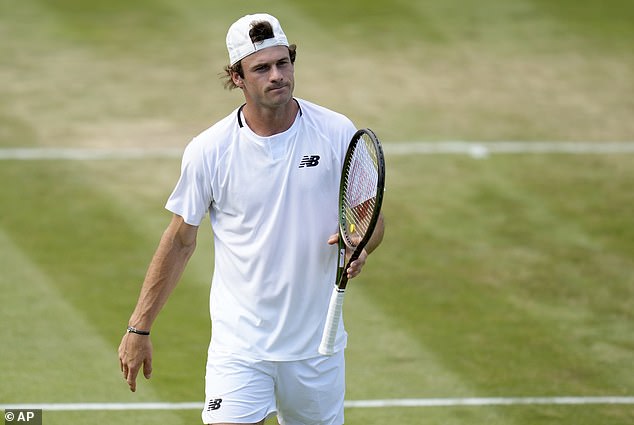 Norrie has now set up a fourth round encounter with another American, Tommy Paul (above)