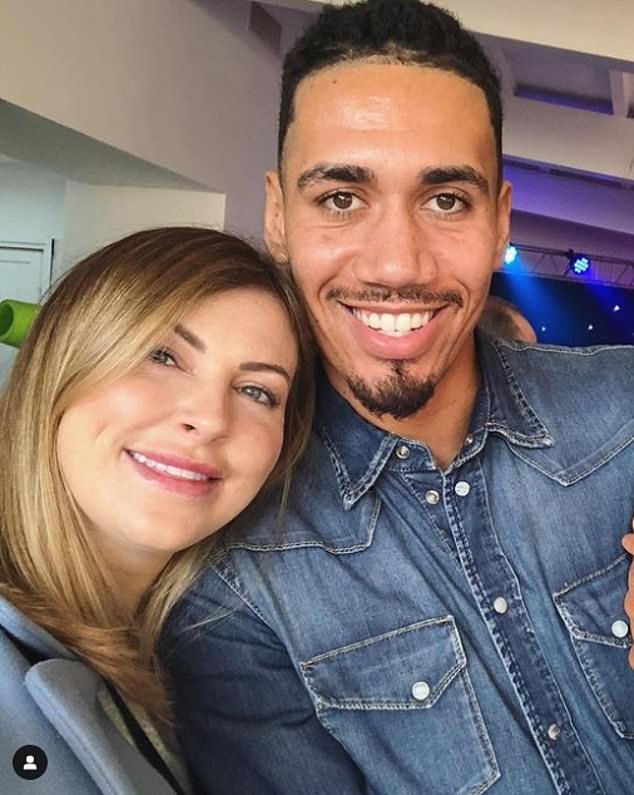 England defender Chris Smalling has reportedly now finally reached an agreement with his club Roma to receive his coronavirus vaccinations, in order to comply with new Italian rules and be able to continue playing football.

The former Manchester United man, 32, had been subjected to intense social media speculation over whether he could be the unvaccinated player that coach Jose Mourinho is trying to convince to have his Covid jabs in order to save his career at the club.

His wife, Sam, has shared multiple messages on social media expressing her doubts about Covid vaccination and the draconian new Covid legislation in Italy.

According to Italian paper La Repubblica and FootballItalia, via Sky Sports, Smalling was just one of around only 10 players in Serie A not to have had a first jab, though he has now agreed to complete his doses.

Vaccination has been made compulsory for anyone wanting to play outdoor team sports in Italy, as part of the urgent changes to their coronavirus restrictions. A ‘Green Pass’ will be needed for footballers to keep taking to the field from January 10.

Smalling was put in a position where he needed to either change his mind or face being excluded from action. The centre back is a regular under Mourinho.

Recently, the club were hit by three new positive Covid cases – but have not released the identities of the individuals for privacy reasons.

Roma and former England defender Chris Smalling (right) has finally agreed to take the Covid jab; his wife, Sam (left), has openly shared a number of controversial opinions on vaccines 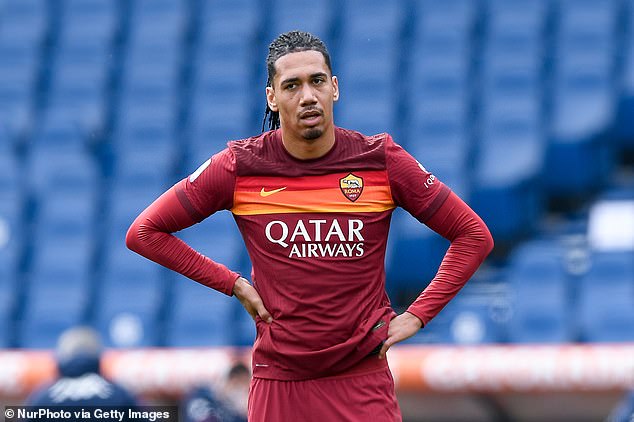 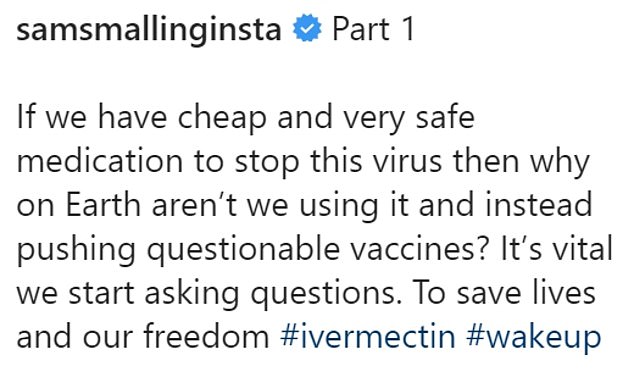 The sharp rise in positive test results around the world, which has been fuelled by the ultra-transmissible Omicron variant, has piled the pressure on footballers to get jabbed. In Italy, the ‘Green Pass’ has been brought in to make this a requirement.

The document is given out 15 days after a person has been vaccinated for the first time. It is also currently required to enter swimming pools, festivals, religious buildings, hotels and public transport.

According to newspaper Il Messaggero, boss Mourinho and general manager Tiago Pinto have been working to persuade the unnamed non-vaccinated player, who is said to be ‘fundamental’ to his team, to get inoculated.

The player was said to be weighing up whether to get the jab, now in the knowledge that they will not be able to play in Italy if they don’t.

With the situation remaining uncertain, supporters of Roma set about trying to discover the identity of the refusenik. 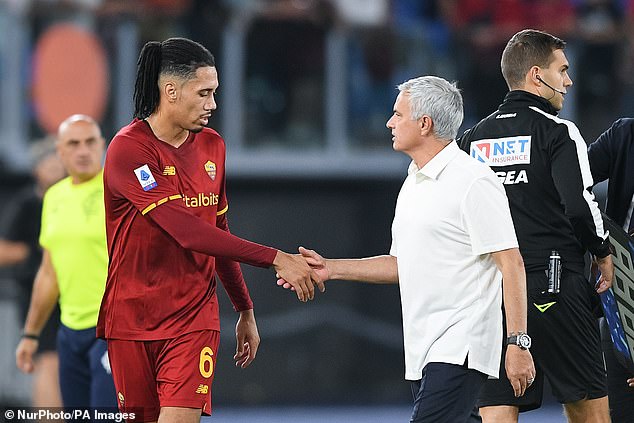 La Repubblica, via Roma News, have highlighted the torrent of comments inviting Smalling and his wife to get vaccinated. Both of them have also been insulted.

Glamour model Sam, 36, has openly shared her views on vaccinations, having posted videos of well-known jab sceptics on her Instagram page. Indeed, a post with audio from Dr Peter McCullough explains the damage allegedly caused by the vaccines.

A second post is a clip taken from an interview with Dr Robert Malone, a physician who has made several controversial remarks about Covid. The video has been labelled as ‘partly false’ by Instagram, who used independent fact-checkers.

She appears to advocate for freedom of choice, in an apparent swipe at the mandatory vaccinations required to travel in Italy and partake in many activities.

But while his partner has made her opinions abundantly clear, there is no suggestion that Smalling is the unnamed unvaccinated player at Roma. 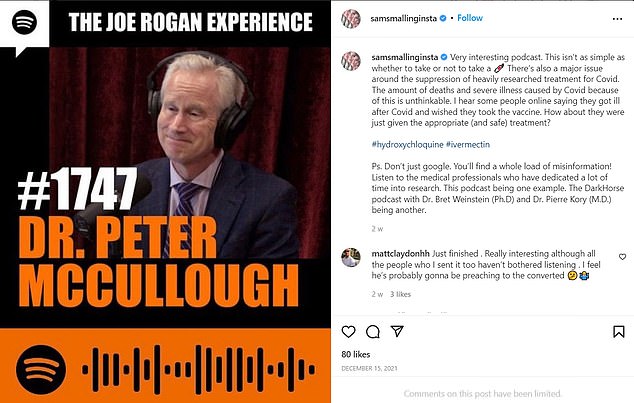 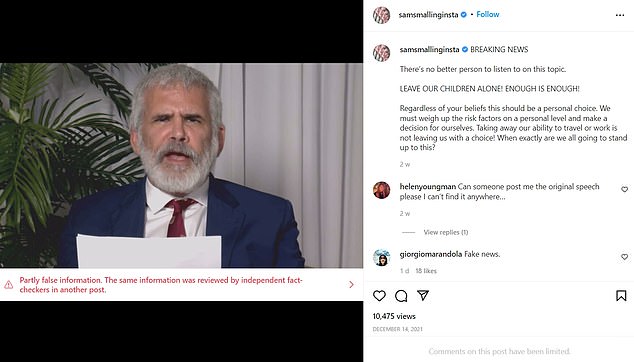 However, the unidentified player is in the minority in Serie A. It has been revealed that 98 per cent of all footballers in the Italian top flight have been double-jabbed.

Serie A has largely been able to avoid being affected by Omicron, although it has been placed on pause for its usual winter break since December 22.

Roma return to action tonight, against AC Milan at the San Siro.

Yesterday, there were 68,034 new Covid-19 cases in Italy, taking the overall total over the course of the pandemic to 6.4million. There have been over 138,000 deaths.

Sportsmail has contacted the agency which represents Smalling for comment. 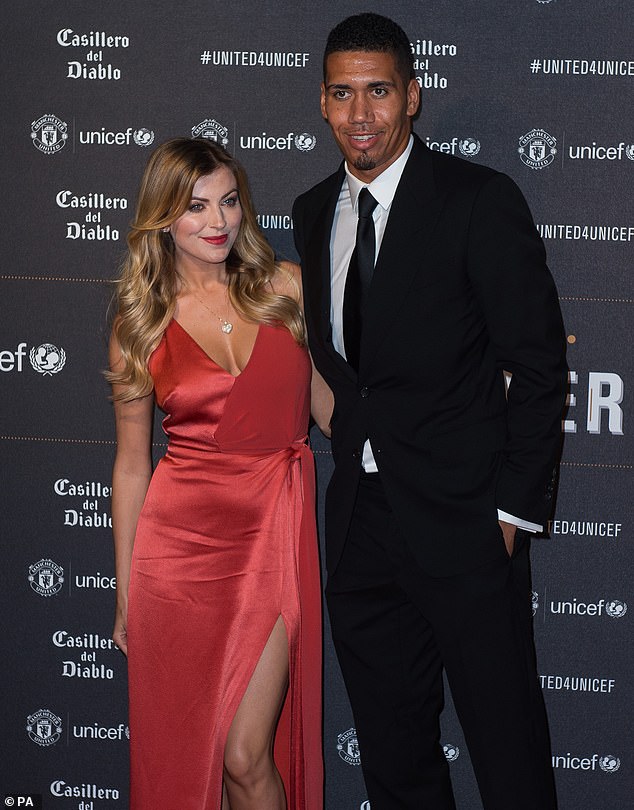