The much maligned NRL match review committee is again in the spotlight with Gold Coast prop Jarrod Wallace only set to miss two games for his horror spear tackle on Newcastle’s Simi Sasagi.

Young gun Sasagi, 21, took the ball to the line late in the game on Friday night at McDonald Jones Stadium and was tackled by prop Isaac Liu before Wallace blindsided him.

The one time Queensland Maroons forward flipped Sasagi upside down in a highly dangerous manner, but thankfully the rising star managed to land safely, manoeuvring his head to avoid landing on his spine. 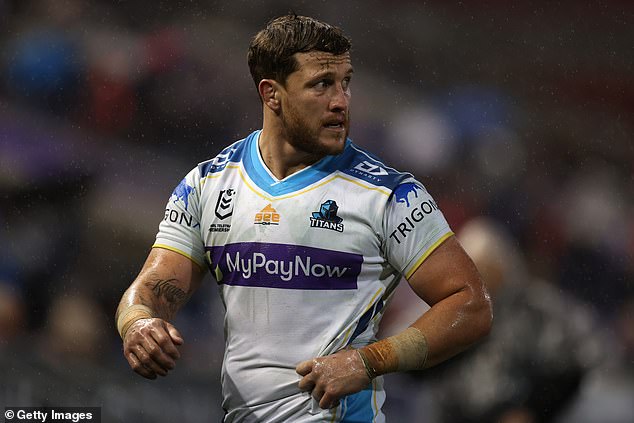 ‘I couldn’t help myself, I had to stick up for young Simmy. It didn’t look good and I thought I had to come in and help the young bloke and make sure he was all right.’

Wallace isn’t the first player to be given an early shower this season in the NRL for a dangerous tackle. 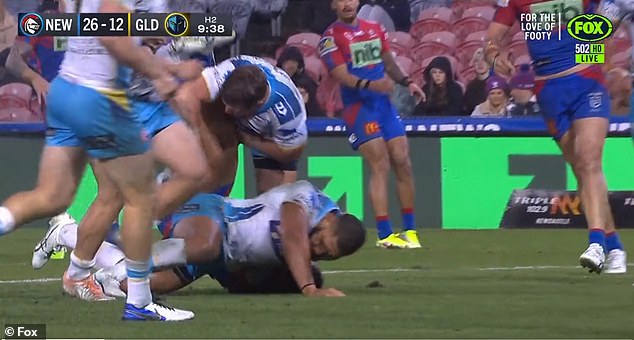 Jarrod Wallace flipped Sasagi upside down in a highly dangerous manner, but Sasagi managed to land safely, manoeuvring his head to avoid landing on his spine (pictured) 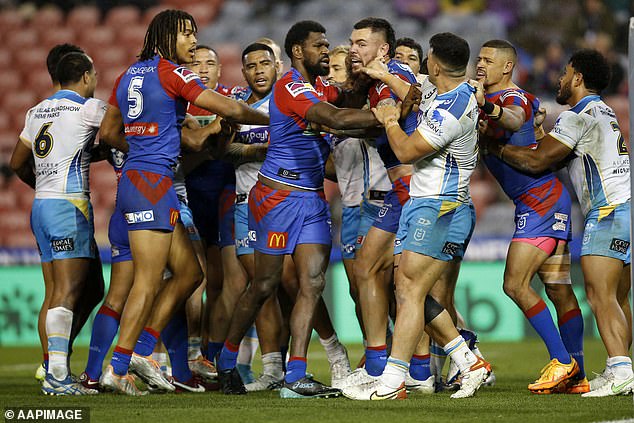 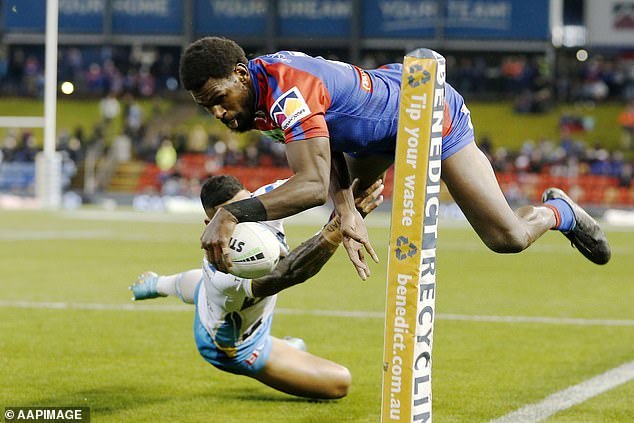 He will miss the next two matches with an early guilty plea.

‘Lawton got 4 weeks, can we have some consistency,’ one fan wrote on Instagram.

Another felt ‘grub’ Wallace deserved a spell away from the game for ‘five to six weeks.’

‘If suspensions to Karl Lawton and Brent Naden are any guide, that’s the last the Titans will see of Wallace for the next 4 games at least,’ one NRL fan posted on Twitter.

‘If Naden got 4, he should too,’ tweeted another.

A disgruntled Gold Coast fan fired a shot at Wallace, tweeting: ‘Will be disappointed if he doesn’t get the rest of the season as a suspension. Tackle doesn’t warrant that long of a suspension, will just save us fans from having to watch him play’ 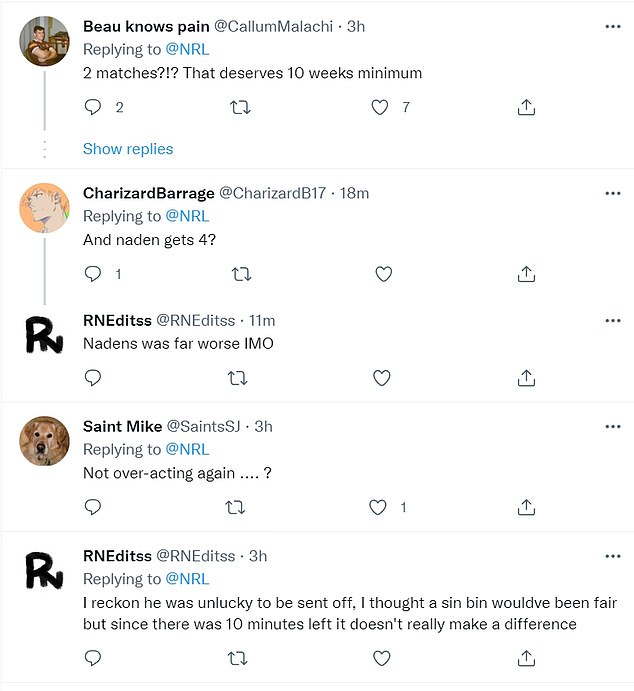 Tech News Meta’s Novi Service to Be Phased Out: What you need to know English Headline

Australia 23 People Who Were Totally, Without A Doubt, Targeted By The Universe #Australia English Headline