Controversial journeyman prop Matt Lodge is poised to sign for his fourth NRL club, with the Sydney Roosters reportedly close to securing his services for the remainder of the season.

Lodge, 27, is tipped to turn out for the Tricolours as early as this Friday against ladder leaders Penrith – as Trent Robinson’s men look to leap back into the top eight.

Lodge, who quit the New Zealand Warriors last month, will offer some much needed mongrel to a forward pack which has struggled for much of the season.

Many tipped the Chooks to be premiership contenders ahead of round one, but  consistency has been a glaring issue.

A number of key players such as Luke Keary, Victor Radley and Jared Waerea-Hargreaves have also all been injured.

Lodge played the first eight games of the year for the NZ Warriors but moved to Sydney to live on the northern beaches at Bayview. 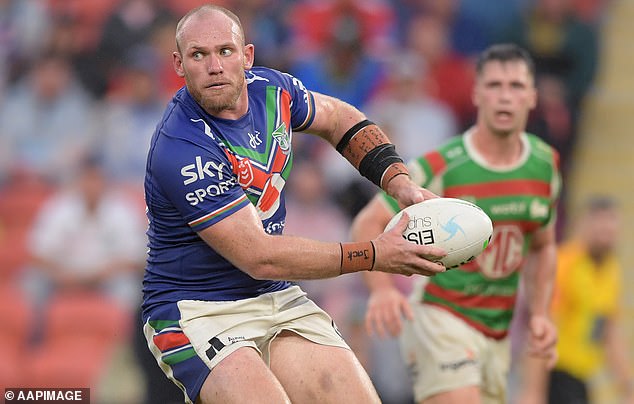 Controversial prop Matt Lodge is poised to sign for his fourth NRL club, with the Sydney Roosters reportedly close to securing his services (pictured, in action for the Warriors) 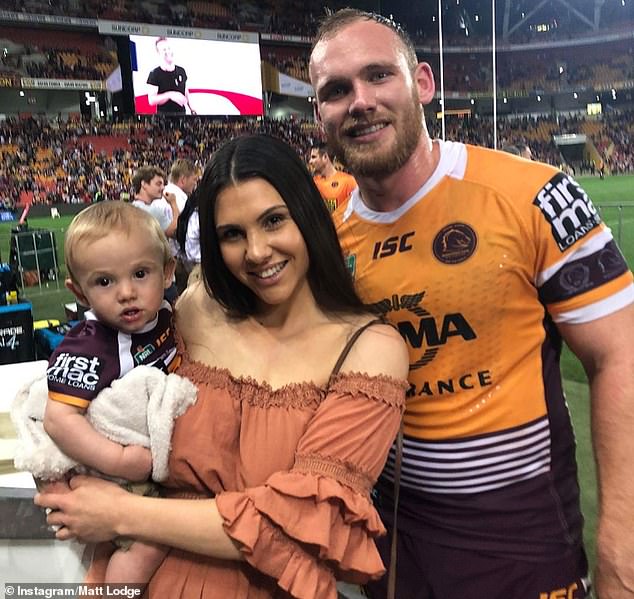 The 27-year-old has also played NRL with the Tigers, Broncos and Warriors (pictured, with partner Jessica O’Sullivan)

He was tipped to sign on the dotted line for the Sea Eagles – but the Roosters have instead offered him a $100,000 deal.

They have enough room in their salary cap to accommodate Lodge following the mid-season departures of young guns Ronald Volkman and Freddy Lussick to the Warriors.

Since quitting the Warriors, Lodge has played one game of second grade rugby union in Brisbane with Norths.

A heated altercation with Warriors owner Mark Robinson in May led to Lodge leaving the club – remarkably with a $700,000 golden handshake.

‘I don’t want to play park footy,’ he told the Daily Telegraph recently.

‘I’ll keep myself as fit as I can and I’ll be ready if there is an opportunity at any of the clubs.’ 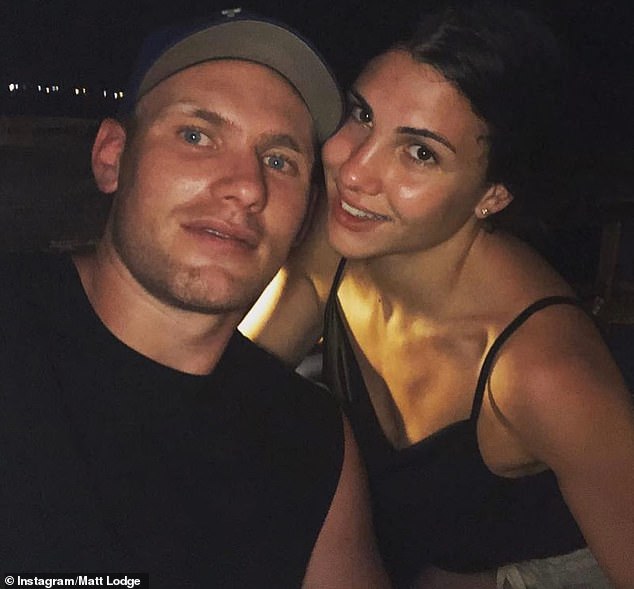 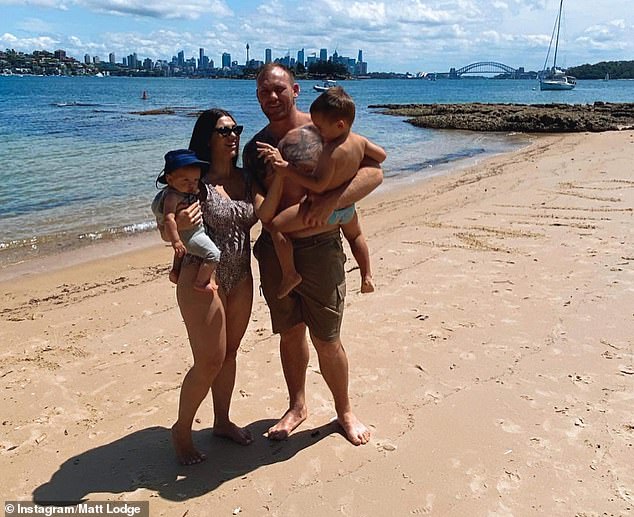 Lodge is a shrewd pick up for the Roosters – and is similar to the deal that saw club supremo Nick Politis lure cross-code superstar Sonny Bill Williams back to the club in 2020 for five games.

In October of 2015, Lodge was arrested in New York after allegedly assaulting a man and threatening two women – only months after he was stood down from the Wests Tigers for stalking charges.

Lodge was taken into custody when he followed two women to an apartment, told them ‘this is the night you die’ and assaulted a man.

He was charged with criminal mischief, reckless endangerment, criminal trespass, assault and menacing.

Lodge eventually reached a confidential settlement compensating victims over his drunken rampage in the Big Apple.

After two years out of the NRL, he signed with the Broncos for the 2018 season and then joined the Warriors last year.

The NRL rumour mill has also suggested Lodge may reunite with Wayne Bennett at the Dolphins, who enter the competition as the 17th club franchise next March.

Tech News How to Improve Your Happiness, According to Science English Headline