He famously flashed his rear at racist North Melbourne supporters and stopped watching AFL for a period when fans began to boo Adam Goodes.

Now West Coast Eagles champion Chris Lewis has revealed he might not have retired early had something been done about racism in his playing days.

As the curtain rises on the current AFL’s Indigenous Round and its marquee event Dreamtime at the ‘G tonight, Lewis spoke to The Age about his footy career, racism and his ultimate decision to call time early. 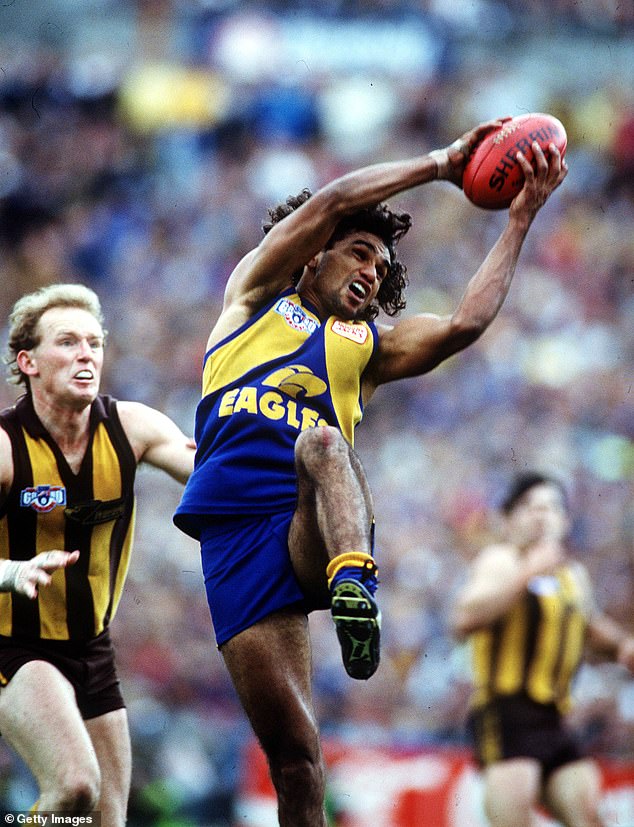 Lewis takes a mark against Hawthorn. He has admitted his playing days might have lasted longer if the AFL had acted on racism sooner

Lewis had a privileged childhood. His father was Australian scholar and artist Irwin Lewis, the first Aboriginal student to attend the University of Western Australia (UWA), a talented cricket and Aussie Rules player and a member of the public service.

It meant that Lewis was able to attend the elite independent Christ Church Grammar School and played his way through the ranks to represent Claremont in the WAFL.

Up to that point, life was good for Lewis – especially when he was picked by the West Coast Eagles when he was just a teenager.

‘I grew up playing juniors and I got selected [for West Coast] when I was 18. Prior to being 18, I never had experienced racism on a footy field,’ he said.

That all changed when he started to travel to Melbourne. The occasional racial taunt grew into howls and by the time West Coast was winning premierships in the early 1990s, entire bays would boo Lewis.

‘It was numerous occasions on a yearly basis and they mainly happened in the old suburban grounds like Windy Hill and Victoria Park and Princes Park,’ he said.

‘If I’d played for a Victorian club, I don’t think that would have happened [racism] … it would have been on a minor scale.’ 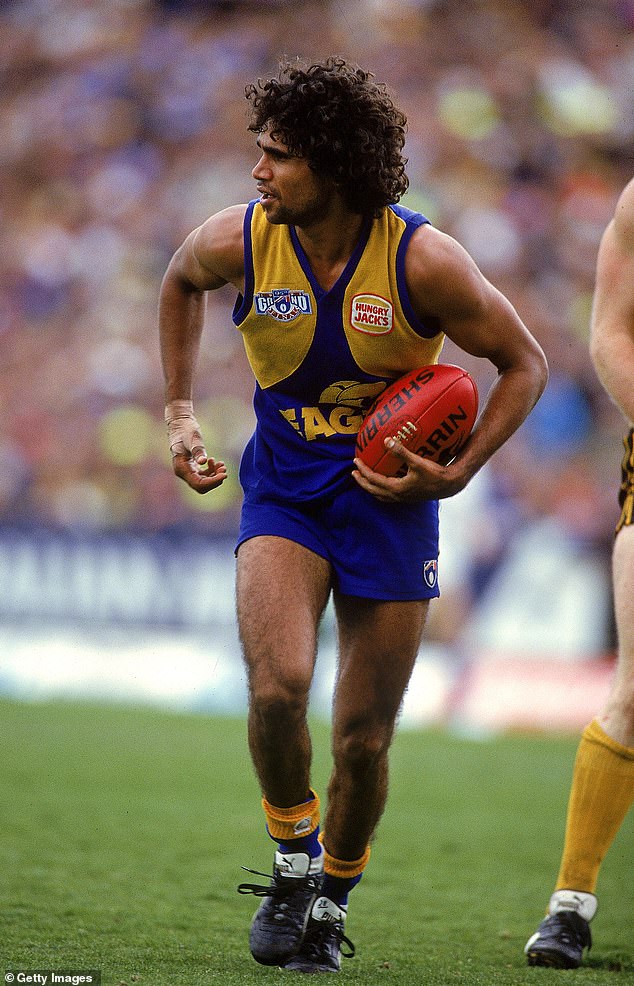 Lewis left plenty of quality football on the table, retiring in 2000 when he was just 31 and with just 215 games under his belt. He admitted his playing career could have been better without the racial taunts and he might have played on longer in the top flight.

He does see the humour in Nicky Winmar’s famous stand against racism in 1993 which is now a statue outside of Optus Park in Perth, while Lewis’ own stand in the same year went largely ignored.

‘Probably sums me up. I show my arse. Winmar lifts his jumper up and gets immortalised,’ he said. 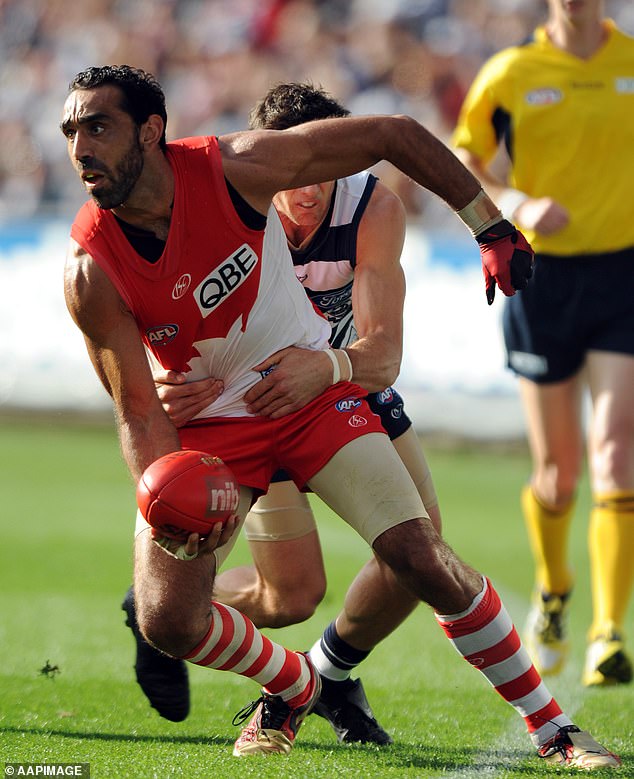 Lewis has been pleased to see how far the AFL has come in terms of stamping out racism and creating an inclusive game, but one thing he couldn’t cop was the relentless booing of Adam Goodes that drove the Sydney Swans champion into an early retirement.

After years of sustained booing from crowds and a lack of support from the league, the AFL’s most decorated Indigenous player made the decision to retire early in 2015.

‘I was disgusted, actually. I thought that was one of the biggest blights on the game in 50 years,’ Lewis said.

‘Got persecuted by crowds because he decided to stand up and voice his opinion on what really happens in this country.’

Lewis and Goodes are not the only talented Indigenous players to retire early from the AFL because of racism. 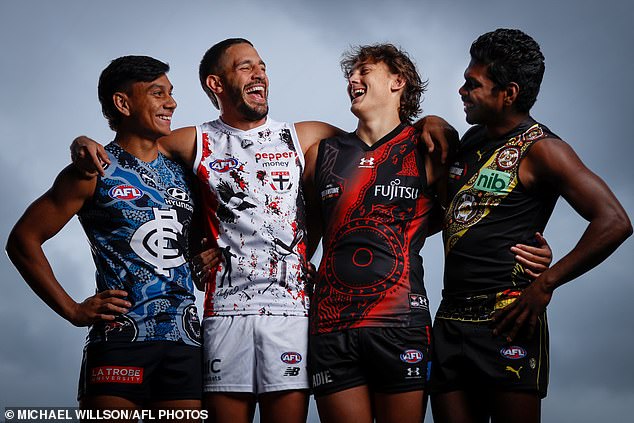 Hawthorn legend Cyril Rioli famously retired in 2018 when he was just 28 and has had no formal contact with the club since. He cites a strong of alleged incidents of racism as the reason he pulled the pin on his career earlier.

Ashley Sampi, who was recently diagnosed with multiple sclerosis, was another talent that left the AFL too soon. He played just 78 games for West Coast between 2002 and 2006 including the 2005 grand final loss to Sydney.

The latest is Tiwi Islands product Anthony McDonald-Tipungwuti, a cult hero with the Essendon Bombers, who announced his retirement on Friday – he is just 29.

McDonald-Tipungwuti was infamously the target of racial slurs on social media in the 2021 AFL finals series, despite not even playing in the club’s loss to the Western Bulldogs.

McDonald-Tipungwuti designed the Indigenous Round jersey the Bombers will wear in their Dreamtime at the ‘G clash against Richmond tonight.