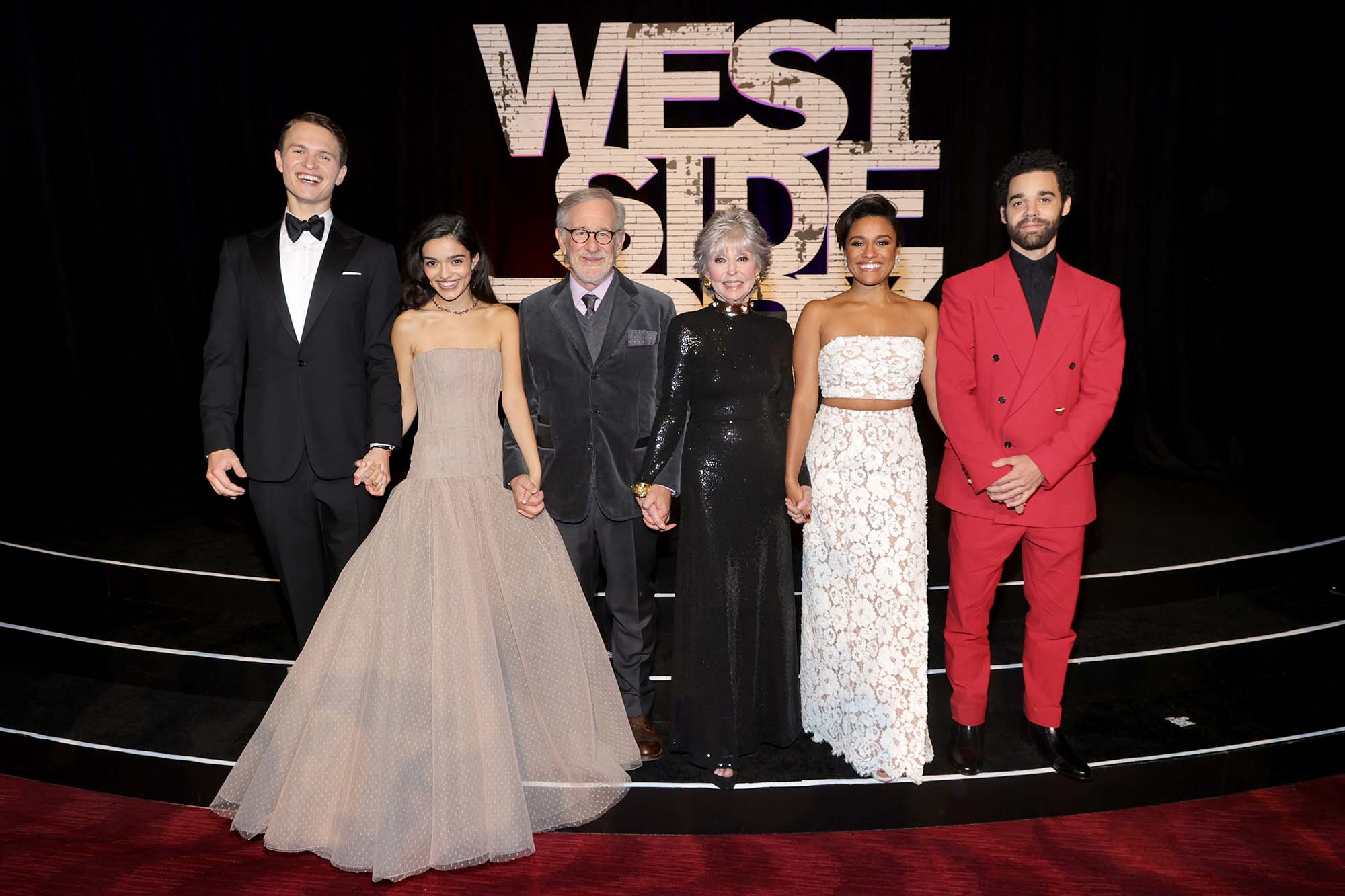 The world premiere of the movie “West Side Story” started off somber on Monday night.

At Jazz at Lincoln Center in New York, the film’s stars such as Ansel Elgort, Rachel Zegler, Ariana DeBose, Mike Faist, David Alvarez and Rita Moreno walked the red carpet in black tuxedos and muted dresses, making onlookers wonder if outfits were changed at the last minute out of respect for the “Sweeney Todd” and “Into The Woods” composer.

“West Side Story” is, after all, a famously colorful musical.

Before the lights went down, director Steven Spielberg movingly paid tribute to Sondheim in a long and detailed speech.

“His amazing work for ‘West Side Story’ [in 1957] first put him on the map, and launched a career that would completely redraw that map, reinvent the musical and theater and create a body of work that beyond any doubt is as immortal as anything made by a mortal can be,” Spielberg said.

“Stephen was a big part of the making of our film ‘West Side Story,’ from the earliest screenplay drafts to every recording session, which Steve attended without fail. Listening with his eyes closed, he’d sway, he’d swoon or he’d grimace and flinch. So, I caught myself watching myself watching Steve’s expressions sometimes more than the actors, because they perfectly reflected what everyone was doing.

Spielberg also revealed that the two became friends, and had onset nicknames.

The director ended with a reference to “Sunday In The Park With George,” Sondheim’s 1984 musical about the difficulty of creating art.