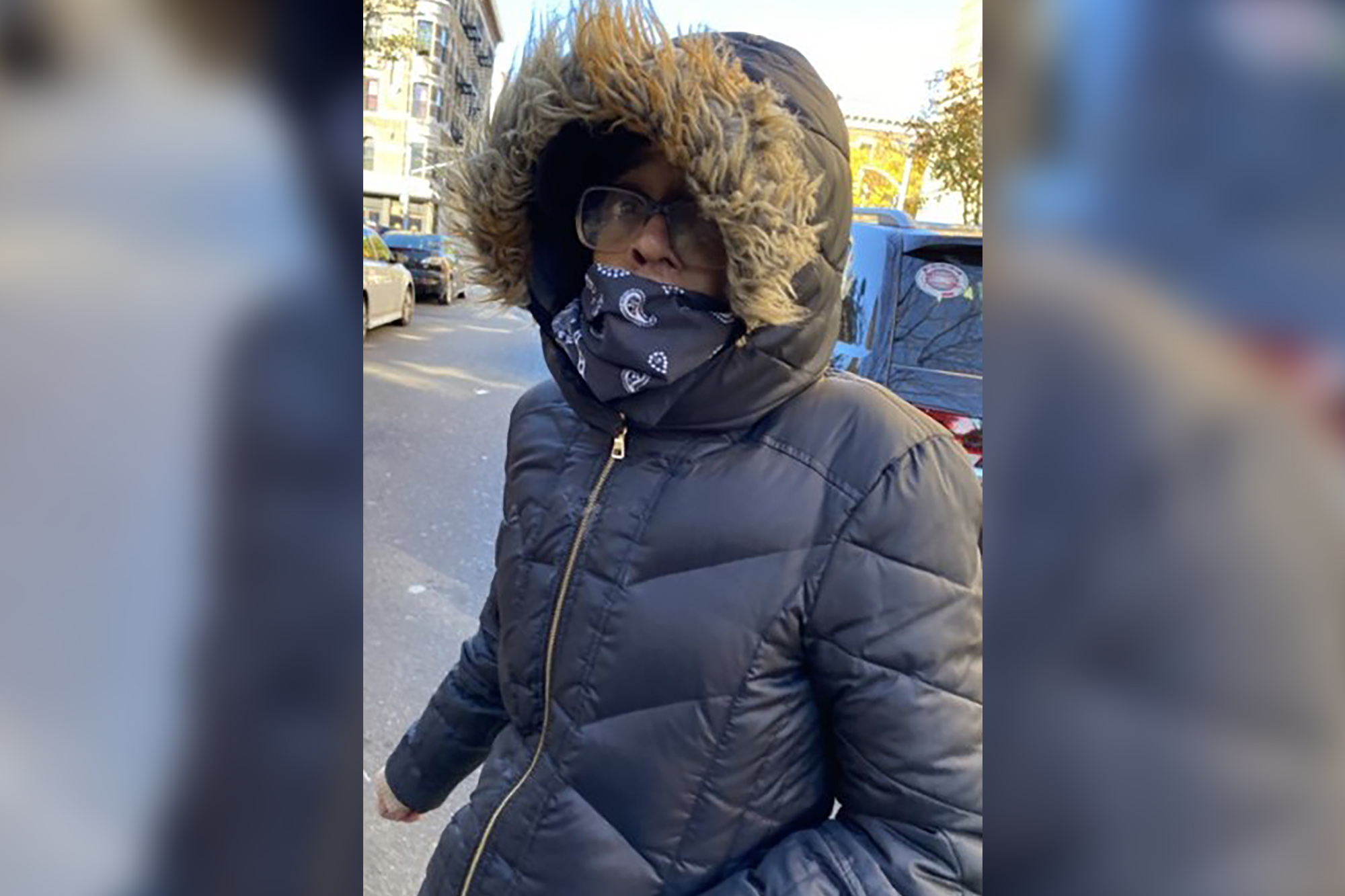 A would-be thief knocked an 84-year-old woman to the ground in East Harlem this week, cops said.

The senior was walking home just before 11 a.m. Wednesday at East 117th Street and Madison Avenue when she realized another woman was following her, police said.

When the victim went to open the gate at the front of her home, the suspect jumped on her back, causing her to fall, authorities said.

The suspect tried to grab her purse but failed and fled empty-handed on Madison Avenue, cops said.

The victim suffered minor injuries to her right arm and right hand.

Cops released a photo of the suspect Thursday night.

She is described as last seen wearing a long black jacket with a brown fur trim around the hood, a black and white bandana as a mask, glasses, blue jeans and black and white sneakers.