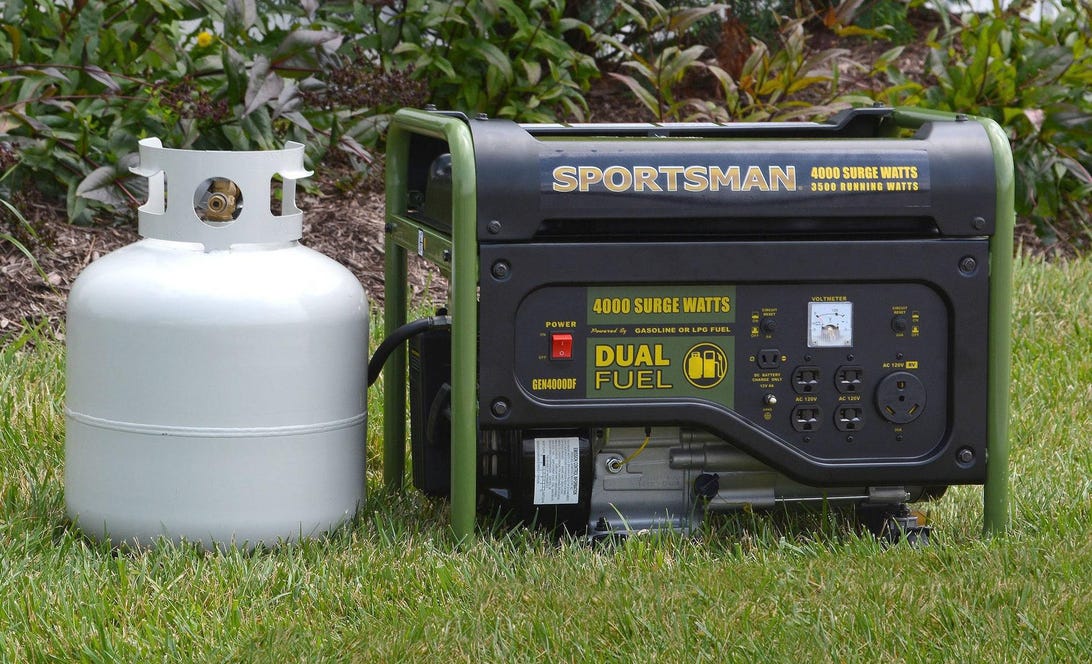 Power outages are more than just frustrating, they can quickly become downright dangerous, and they’re becoming all too common for many of us. Going several hours without power can lead to more than just spoiled food and other headaches. They can also result in uncomfortable and unsafe temperatures and can make it difficult to call for help in case of emergencies.

Large chunks of North America will face an elevated risk of blackouts thanks to warmer than normal temperatures and drought, which reduces hydroelectricity output, the North American Electric Reliability Corporation said on Wednesday. From the Midwest down to the Gulf Coast, many people face a high risk of blackouts.

Furthermore, hurricanes are getting stronger and fire season is devastating in some areas. This is why you need to start thinking about purchasing a standby generator (while also think about other emergency protocols). Thankfully, there are plenty of options on the market that can step in and keep things running. These include inverter generators, diesel generators, solar generators, gas generators and dual fuel generator types.

Some portable power generator models run on gasoline, while others run on liquid propane tanks. Deciding which fuel type to use for your portable generator likely depends on your available resources.

If you’re in a rural area with no gas station nearby, keeping a propane tank for your portable generator might be your best bet for emergency preparedness. If you do have quick access to gasoline, consider the smallest emergency generator for your home, so that you don’t burn more fuel than necessary. If you want both options, there are dual fuel portable generator models that run on either fuel type.

If you’re really looking to be self-sufficient, you could invest in a solar generator that powers through a solar panel or panels. We will note that as far as power goes, however, solar generators don’t have as much of a kick as a portable generator that uses gasoline, which is why they aren’t included on this list.

You’ll want to make sure you choose the best portable generator model for your situation that has enough power output to run everything you need in an emergency. Know your peak power needs. Two terms are important here: starting watts and running watts.

Also known as “peak watts,” starting watts are the highest possible wattage that a generator will produce in order to get an appliance motor running. A portable generator won’t sustain this wattage long-term. Think of it like the amount of power needed to jump start your fridge.

To calculate just how much wattage you need, a general rule of thumb is to add up the wattage of all the appliances you want to power and multiply by 1.5. You can also look for the starting watts needed for your most power-hungry appliance and add those to the total to find the running power watt.

This rated watts information will be on a sticker inside your appliance or in the manufacturer’s manual. If your appliance doesn’t list watts, but lists amps and volts, multiply the two to find the wattage. Whatever the sum of your needed watts is, that will be the minimum running wattage you need your generator to produce.

For instance, in my home, I would need to power a 864-watt dishwasher, 1,440-watt refrigerator and 3,600-watt oven. That means my generator must have a power output that produces at least 5,904 running watts.

Of course price is a factor, and in general, you’re going to pay more for more peak power. You can find good generators from $300, or you can spend big for max power and end up with a $2,000 model.

To stay as frugal as possible, limit the number of large appliances you power with a generator. Consider a mini fridge and microwave instead of full size refrigerators and ovens. If the weather isn’t dangerously hot or cold, skip on providing a power supply for your heating or cooling system. If all that sounds a bit overwhelming, there are several handy online calculators to help you tally things up.

The generators below aren’t Englishheadline reviewed, but they are the internet’s most popular and highest rated best portable generator models. We’ve divided them into low, middle and high price ranges. You’ll also find specs for each generator’s starting power, run time on half power and the fuel type and capacity.

These generators all received high marks from consumers, and none of them will break the bank. If you have a small home or just a few appliances to power, you don’t have to spend big to get a good generator with enough running power to keep your appliances running.

The most affordable model on our best portable generator list, the Sportsman GEN400DF has been on sale for just $300. This is a well-priced dual-fuel model that can operate with either a 3.6-gallon fuel tank or a standard propane tank.

With up to 10 hours of gasoline run time on a 50% load and 12 hours running power using propane, the Sportsman can keep things going while you get a full night’s sleep before needing more fuel. This emergency dual fuel generator comes with four 120-volt outlets, one 120-volt RV outlet and one 12-volt DC outlet.

With 4,000 starting watts and 3,500 running watts, it isn’t the most powerful generator on our list. Still, if you’re running small household appliances or just one or two large ones, this portable generator model should get the job done.

Note: We’ve seen recent price spikes that put this generator above the $500 mark. We’ll keep an eye on these prices and update accordingly.

If you don’t need the propane tank option, this DuroStar portable generator runs on a 3.9-gallon gasoline tank. It is a quiet portable generator that also offers a bit more peak power supply than the Sportsman with 4,400 starting watts and 3,500 running watts.

Run time on a 50% load is 8 hours, and it is equipped with two 120-volt household outlets and one 120/240-volt outlet. The DuroStar includes its wheels, something often sold separately in kits for generators.

Up your budget, and you can double your wattage with these generators.

This Briggs & Stratton model costs $949, and runs on an 8-gallon fuel tank. Of our best portable generator mid-price range tier, this portable conventional generator model offers the most wattage for the least money with 8,500 starting watts and 6,250 running watts.

You’ll get 11 hours of run time at 50% with the StormResponder from its 420cc engine. A digital screen Briggs & Stratton calls the “StatStation” displays the power load and provides maintenance reminders. A guide printed on the unit depicts which appliances can plug into which of the four onboard outlets.

These high-end units might be overkill for smaller homes, but if you’re looking for high starting watts, this group is your best bet.

Similar in price to the Generac model, this Champion generator offers a bit more power output.

Of all the models listed here, this portable generator offers the highest run time for the least money. You’ll get 12 hours of power output at 50% load for this $1599 CAT model gas generator. That’s thanks to a hefty 7.9-gallon gasoline tank. The CAT RP6500 delivers 8,125 starting watts and 6,500 running watts from its 420cc engine.

France Exclusive for Mail on Sunday readers: Get a taste of the Rhone with chef Raymond Blanc  #France