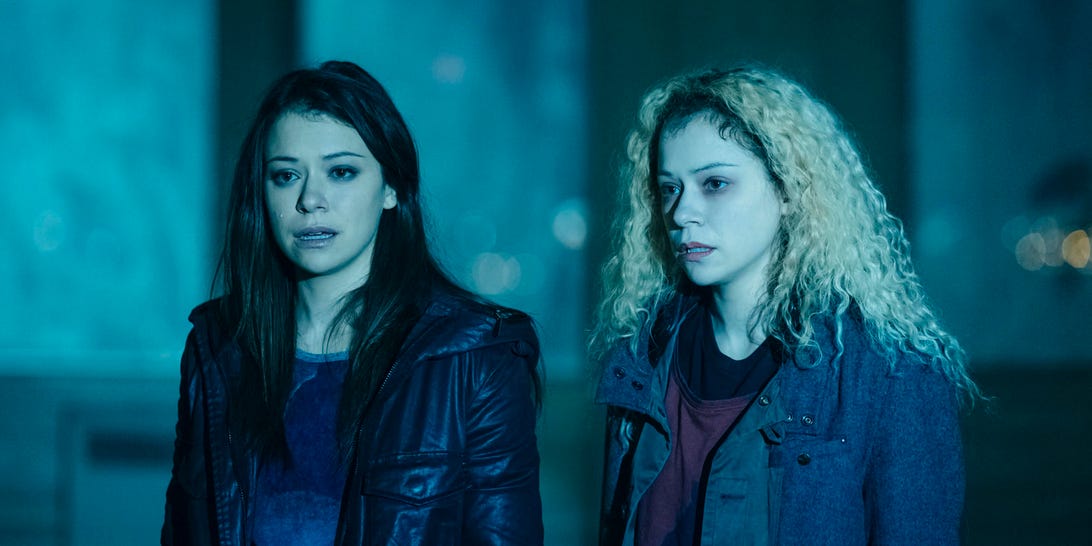 Before Tatiana Maslany played She-Hulk in the upcoming Marvel series, she was the lead in Orphan Black, a modern sci-fi classic on Prime Video.

The good news: A sequel series to the sci-fi thriller has been greenlit by AMC. There’s never been a better chance to give Orphan Black a go.

Orphan Black is one of those shows best watched without knowing too much going in. Just know that Maslany won an Emmy for the unbelievable amount of work she put into the five seasons, including becoming a producer later on.

The show begins when Sarah Manning, a British con-artist who wears The Clash T-shirts, witnesses a woman jump in front of a train. The twist: this woman looks exactly like her. Are they long-lost identical twins? Or is something stranger going on?

Sarah is sucked into a conspiracy involving scientific institutes, religious orders and a covert military operation. A single mom, she tackles it all with a spit-fire attitude that occasionally gets her into even more trouble.

Orphan Black invests deeply in its multiple characters, clearly chiselling out their lives in the Toronto setting. Felix (Jordan Gavaris) is the charming counterpoint to Sarah’s wildness, a gay painter and sex worker who puts up with the insane, life-threatening bad guys Sarah unintentionally leads to his doorstep.

Donny (Kristian Bruun) is a standout as a bumbling husband who’s the epitome of getting into situations where you’re in over your head. A sugar-obsessed assassin, cutthroat soccer mom, whip-smart scientist and more enrich the population of this multilayered world.

The characters ensure Orphan Black shines: Amid the occasional stark violence, cool science and chilly cinematography, these loveable, underdog heroes bring a cluelessness that charms your socks off. It all results in brilliant hilarity.

When Orphan Black premiered on BBC America in 2013, it arrived as a fully formed package, a slick bundle of tension-loaded writing, polished visuals and a memorable supporting cast.

Admittedly, the best moments are front-loaded in seasons 1 and 2, but the entire five-season run enriches its world of scientists, police detectives and military operatives.

And its soundtrack: Any soundtrack worthy of a Spotify playlist is a box ticker. I Got You Babe is perfectly timed over an assassin smiling at Sarah, murder flashing in her eyes. The Clash and New Order join tracks from local Canadian bands vibing out of their garages in the Toronto setting.

We haven’t even covered Orphan Black’s bigger themes. That’s because the nature vs. nurture debate, identity and ownership over one’s body are delivered with the entertainment factor notched up to 100. You barely realize how deep the bigger issues become until you’re already there.

Put plainly, Orphan Black is a must-see sci-fi gem. It saw Maslany gain much-deserved recognition and a role in a Marvel series. Go back and see where it all began.