Tech News Star Wars Celebration Anaheim: What You Can Expect From This Week’s Convention English Headline 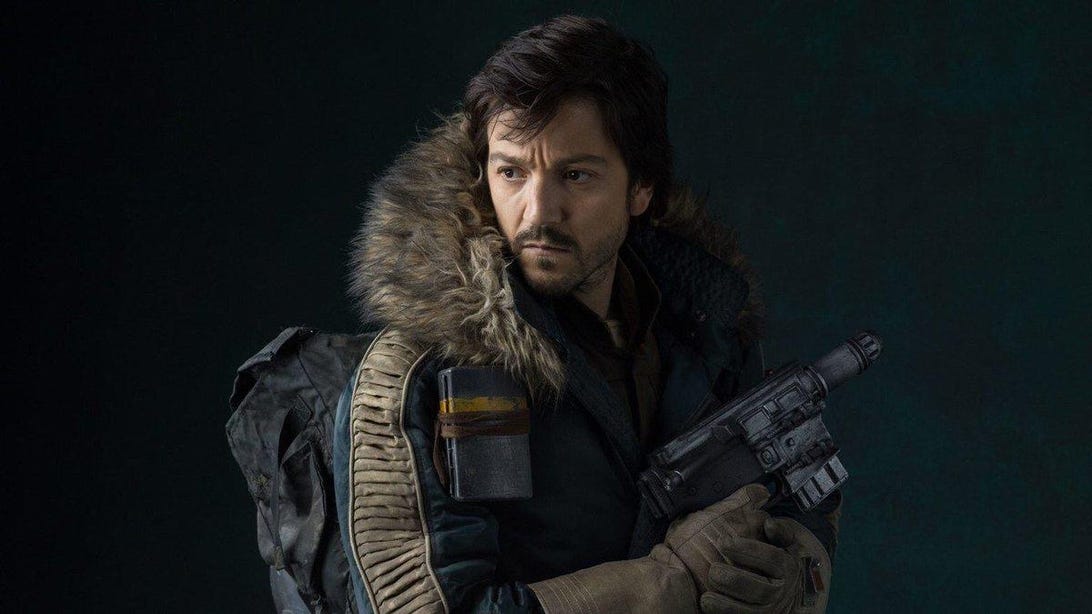 This week, fans of a galaxy far, far away will gather in California for Star Wars Celebration Anaheim. It’ll be the first such convention since 2019’s Celebration Chicago, and will undoubtedly bring an array of announcements about upcoming Disney Plus shows, video games and merchandise. We might even get some hints about future movies.

Celebration Anaheim runs from Thursday, May 26, to Sunday, May 29, and there are still some tickets left if you’re eager to immerse yourself in Star Wars fandom.

Fans can get autographs and photos of stars including C-3PO actor Anthony Daniels, The Mandalorian’s Katee Sackhoff and Carl Weathers, The Book of Boba Fett actor Temuera Morrison and The Last Jedi‘s Kelly Marie Tran. Unfortunately for those hyped about the Obi-Wan Kenobi series, Ewan McGregor has sold out ahead of the show’s Disney Plus premiere on the second day of Celebration Anaheim.

Unlike the last few Celebrations, this convention won’t be focused on an upcoming movie. It’ll lean heavily on upcoming Disney Plus series instead; we’ll likely have our first look at Andor (the prequel to Rogue One), get some concrete details about The Mandalorian season 3 and catch a glimpse of The Bad Batch’s second season.

Englishheadline will be reporting live from the show floor, capturing the hype of panel reveals and reunions, and checking out the creative cosplay. If you can’t make it to Anaheim or just want to plan your convention out, let’s take a quick look at the big hits so you know when to look out for news dropping online.

The show is kicking off with one of the big panels. Lucasfilm’s Studio Showcase (11 a.m. PT) will see the “current crop of live-action filmmakers” discuss upcoming Star Wars shows like Obi-Wan Kenobi, Andor and The Mandalorian.

Stars Ewan McGregor, Diego Luna and Pedro Pascal will presumably show up to hype their shows, and it’ll almost certainly include the first trailer for Andor, which is scheduled to hit Disney Plus late this summer.

We might also hear about upcoming movies like the unnamed one from Thor: Love and Thunder director Taika Waititi and Patty Jenkins’ delayed Rogue Squadron.

Book readers will want to pay attention later in the day for the Lucasfilm Publishing: Stories From a Galaxy Far, Far Away (1 p.m. PT) and The High Republic: For Light and Life (3 p.m. PT) panels. The former will focus on a range of Star Wars novels and comics from the whole timeline, while the latter will be about the publishing initiative set 200 years before the Skywalker Saga.

After getting up early (or staying up late) to watch the first two episodes of Obi-Wan Kenobi, everyone at the Light & Magic panel (11 a.m. PT) will likely be a bit sleepy. Solo director Ron Howard and writer Lawrence Kasdan will likely get everyone hyped with a sneak preview of a six-part documentary about Industrial Light & Magic, Lucasfilm’s special effects division, ahead of its Disney Plus release on July 27.

The first big afternoon panel is The Summer of Lego Star Wars (12:30 p.m. PT), which will dive into the recently released Lego Star Wars: The Skywalker Saga video game and reveal some of the upcoming Lego sets.

Remember how exciting it was to see Yoda wielding a lightsaber for the first time? That was two decades ago (don’t feel old; it’s fine, it’s fine), and the Attack of the Clones 20th Anniversary Celebration (2 p.m. PT) will commemorate the second movie in George Lucas’ prequel trilogy.

If you’re into the Star Wars vacations, it might be worth tuning into the From a Galaxy Far, Far Away to a Disney Park Near You (4 p.m. PT) and 35 Years of Star Tours Adventures with D23 (5 p.m. PT). These panels will run through original Star Wars ride Star Tours, Star Wars land Galaxy’s Edge, the uber-expensive Galactic Starcruiser and cruise ship-based Hyperspace Lounge, with input from the people who made them possible.

The audience will likely chant “This is the Way” at the day’s first major panel: Mando+: A Conversation with Jon Favreau & Dave Filoni (11 a.m. PT). We’ll probably get details about The Mandalorian season 3, and maybe even a release date and trailer. It’d also be a fine time to hear more about the Ahsoka Tano show, and whether or not The Book of Boba Fett will get a second season.

Given the number of Star Wars games in development, there’s a surprising lack of gaming panels at Celebration. The only big one is Star Wars: Hunters – Welcome to the Greatest Show in the Galaxy (1 p.m. PT), which will showcase developer Zynga’s upcoming multiplayer arena combat game. It’ll hit Nintendo Switch, iOS and Android sometime this year, and we’ll probably get a release date at this panel.

We’ll see a new show unveiled in an afternoon panel: Tales of the Jedi (2:30 p.m. PT) is an animated anthology series of shorts. Lucasfilm hasn’t revealed anything about this project beyond the name — which it shares with a ’90s comic series — but it’ll presumably come to Disney Plus (like 2021’s Star Wars: Visions).

Comics will be in the spotlight at the Marvel Star Wars panel (4:30 p.m. PT), with editor-in-chief C.B. Cebulski taking to the stage with a bunch of writers and artists to talk about upcoming story arcs and unveil new series.

The final day of the convention will shine the spotlight on Star Wars: The Bad Batch Season 2 (11 a.m. PT). The team behind the CGI animated Clone Wars spinoff will almost certainly give us a trailer for the second season and a Disney Plus premiere date.

That’ll be followed by A Look Back at Star Wars: Visions (12:30 p.m. PT), which will dive into last year’s anime-inspired anthology series. It’s possible this panel will reveal that this show will return for more episodes.

Where can I watch the Star Wars Celebration Anaheim panels?

If you can’t make it to the show, you’ll be able to stream the big panels and interviews from the official Star Wars YouTube channel. We’ll embed the stream here when it’s available.