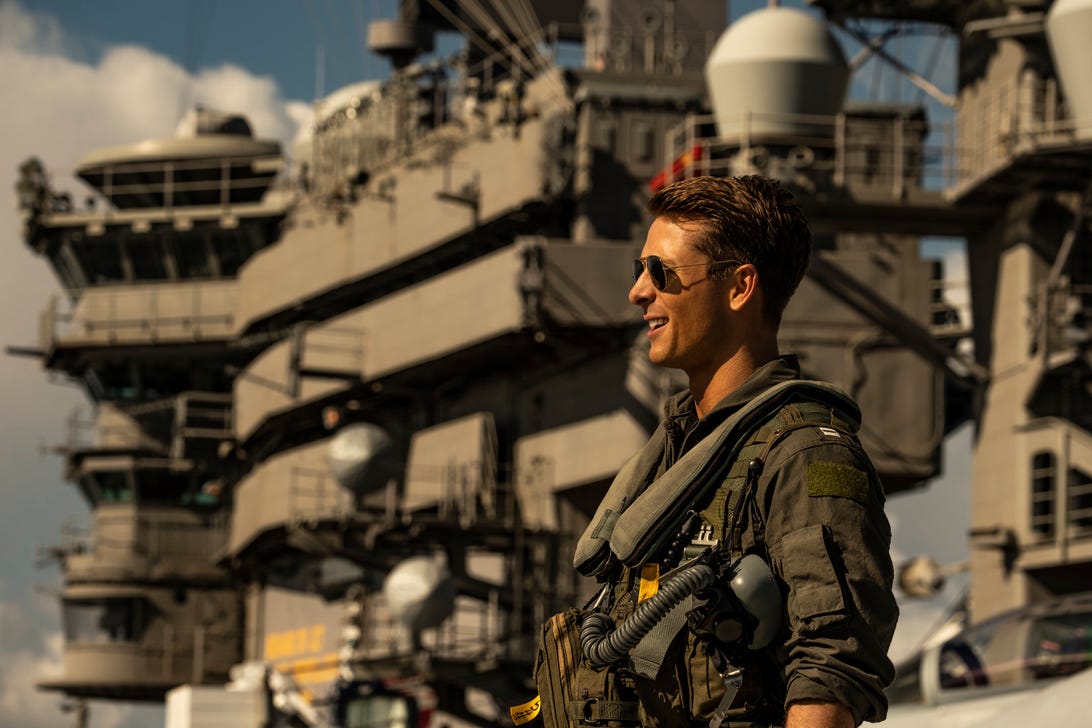 Jerry Bruckheimer is the king of Hollywood blockbusters. He produced box office smashes from Flashdance and The Rock to Armageddon and Con Air (not to mention TV winners including the CSI franchise). Many of his hits, like Beverly Hills Cop or Pirates of the Caribbean, have spawned sequels and follow-ups — but none has waited so long as the follow-up to a certain 1980s classic. “Every time I do a sequel,” Bruckheimer says, “they ask me, ‘How about Top Gun?'”

That question finally gets answered with Top Gun: Maverick, which flies into theaters May 27, some 36 years after the original. It’s a ridiculously fun blockbuster powered by the twin engines of spectacular aerial combat and Tom Cruise’s winning turn as a US Navy fighter pilot feeling the need for speed all over again. But in the intervening years, was there ever a possibility of returning to Top Gun without Tom Cruise?

“Not for me,” Bruckheimer says when we sit down in London a couple of days before the film’s big premiere at the Cannes film festival. Nor was there ever any question of the already finished film being released through the movie studio’s streaming service Paramount Plus after the pandemic closed movie theaters. “It was always gonna be on the big screen,” Bruckheimer says. “That’s where you see this movie.”

“It’s all about the pilots, the training and where Maverick is in his life… war never came into it.”

Even before the year or two when Maverick was effectively sitting on a shelf, plans for a sequel had already been delayed by the death of the original film’s director, Tony Scott, in 2012. Cruise and Scott had been scouting locations just a few days before the director died after jumping from a bridge in LA.

Scott’s version of the sequel involved unmanned drones in competition with human pilots, a theme that’s touched on in Maverick’s opening sequence.

So what brought Maverick back to the screen in the hands of incoming director Joseph Kosinsky? “Joe came to me with a great story,” Bruckheimer says. It must be tough for a director to make a film with so many powerful personalities involved: Cruise, Bruckheimer, the studio, even the US Navy. Who gets the last word on set?

Back to the danger zone

With such a long career and so many iconic titles on his resume, it’s inevitable there will be more sequels and reboots plucked from Bruckheimer’s back catalog of hits. Paramount is mining much-loved older titles like National Treasure and Flashdance to make TV shows for Paramount Plus. And although Bruckheimer acknowledges films like Black Hawk Down and Remember the Titans aren’t suited to a sequel, he is working on another Beverley Hills Cop with Eddie Murphy, another Pirates of the Caribbean (with or without troubled Johnny Depp) and a reworking of American Gigolo.

I ask the 78-year-old Bruckheimer how hands-on he is with film production these days. “I was there quite a bit,” he says. “I try to protect Joe and Tom from what’s happening tomorrow. … I certainly wasn’t in the air, I promise you.”

Bruckheimer’s referring to Cruise and his co-stars climbing into actual jet planes to film the sequel’s spectacular aerial combat scenes. While modern computer-generated digital effects are obviously used in the film, some scenes required the actors to learn how to operate the camera so they could film themselves in the enclosed conditions of a cockpit while their pilot pulled off daring high-speed maneuvers. Cruise is famous for doing stunts himself — dangling off skyscrapers and cargo planes in the Mission: Impossible movies, for example — so it must be nerve-wracking to see the 59-year-old star of a multimillion-dollar movie throwing himself headlong into danger.

“There’s nothing you can do about it,” says Bruckheimer, with perhaps a hint of a smile. “You worry about it, but I know Tom and I know how careful he is and how calculating the stunts are. And also I knew how good those pilots were. The mechanics and all the people that worked around the jets we use for the movie were so professional and it was just a great experience to deal with these technicians and masterful fighter pilots. Seeing what they go through and what their body goes through. You see it in the movie when you see what our actors go through — and these guys do it every day. It’s brutal, really kicks the hell out of your body.”

Both the original film and the sequel build to a dogfight in which Maverick takes on fighters from an unnamed enemy nation. But Bruckheimer insists that neither film has anything to say about war.  “It was never supposed to be war,” he says. “It was always supposed to be a competition film. It’s all about the pilots, the training and where Maverick is in his life. … War never came into it.”

Still, the US Navy is heavily involved with both movies, supplying aircraft carriers and jets for movies that make being a fighter pilot look pretty cool. After the first film, the Navy reported a massive boost in recruitment from young men wanting to be naval aviators — even if it took them into a very real danger zone. Bruckheimer notes that several aviators told him they joined the Navy because of Top Gun.

“They want to take their sons and daughters to see the movie, just like their dads did,” he says. “Even the women that were in the military, some of the pilots who flew our actors, said, ‘Hey, this is the reason I’m here.'”

Tech News Your Brain Operates at the Edge of Chaos, but That’s Not a Bad Thing English Headline