Sen. Ted Cruz said that if Democrats ‘fundamentally destroy the country,’ that Texas should secede from the US and form its own nation.

‘If the Democrats end the filibuster, if they fundamentally destroy the country, if they pack the Supreme Court, if they make DC a state, if they federalize elections if they massively expand voter fraud there may come a point where it’s hopeless,’ Cruz said at an event last month.

‘We’re not there yet, and if there comes a point where it’s hopeless, then I think we take NASA, we take the military, we take the oil,’ the Texas Republican said to raucous applause.

Also asked if he would take Joe Rogan, who moved to the Lonestar State in 2020, Cruz jokingly responded: ‘Joe Rogan, he might be president of Texas!’

Cruz made the remarks at an event at Texas A&M hosted by Young America’s Foundation on Oct. 14.

Podcaster and MMA commentator Rogan took heat from liberals when he took anti-parasitic drug Ivermectin, which many classified as ‘horse dewormer’ to treat a Covid-19 infection. He was not vaccinated because he said he missed his vaccine appointment earlier this year due to a scheduling conflict. 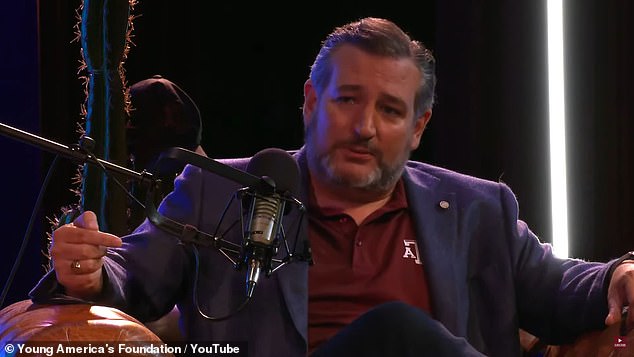 ‘We’re not there yet, and if there comes a point where it’s hopeless, then I think we take NASA, we take the military, we take the oil,’ Ted Cruz said of Texas secession 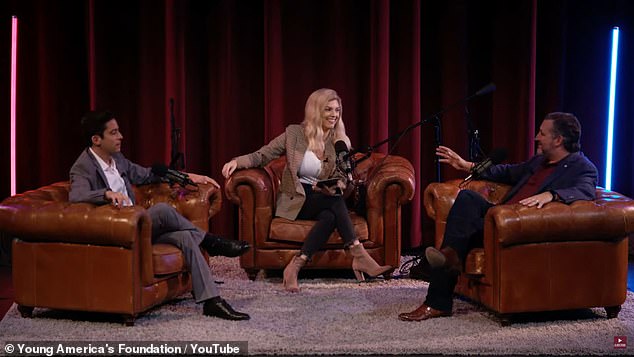 Rogan in 2020 moved to Austin, Texas to ‘have a little bit more freedom.’

A student from the crowd asked Cruz how he felt about the Texas secessionist movement, sometimes known as ‘Texit,’ Cruz said he ‘understood the sentiment’ but was not ready for it yet.

‘I’m not ready to give up on America. I love this country,’ he said.

Cruz said that Texas has a ‘responsibility’ to the US because ‘right now it’s an amazing force keeping America from going off the cliff, keeping America grounded in the values that built this country.’ 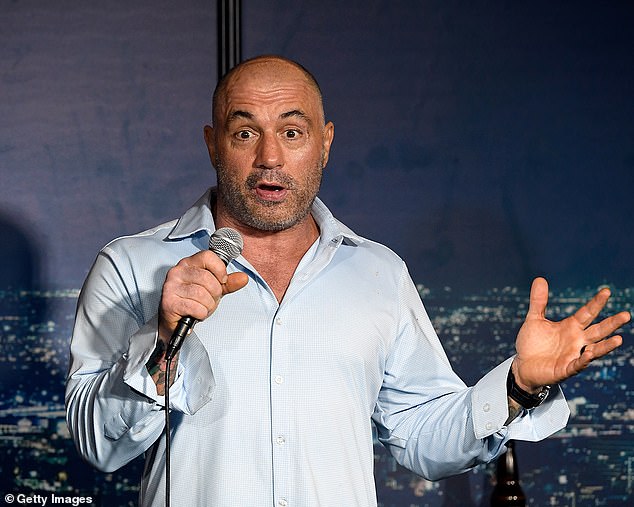 Also asked if he would take Joe Rogan, who moved to the Lonestar State in 2020, Cruz responded: ‘Joe Rogan, he might be president of Texas!’

US forces had to ask for a ‘reset’ halfway through the five-day mock battle in the Mojave Desert as they took heavy simulated losses.

Hawley said competitors such as China would be baffled by the U.S. approach.

‘They’re probably wondering why it is that people like General Milley and Secretary Austin spend so much time recommending books on white rage, on critical race theory and are not more focused on warfighting,’ he told the ‘Ingraham Angle’ on Fox News.

Gen. Mark Milley, chairman of the Joint Chiefs of Staff, sparked fury earlier this year when he said he wanted to understand ‘white rage’ and why thousands of people attacked the U.S. Capitol Building in January.

Hawley said Pentagon leadership should let warfighters do what they are best at.

‘I mean, here’s my view, Lord, we’ve got the best soldiers, airmen, Marines in the entire world,’ he said.

‘Our soldiers are amazing warfighters. Let them fight,’ he said.

‘Train them to fight. Let them do what they do best and stop using the military as a giant social experiment, which is what the left seems to want.’

The idea of secession has gained traction in some conservative circles as political divides deepen after Democrats took control of Congress and the presidency. A poll published in September found that over half of Trump voters want red states to secede from the union, and 41% of Biden voters want blue states to split off.

According to the from the University of Virginia’s Center for Politics, 52% of Trump voters at least somewhat agree with the statement: ‘The situation is such that I would favor [Blue/Red] states seceding from the union to form their own separate country.’ Twenty-five percent of Trump voters strongly agree.

In June, another survey found that a whopping two-thirds of Republicans in the South favored secession, while nearly half of Democrats in the Pacific region and 40% in the Northeast felt the same.

Support for secession is also considerable among independents in the Midwest and Great Lakes regions, where 43 percent say they would favor breaking away and forming their own country.

Gone are the days of friendships between the parties, according to the poll.