Their love is REAL: Locky Gilbert and Irena Srbinovska pack on the PDA as they enjoy some downtime in Adelaide on Australia Day

Locky Gilbert and Irena Srbinovska have faced plenty of scepticism about the legitimacy of their Insta-perfect romance.

But on Tuesday, the Bachelor couple proved their love is stronger than ever as they stepped out in Adelaide for a romantic Australia Day outing on Tuesday.

The twosome, who have been holidaying in South Australia for a week, packed on the PDA as they strolled hand-in-hand through the bustling streets. 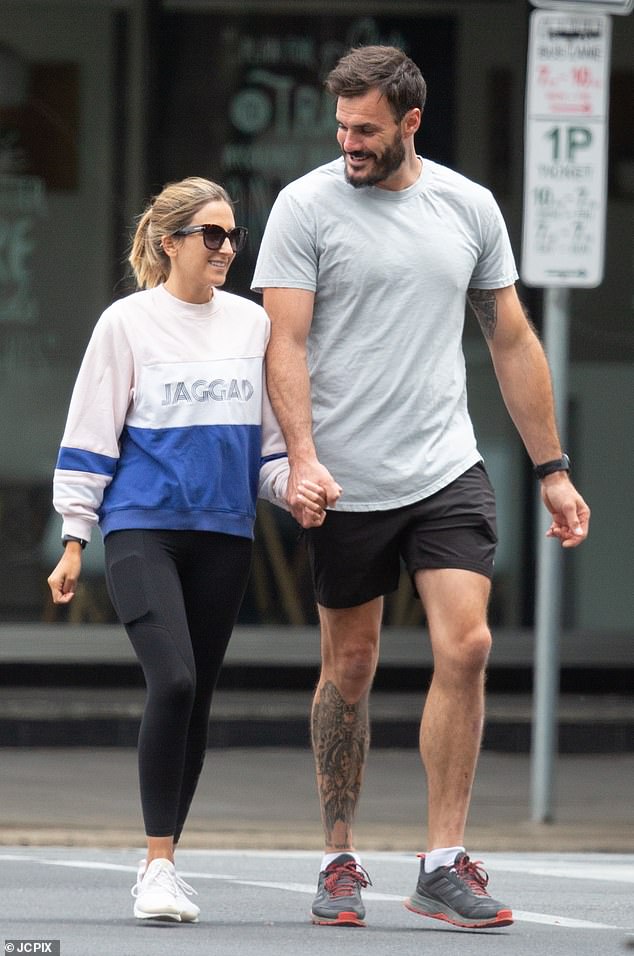 Their love is REAL: The Bachelor’s Locky Gilbert, 32, (right) and Irena Srbinovska, 31, (left) packed on the PDA as they enjoyed a romantic stroll around Adelaide on Australia Day

Nurse Irena, 31, dressed for comfort in a blue and blush jumper from Rebecca Judd’s activewear label Jaggad, paired with a set of simple black leggings.

She completed her low-key look with white sneakers, square sunglasses and a large diamond ring on her right hand. 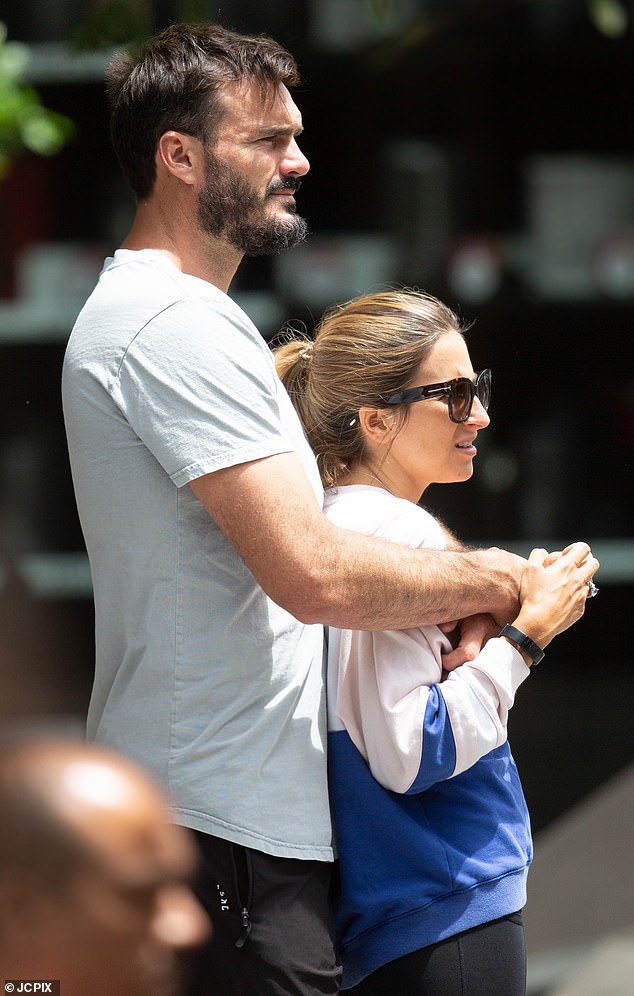 Low-key: Irena was dressed for comfort in a blue and blush jumper from Rebecca Judd’s activewear label Jaggad, while Locky covered his muscle-bound torso with a grey T-shirt

The lovebirds looked like they were having a ball as they cuddled up on the street and shared a cheery conversation.

According to onlookers, they spent time roaming around the local shopping precinct before heading back to their hotel for lunch. 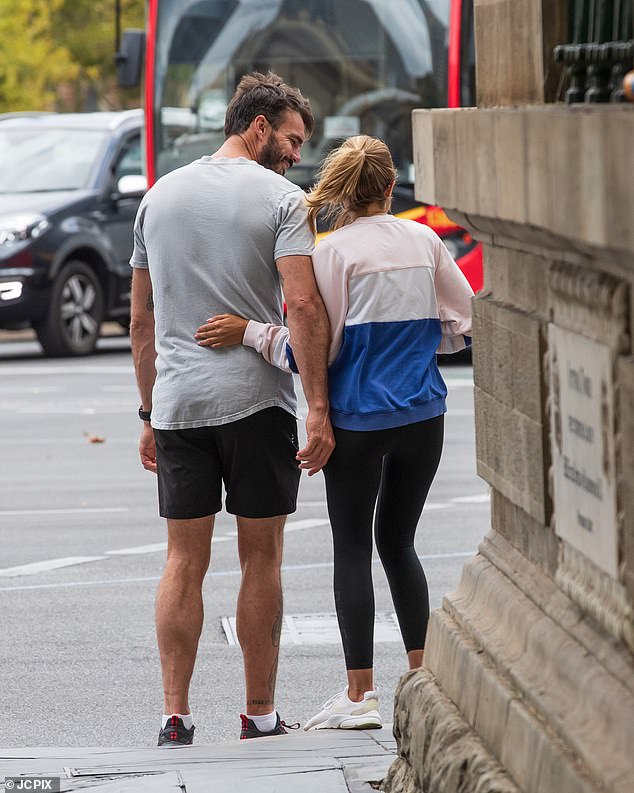 Lovers’ lane! The lovebirds looked like they were having a ball as they cuddled up on the street and shared a cheery conversation

Posting to Instagram on Sunday, Irena shared a photo of Locky posing alongside her mother Vesna and her father Vasco at a pub in Hahndorf, South Australia.

‘Better late than never, they finally got to meet in person,’ Irena captioned the photo.

Irena’s family, who are based in Melbourne, had travelled to South Australia spend time with their daughter’s new man for the first time, after they were unable to meet him on The Bachelor due to COVID-19 border closures. 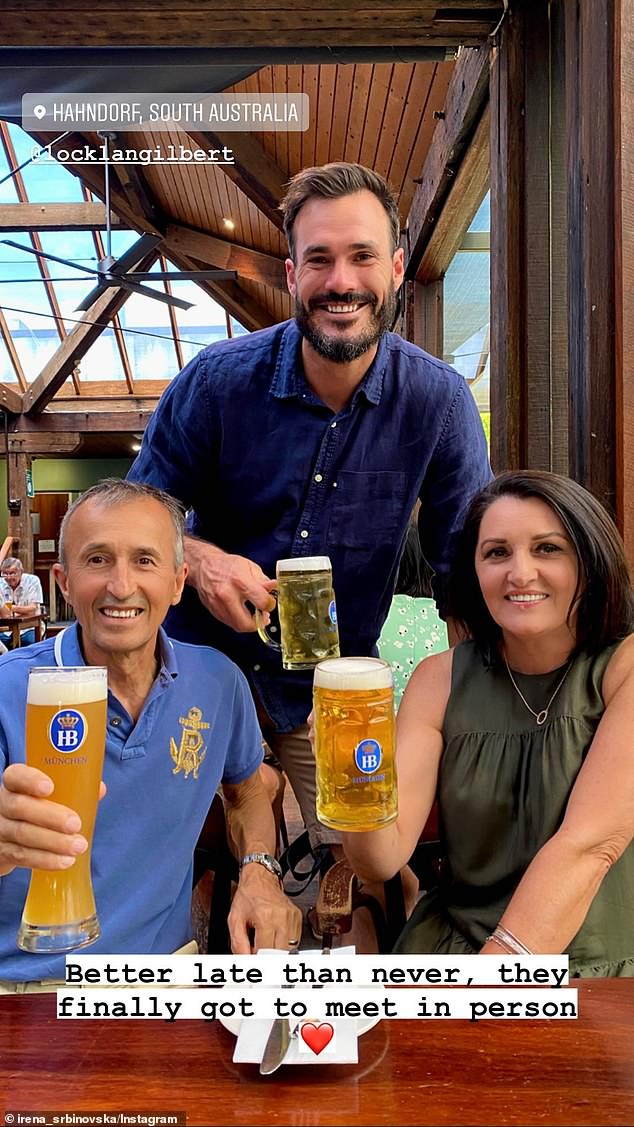 Better late than never! It comes days after Locky finally met Irena’s  parents over the weekend 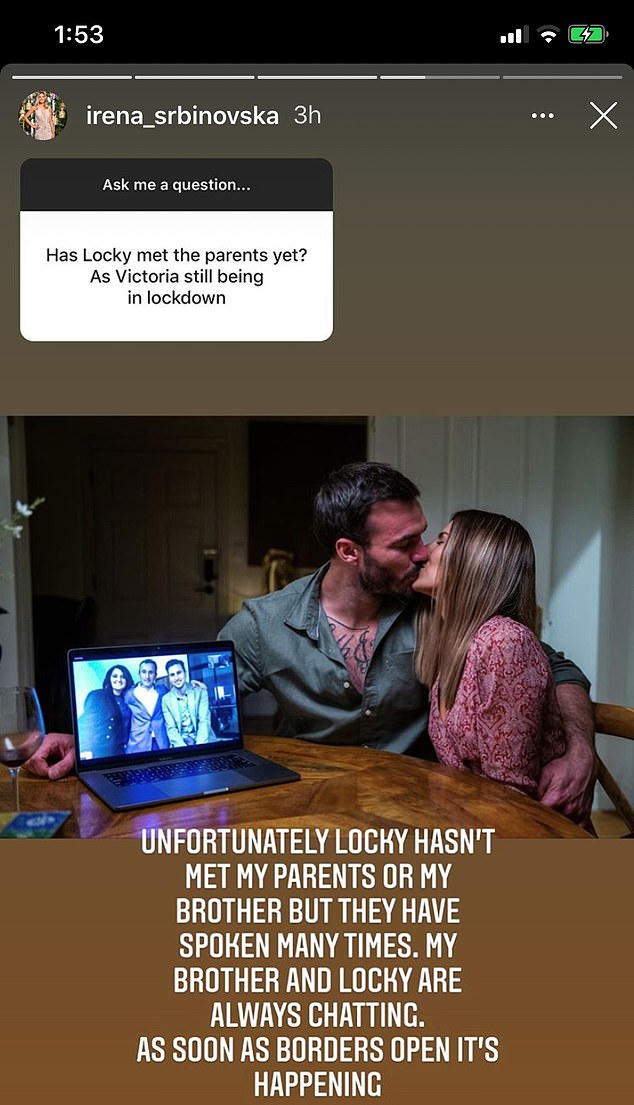 Waiting game: Locky was supposed to meet Irena’s family during The Bachelor, but the Srbinovskas couldn’t fly to Sydney because Victoria closed its borders