France Pete Doherty takes to the stage to perform with the Libertines...

A son was found drowned in his father’s arms in the freezing waters of Superstorm Sandy after he had told relatives: ‘I’m not leaving Daddy’.

John Filipowicz, 51, and his son John, 20, were found still holding onto each other in their basement as they shielded themselves from the torrent which covered them in 12ft of water in seconds.

Relatives said that the two had an ‘incredible bond’ and would never have been separated – in life or in death. 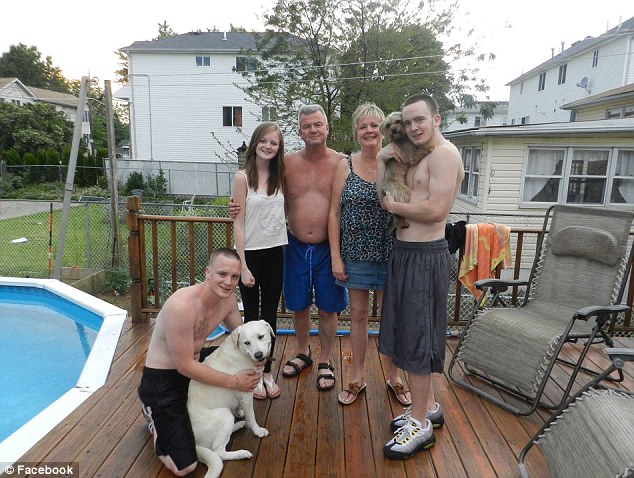 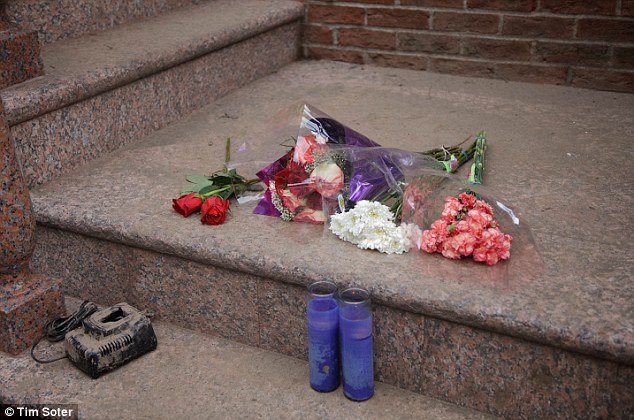 Tribute left outside the home in Staten Island, New York of John K Filipowicz and son John C Filipowicz who drowned in the basement during a flood caused by Superstorm Sandy. 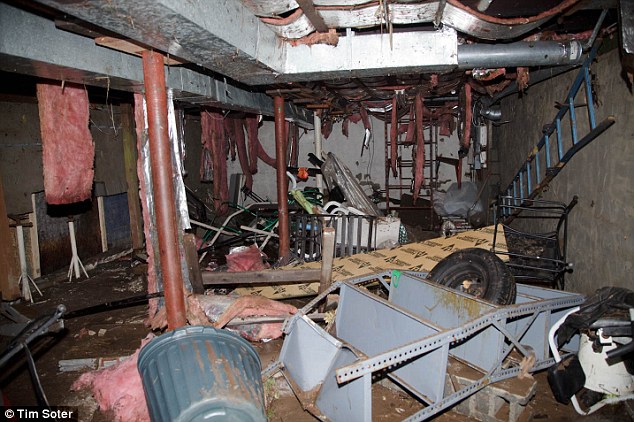 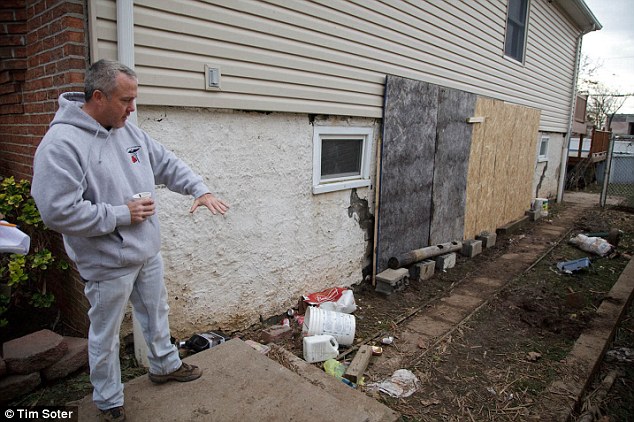 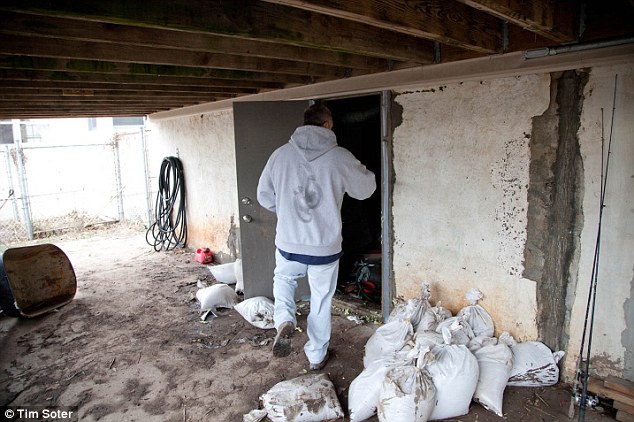 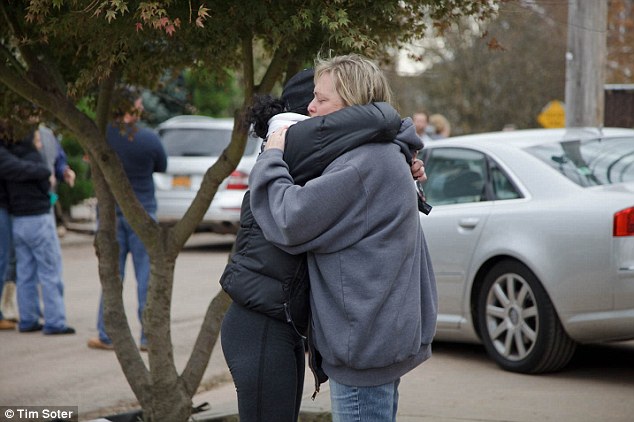 ‘He was my rock’: Christine Filipowicz hugs a friend outside her home

John the elder stayed behind to watch over his house in Staten Island, New York, but his son refused to leave because he wanted to be by his side.

The death means that John the elder’s wife Christine has lost her husband, and her other two children Joseph, a twin of John junior, and Cali, 16, have lost a sibling and their father.

The deaths were among the 19 fatalities on Staten Island due to Superstorm Sandy, more than any other borough in New York. The total U.S. death toll currently stands at 108.

Among the other victims were Connor and Brandon Moore, four and two, who were swept out of mum Glenda’s arms by a giant wave on the East coast of the island. 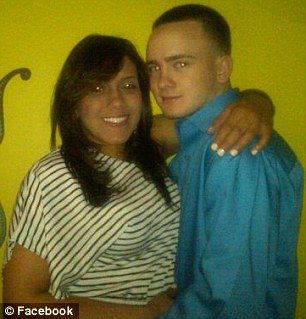 The Filipowicz family live on Fox Beach Avenue which was among the hardest hit streets on Staten Island, where another 51-year-old unidentified man died.

Neil Filipowicz, 46, John the elder’s brother told MailOnline that his brother decided to ignore warnings to evacuate after the weathering hurricane Irene last year and a 1992 storm.

The family today went to inspect the devastating scene where their loved ones had been killed.

He said: ‘I spoke to Joseph and he said that that day he tried to get him to leave. He was on the phone and was telling John (the son) to leave the house. He told him: ‘I’m not leaving Daddy’.

‘There was no way he was going to leave his dad at home. It was a bond how it’s supposed to be with your kids, between a son and a father. They loved each other so much. They had an incredible bond.’

Neil, a retired New York City Firefighter who served on 9/11, said the family became concerned when they were unable to reach either father or son during Monday night’s storm.

Neil went to their house the next day at 7.30am, had a look round the house and noticed his brother’s keys and wallet were on the table but there was no sign of them.

Neil, Christine and other relatives then went round local hostels and when they found nothing Neil went back to the house on his own.

Neil said: ‘I crawled through a hole in the wall that the water had made. I shone my flashlight from right to left and then I saw a hand, to my left.

‘I was praying it was a doll’s hand but I reached in the water and grabbed it and my nephew came up.

‘My brother came up too, he had his arm round the back of his head, shielding him. 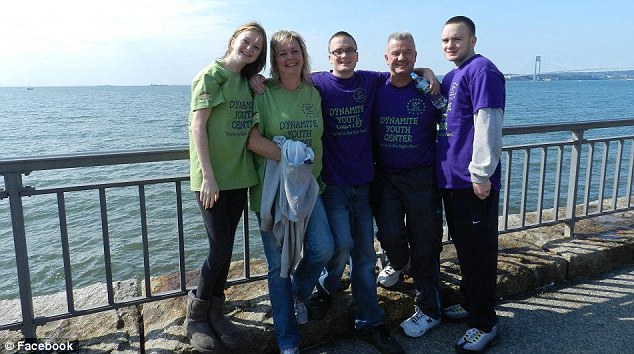 Son John (left) refused to leave his father’s side 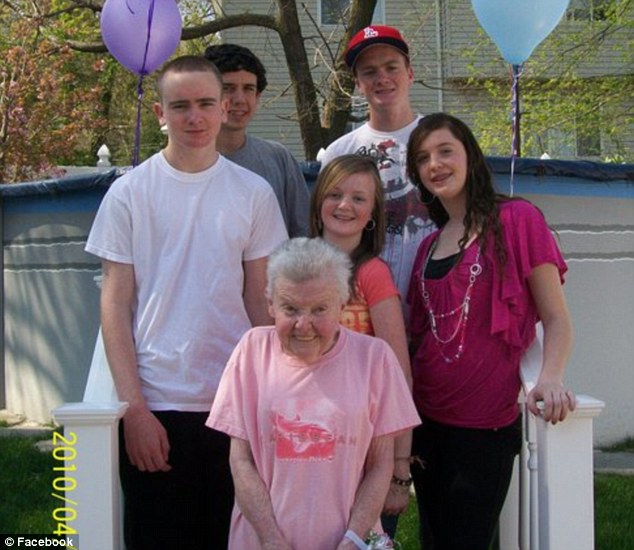 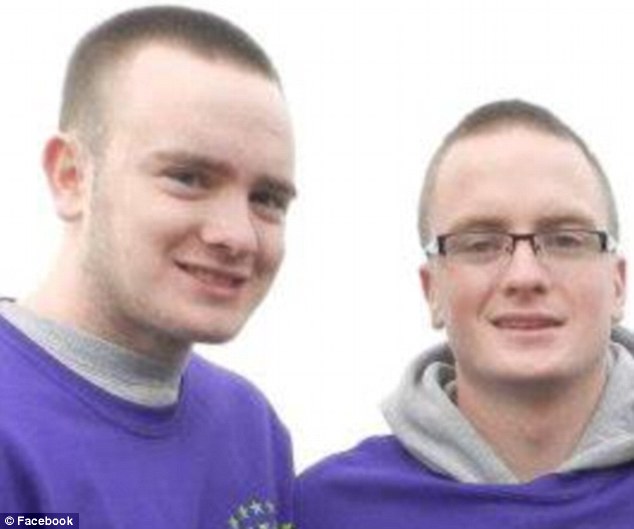 ‘I was pulling both of them at the same time, by their shirts and a neighbour came and helped me remove them and we put them on the side of the house until they were moved by the National Guard and the Medical Examiner.

‘My nephew was holding my brother and my brother was clutching him into his chest as if they knew they were dying.

‘My brother was protecting him. Their eyes were open. My brother looked intense, like he was still trying to fight the end and be the father and protect his son. My nephew was so scared.

‘The water line on this was 10ft up but I’m thinking it must have been much higher.’

Neil said that the two men were in the basement because they were ‘checking on things’ – others on the street had narrow escapes when they did exactly the same.

Neil said: ‘I know my brother had some sandbags outside, he had used some expandable foam on the back door. No water got through it.

‘All the foam had to be cut out, he probably was checking on it and maybe he heard a crack in the structure, but once that gave way, the rush of the water, that pressure.

Some of the cinderblocks are over the other side of the basement. To be pushed like that, they shot like cannon.’

Fighting back the tears, Neil said that he had been on duty as a New York City fireman on 9/11 but that ‘nothing compares to this because of the closeness’.

Neighbours knew John the elder as the ‘mayor’ of the street because he looked after them all by helping clean the snow out of the street in winter. 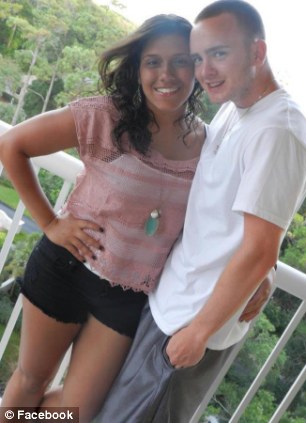 John jr pictured with a friend

They in turn referred to him by the family nickname, ‘Flip’. Paying tribute to his brother, Neil said: ‘My brother was all about family. Even our friends were considered family, it was like an extended family.

‘He was United States Marine out of High School. He served in Greneda then he worked in the New York City Corrections Department and from there he retired and worked for the Concrete Labourers Union for a while.

‘He was a big family man, loved his wife and kids immensely. For the last few years he drove a bus for school kids.

‘He was football coach, a basketball coach. He was school baseball coach as well and was a church going man, he was a regular at St Charles Catholic church’ Neil described John the son as a ‘prince’ who did ‘anything for anyone’.

Speaking to MailOnline outside her home, Christine wiped away the tears as she said that she had not fully accepted what had happened to her family.

She said: ‘I’m just being strong for my children. It’s a shock, I’m going in and out. I’m just trying to hold it together. I have a very good family. ‘John meant the world to me.

Cricket: Broad hit for record 35 runs in over by India’s Bumrah #Breakingnews

Thousands rally in Sudan day after 9 killed during protests #Breakingnews