Gamescom has seen a lot of exciting news and updates from upcoming games including the first concrete details of FIFA 19’s Journey Mode. We’d already seen what’s new in Ultimate Team and the massive changes for Kick Off but fans were left in the dark over Career Mode and Pro Clubs.

Leaks from the FIFA 19 closed beta left fans concerned that Pro Clubs wouldn’t receive any updates and those concerns were correct. EA Sports have confirmed that there are no new features coming to the mode.

Career mode on the other hand has received some changes, according to Gamespot, but nothing major, the experience of the mode will mostly be the same to its predecessor.

The only knowledge we had on Career prior to Gamescom is that the Champions League and Europa League would finally be included in the game as EA Sports were able to get their hands on the UEFA licenses which were previously owned by Konami and PES.

Other than the official trophy and theme song playing before the match, the biggest impact the Champions League will have on Career is the menu layout and design will totally change before a match in the competition.

That was the major priority for EA in Career according to FIFA 19 lead gameplay producer, Sam Rivera. The authentic Champions League matchday experience is excellent but that isn’t exclusive to career.

Career isn’t as popular as Ultimate Team but still has a dedicated community of players. You can’t imagine that a reskin of the menu for a few matches a season was on the top of their wishlists. 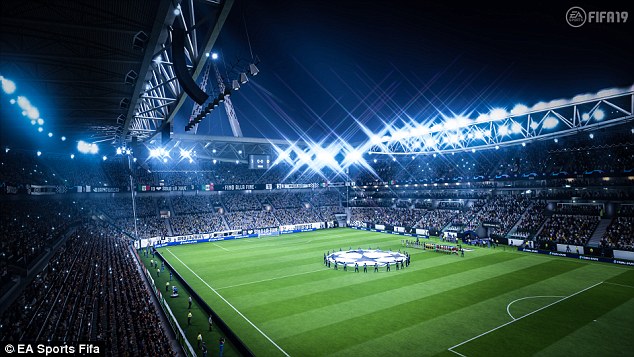 Still the Champions League has inspired one other change in the mode which is that after winning the competition, your club will receive a star above the badge for the next season. It’s a neat little change but again, a very small one in the grand scheme of things.

Outside of the Champions League, there are a couple more changes. One of those is Ultimate AI difficulty which has finally been added to Career after previously only appearing in Ultimate Team. Career revolves around repeatedly playing the AI so a step up in challenge from legendary should be a welcome change.

And the final addition is locker room cutscenes although EA are remaining tight lipped on when exactly this will appear and whether they will have any effect on matches. Previously, EA added transfer negotiation cutscenes which changed how you bought players. For now, we have to assume these won’t play a major role in the game.

Sports Andrew Symonds had no pulse and his dogs refused to leave him when...